What you should know about Covid-19 variants

• Thanks to its exponential spread, Covid-19 has had one to two mutations a month

The Covid-19 pandemic is turning out to be multi-wave. The current wave is coming at a time when many African countries are trying to access and roll out vaccine programmes, while new variants are coming up and raising concerns about the efficacy of the available vaccines.

The World Health Organisation has already warned that the third wave may overwhelm fragile healthcare systems.

In Kenya, the positivity rate is at 8.3 per cent. Reports indicate the third wave is being fuelled by new Covid-19 variants, even though it's hard to verify this as the Ministry of Health, during the daily briefing of Covid-19 cases, does not inform the public on variants possible for the cases.

Dr Eddy Odari, a Kenyan virologist, puts into perspective what mutations and variants are with special reference to Sars-Cov-2 virus and their implications on the efforts being implemented to fight the pandemic.

Why do mutations occur?

In any living cell, whether bacteria, virus or human, we have what we call genetic material, and this can be ribonucleic acid (RNA) or deoxyribonucleic (DNA).

The genetic materials are composed of smaller components known as 'bases'. A group of three bases will form an 'amino acid', and a group of 20 amino acids will form a protein, and proteins will build a whole. In other words, an individual is a mass of proteins.

Proteins will then confer or give specific characteristics, whether colour or complexion, fitness to survive in an environment, and, for disease agents, the proteins will give certain characteristics like attachments or resistance to a specific treatment regimen. 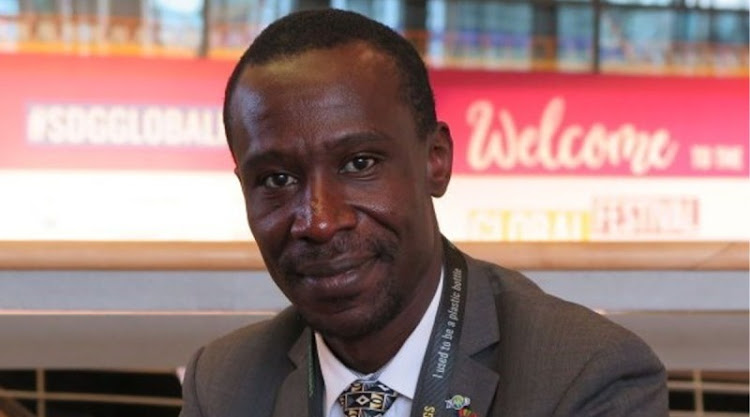 Sometimes a mutation gives a newly produced virus an advantage. Perhaps it allows the virus to bind more tightly to a host cell or helps it escape the immune system

How do mutations happen?

When a virus infects a host cell, its genetic material must be copied so it can replicate (the process of reproduction in a virus) into new viruses.

These new viruses are eventually released from the host cell and can go on to infect new cells. Viruses use an enzyme called a polymerase to copy their genetic material.

However, polymerases aren’t perfect, and they can make mistakes.

These mistakes can result in a mutation. Many times, a mutation either does nothing or is harmful to a virus. But in some cases, it may help the virus.

When mutations are harmful, they can affect a virus’ ability to infect or multiply within a host cell. Because they don’t function well, new viruses that contain a harmful mutation often don’t survive.

However, sometimes a mutation gives a newly produced virus an advantage. Perhaps it allows the virus to bind more tightly to a host cell or helps it escape the immune system.

When this happens, these mutant or variant viruses can become more common within a population. This is what we’re currently seeing with the new variant strains of Sars-CoV-2.

The new coronavirus is an RNA virus: a collection of genetic material packed inside a protein shell.

Once an RNA virus makes contact with a host, it starts to make new copies of itself that can go on to infect other cells.

RNA viruses, like the flu and measles, are more prone to changes and mutations compared to DNA viruses, such as herpes, smallpox and human papillomavirus (HPV).

All viruses can only live in a living cell. When a virus like the Sars-CoV-2 virus, which is responsible for Covid-19, gets into a new cell, say into a human being, it has to adapt to the new environment.

The origins of the virus are believed to have been a pangolin or a bat. Once it jumped to a human being, the virus had to adapt to this new environment.

In its attempt to adapt to this new environment, it undergoes several mutations on the surface protein domain, known as the S-protein.

Since Sars-CoV-2 has been able to infect millions of people in a short time, its rate of mutation has been 1 to 2 mutations per month, generating thousands of what we call mutant strains or variants.

Most mutations are useless and go undetected, but every so often, a series of mutations will produce a variant that’s better at infecting people and making them sick.

That is what we are experiencing now. Experts say the new strains contain mutations that could be making it easier for the virus to bind to our cells.

How many SARS-CoV-2 variants are there?

However, variants of key interest fall into three broad categories based on the impact of the particular variant or mutation on Sars-CoV -2 counter-measures, including vaccine efficacy, development of therapeutics and diagnosis. The variant categories include:

1. Variants of Interest (VoI): a variant whose mutation/genetic markers would be associated with changes to receptor binding (increased or reduced potency of binding) or reduced neutralisation by antibodies generated by previous infection or vaccination or efficacy of treatment or potential impact on diagnostics or predicted increased transmissibility/severity of the disease.

So far, there are six VoI as per the World Health Organisation, whereas the European Centre for Disease Control has identified seven.

Others are 1 (Delta plus), a new variant that is a result of Delta variant mutating, with cases in a few countries namely US, UK, Canada, Nepal, India; 1.617.2 (20A/S:478K), first detected in India (WHO has now declared this a variant of concern. However, the ECDC still considers it a variant of interest); P.2.(20J), detected in Brazil. 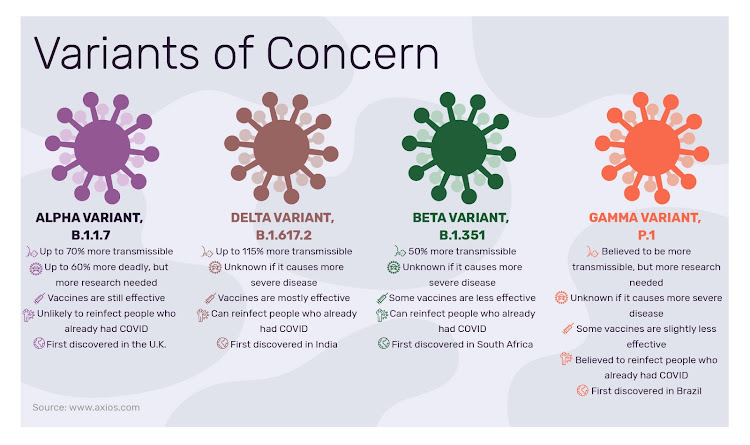 These variants are of concern because they have increased reproductive (replication) and adaptability success (fitness) and are able to be transmitted very fast.

Mutations such as the South African variant have shown that the rate of neutralisation by the antibodies of the previous virus is low or close to nil. This may also mean low vaccine efficacy by the current vaccines.

If these variants outweigh the existing virus strains, it means we may have a trigger of new infections, even in the populations already infected, altogether.

What about Covid variants present in Kenya and East Africa and their implications on already developed vaccines?

So far, Kenya and most East African countries have no recorded data to suggest which of the four variants of concern are becoming dominant, their prevalence or their role in the nations’ surge, with the exception of A.23.1, a variant that originally emerged from Uganda and Rwanda last year and is now dominant in the two countries.

This particular variant is not of concern but of interest as it has a mutation in a particular position of the spike gene that might make it more transmissible than the original virus variant.

Even with the presence of the Delta variant in Kenya, there exists no data that indicates the percentage of infections each variant is responsible for as Kenya, like many other African countries, is only sequencing viral genomes at a rate of less than 1 per cent of administered Covid testing.

The lack of data on the four variants of concern must be taken with caution since the countries have not invested in molecular surveillance to determine the true picture of the variants in these countries.

All the vaccines currently in use — Pfizer, Moderna and AstraZeneca — were generated targeting the wild type strain (Wuhan/China strain) and the US D614G strain, with the exception of the Johnson & Johnson vaccine (which was developed to deal with the B.1.1.7, B1351 and P1 variants).

What it means is that for instance, in Kenya, AstraZeneca would be effective against the two mentioned strains, and studies have shown that it has reduced efficacy against the emerging strains: B.1.617.2.

However, some of the vaccine manufacturing companies are targeting variants in the development of booster vaccines.

Moderna has developed a vaccine against the South African variant, which is now ready for clinical trials. Johnson & Johnson is also working on a particular version of its one-shot vaccine that targets the spike protein of the South African variant. Pfizer-BioNTech is also working on a third dose for those who have already received the two required doses as an additional approach to dealing with the emerging variants.

Novavax has already crafted strain-specific versions of its original vaccine and is testing them on monkeys.

With human clinical trials expected to begin in the middle of this year, which will not only include variant-specific vaccines but also a multivalent one designed to protect against all known strains of the virus that causes Covid-19.

Can the mutations in the Sars-Cov-2 result in a completely different disease?

No, mutations may not lead to entirely new diseases. It may, however, change the severity, rate of transmission or presentation symptoms of the disease.

For instance, the B.1.1.7 variant is estimated to be up to 70 per cent more transmissible.

So far, the mutations in the three strains of concern have not shown an increased rate in disease severity, with the exception of B.1.617.2 (first identified in India).

However, some studies have shown that mutations (deletion specifically) in a variant known as the Δ382 variant has reported reduced severity in infection and the inflammatory response. 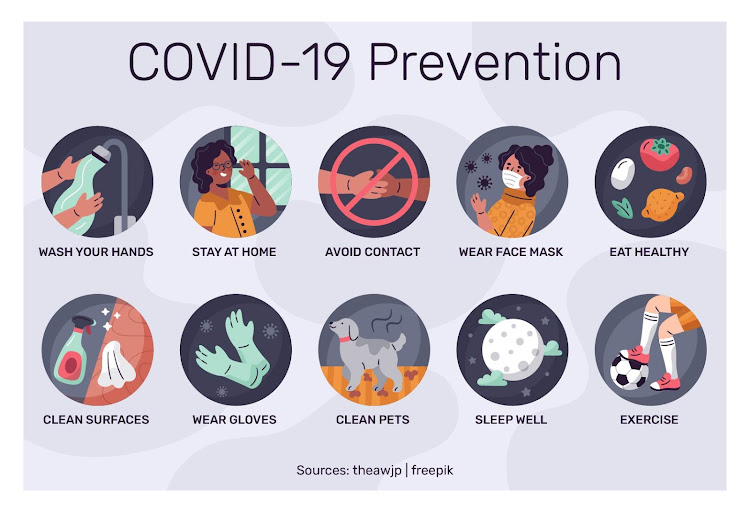 Is human behaviour responsible for the emergence of the various variants through mutations?

There is no indication that human behaviour contributes to mutations and variants in Sars-CoV-2.

Human behaviour will, however, determine how fast or slow the new variants will spread in the community.

However, we note that in general terms, human behaviours, such as non-adherence to medication, alcoholism, use of tobacco, and so on, have driven mutations and generated new variants/strains as we see with HIV, tuberculosis and antibiotic resistance.

This article was produced by the Africa Women’s Journalism Project in partnership with Article 19, Meedan and the International Centre for Journalists