How adopt-a-forest strategy is boosting push for 10% cover

State is keen to raise the cover from the current 7.2 per cent by 2022

• The law envisages 10 per cent forest cover, so two billion trees should be planted 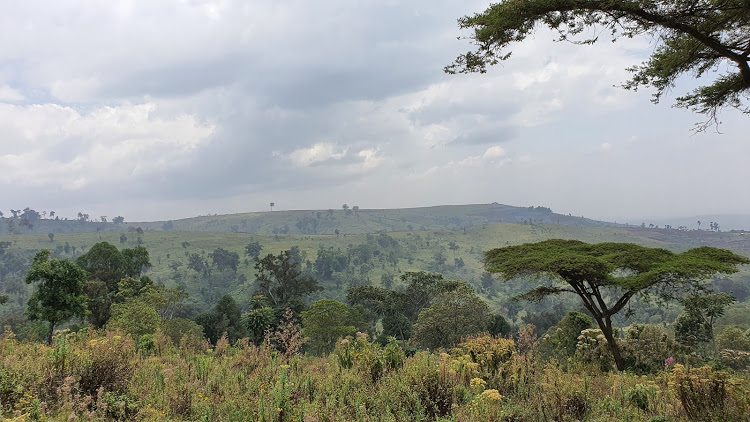 The government is pulling all the stops to ensure the national target of 10 per cent forest cover is achieved by next year.

Initially, the state intended to attain the 10 per cent cover by 2030, but it was pushed forward. For this target to be achieved, some two billion tree seedlings have to be planted and nurtured in a venture that will need Sh48 billion.

This is an enormous task, but authorities believe it is easily surmountable with the active participation of both state and non-state actors. Indeed, this collaboration has yielded the adopt-a-forest strategy that is accelerating implementation.

They contribute 3.6 per cent to Gross Domestic Product, excluding environmental services and contributions to other sectors.

Forests support all aspects of life, apart from being the most important source of energy.

They also support key sectors of the economy in the water, agricultural, energy (hydro), manufacturing and tourism sectors, among others, while also regulating our environment by sequestering carbon to give clean air.

Despite their significance, forests are under pressure from various threats.

These include a change in land use, population pressure, impacts of climate change and forest ecosystems degradation. Others are deforestation, inadequate financing and over-dependence on forest resources for livelihoods by forest-adjacent communities. 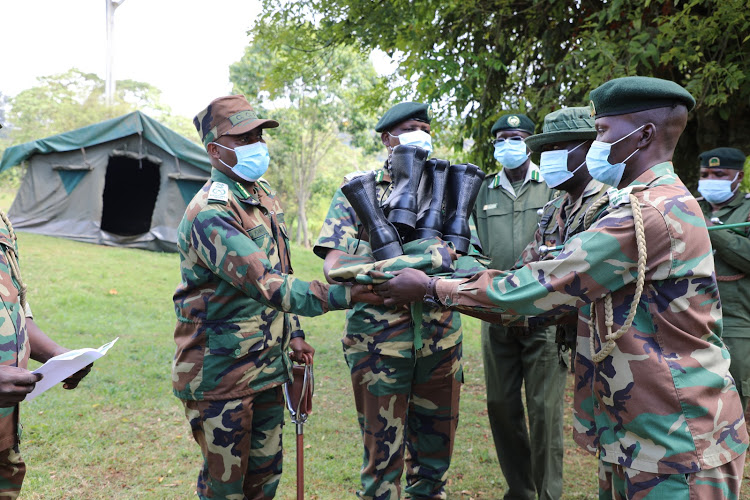 The Kenya Forest Service, through well-structured partnerships, is making commendable progress across the country

HOW NARRATIVE IS CHANGING

State actors were directed to participate in tree planting as part of their Corporate Social Responsibility and to allocate 10 per cent of their CSR budget towards seedling production and tree planting.

Ministries, departments and agencies have responded well to the presidential directive. KFS has received immense support from various public and private organisations through concerted efforts in tree planting initiatives.

A multi-stakeholder and multi-agency approach signifies a new strategy the country is taking towards conserving vital forest resources.

Kamau says KFS has entered into Frameworks of Collaboration with both state and non-state actors, who have also adopted forest sites and blocks in different parts of the country.

The adopt-a-forest strategy is a shining example of this collaboration. Stakeholders are allowed to invest in the restoration of forest ecosystems.

Kamau said about 60 entities have adopted more than 60,000 acres in the last two years.

The Kenya Defence Forces, through the Environmental Soldier Programme, has adopted 123 acres in Ngong Hills, Kibiku and Ololua forests.

Many other institutions have also adopted various forests.

Since 2018, KFS has recovered more than 138,000 acres of forest land that had been illegally and irregularly acquired.

Some 78 million tree seedlings have been planted for natural forest restoration and rehabilitation.

Other initiatives started include engaging the youth in creating awareness on tree growing through social media.

The chief conservator said applying modern technologies in drylands, such as improved germplasm and water harvesting, have also been handy.

“We have also mainstreamed human rights-based approaches in forest management in partnership with the Kenya National Commission on Human Rights to reduce conflicts,” he said.

KFS manages 6.4 million acres and helps counties manage 4.2 million acres. More than 900,000 acres of public forests under KFS are degraded and needed to be fixed.

The service has also been engaging forest-adjacent communities in forest conservation efforts.

Through the Participatory Forest Management model, the role of Community Forest Associations (CFAs) has been expanded and amplified.

Kamau said the model has proved so successful in all the subsequent legislation pertaining to forest management in Kenya.

He said the ongoing collaboration between the service and CFAs is widely regarded as a triumph for community-based participatory forest management in the country, and as a model for the restoration of forest ecosystems in many parts of the country.

The CCF said KFS is still keen on fostering future meaningful partnerships with other interested partners as the country strives towards attaining and maintaining 10 per cent forest cover by 2022. 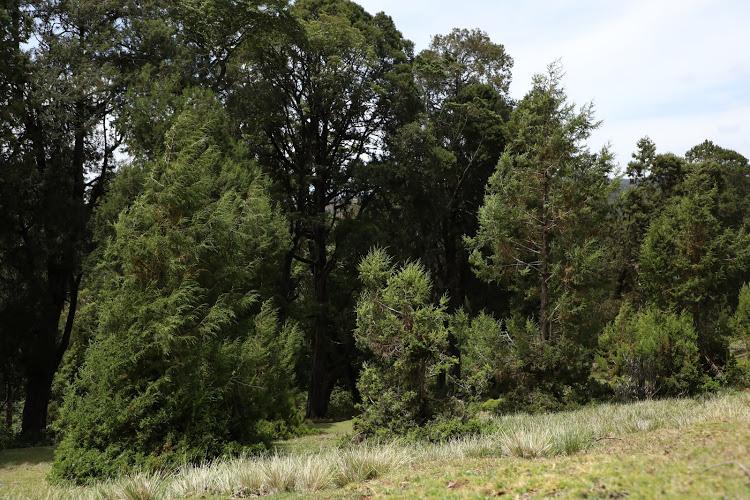 A section of Embobut forest that is regenerating on its own
Image: GILBERT KOECH

Kamau said fencing of some of the critical and threatened forest ecosystems is being done through a partnership with stakeholders, with resources mobilised from within the country and beyond.

He said fencing aims to enhance forest protection and conservation to allow natural regeneration of forests and secure planted areas.

Kamau said the fence is not a barrier but regulates access to forest areas and secures the integrity of forest boundaries.

He said such fences protect lives, properties and investments of forest-adjacent communities.

Some of the fences put up with the help of partners such as Rhino Ark, a conservation NGO, include Mau Eburu, Aberdares and Mt Kenya ecosystems.

The Kenya Water Towers Agency is also putting up an electric fence within the Maasai Mau forest to protect the most degraded areas and allow for rehabilitation and tree planting.

The degraded areas are those from which illegal settlers were evicted.

The fence is to cover a perimeter of about 120km from Sierra Leone to Olkurto.

“Mobile phones with Smart Technology App are being used to monitor, report and act on changes in forest cover in near real-time on a pilot basis,” the chief conservator said.

He said internal platforms have been developed to enhance reporting on seedling production, forest crimes, forest fires and tree planting activities across the country.

Other initiatives include the procurement and deployment of drones with the support of UN FAO.

KFS has also urged private nurseries to register through an online platform to be certified by Kenya Forest Research Institute.

Kefri has also developed a new mobile app that automatically informs Kenyans of the best species to plant in their areas and tracks their growth.

Kefri App was launched during the National Conference on Forestry Innovations, whose theme was: 'Inspiring innovation in forestry to accelerate the attainment of the Big Four Agenda'.

“They will also monitor the survival of planted trees and, when fully implemented, it will provide big data on the total number of trees planted in the country, disaggregated by species, age, county or region, and so on,” she said.

Njuguna said once trees have been planted, Kefri officials will have to verify that the trees were indeed planted and that they survived before data is fed into the system. This, she said, will ensure data is accurate.

Aerial seeding is another technology that has been embraced as was used a few years ago to restore Maasai Mau.

Institutional reforms have also been rolled out at the KFS and Kefri. At KFS, this was ushered in following the moratorium on logging.

The move was meant to curb the wanton forest destruction and all the illegal activities identified by a task force formed by the government.

At Kefri, reforms have also been going on with a view to enhancing seed production capacity.

In support of the move to increase forest cover to 10 per cent, Kefri has produced 55 metric tonnes of seeds.

The institute had been tasked by the government that by June 2021, it was supposed to have hit 160 metric tonnes to be shared out to enhance the cover.