• Kenya's economy is largely dependent on tourism and rainfed agriculture, which susceptible to climate change and extreme weather patterns.

• Droughts have continuously threatened Kenya’s food security, through crop failure, loss of livestock and people in northern Kenya as well as Northeastern. 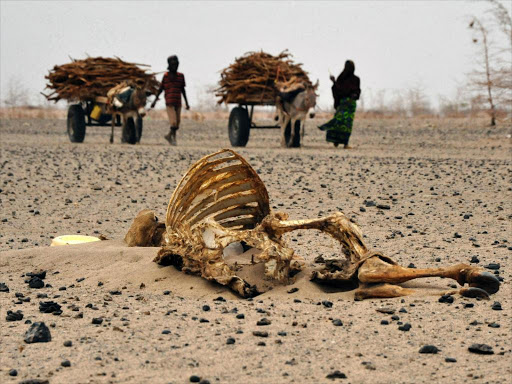 Kenya is very vulnerable to climate change, with projections showing its temperature will rise up to 2.5ºC between 2000-50, while rainfall will become more intense and less predictable. This is according to a climate change report profile published by the Netherlands Ministry of Foreign Affairs.

This is an issue of concern for Kenya because despite contributing the least to global emissions, it has suffered the ravages of floods, landslides, droughts and other natural calamities.

Also, Kenya's economy is largely dependent on tourism and rainfed agriculture, which susceptible to climate change and extreme weather patterns.

Droughts have continuously threatened Kenya’s food security, through crop failure, loss of livestock and people in northern Kenya as well as Northeastern.

Speaking during the virtual EU-Kenya Green Diplomacy, Tobiko said Kenya is on track to ensure its updated Climate Change Action Plan and Circular Economy are mainstreamed as important tools in the fight against climate change and for the attainment of the SDGs.

“Kenya is finalising its long-term Greenhouse Gas Emission Strategy (2050), which will, among others, enhance the scope of circular economy interventions in all sectors, and ensure principles that underpin the EU-Green Diplomacy are aligned with Kenya’s Green Growth Agenda.”

CS Tobiko said Kenya has signed and ratified key multilateral environmental conventions, treaties and agreements that by virtue of Article 2 (6) of the Constitution, they are laws of Kenya

“Kenya has made significant achievements in promoting environmental sustainability, and greening of the economy, by among others banning of single use polythene bags nationally and single use plastics in protected conservation areas; developing a sustainable waste management policy and legislation; developing regulations on extended producer responsibility, plastic and chemical Management and e-waste,” the CS said.

Speaking at the same event, CBK Governor Patrick Njoroge said they will continue cooperating with the EU and support from the banking institution as Kenya embarks in the green financing journey.

“Accordingly, in this Year of Climate Action in the lead up to COP-26, we will work with the banking sector to develop guidelines on climate risk assessment and embedding climate related financial reporting disclosures in the financial sector,” he said.

Caroline Kibii, an environmental scientist and researcher, informs that Kenya recently submitted an updated Nationally Determined Contribution to the UN Framework Convention on Climate Change, promising to abate greenhouse gas emission by 32 per cent by 2030.

To realise this, Kibii says,  Kenya must invest more in renewable energy.

"We have a greater potential for wind and solar energy sources that are cheaper in the long run. The national government can allocate more funds towards developing solar or wind power mini-grids, especially in marginalised areas that are yet to be connected to the national grid," she said.

The scientist notes that the energy and transport sectors contribute more GHG emissions compared to any other industry.

To reduce these emissions, Kibii advises that the national government should encourage more people to buy electric or solar-powered vehicles by subsidising the duty fee.

"This also means installing several car charging points across the country," she says.

The counties, too have a role to play.

"For instance, charcoal burning is intense in several counties. Cutting down trees hinders carbon absorption from the atmosphere, given that trees are the leading carbon sinks. Counties should develop plans to plant as many trees as possible to achieve the 10per cent national tree cover target by 2030 and reduce charcoal burning.

"Legal tree harvesting should be strictly regulated and all licensed persons should abide by the forest regulations; otherwise, the tree planting initiatives will be irrelevant," Kibii says.

Charcoal trade is a security threat to residents, cause untold health challenges