Down syndrome arises from having an extra chromosome at birth

• It affects physical appearance and can cause heart , blood and immunity problems 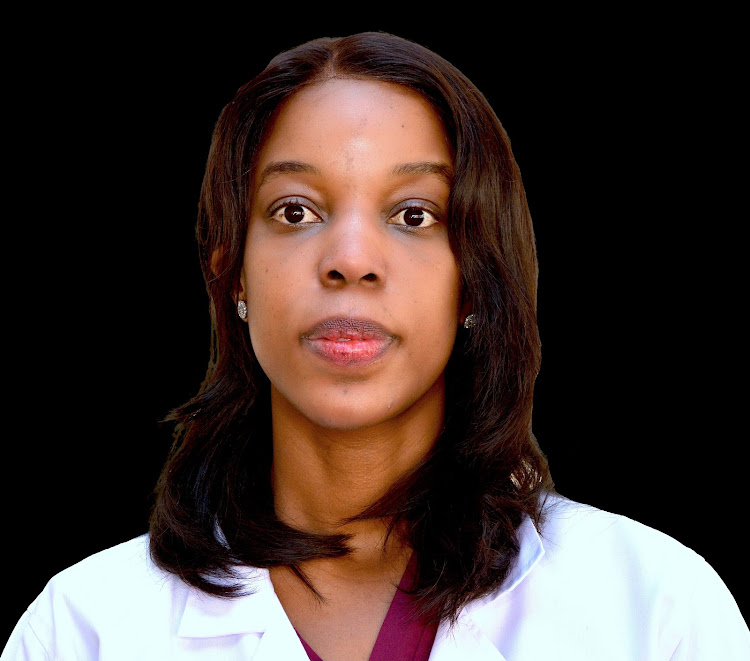 Down syndrome is a genetic disorder where a person has three copies of chromosome 21 instead of two. Chromosomes are small “packages” of genes in the body. They determine how a baby’s body forms and functions as it grows in the womb and after birth. Down syndrome is named after the English doctor, John Langdon Down, who was the first to characterise the condition.

A normal baby is born with 46 chromosomes (each cell contains 23 pairs), but babies with Down syndrome have 47. This extra chromosome changes how the baby’s body and brain develop, which can cause mental and physical challenges for the baby. It is the most frequently occurring chromosomal disorder.

A person with Down syndrome can be identified by their unique physical features, which include a flattened face, slanted eyes, a short neck, small ears, a tongue that tends to stick out of the mouth, small hands and feet and tiny spots on the iris of the eye. They also tend to be shorter in height as children and adults with poor muscle tone.

Classical Down syndrome is not an inherited condition. It usually occurs because of a chance happening at the time of conception. However, in rare cases (less than 5 per cent), some recombinant genetic errors can be transmitted from parents to their offspring. Increasing maternal age after 35 years is one of the known risk factors.

There are two basic types of tests available to detect Down syndrome during pregnancy: screening tests and diagnostic tests. A screening test can tell a woman and her healthcare provider whether her pregnancy has a lower or higher chance of having the condition, but do not provide an absolute diagnosis. They are safer than diagnostic tests for the mother and the developing baby.

Screening tests often include a combination of a blood test, which measures the amount of various substances in the mother’s blood, and an ultrasound, which creates a picture of the baby. During an ultrasound, one of the things the technician looks at is the fluid behind the baby’s neck. Extra fluid in this region could indicate a genetic problem.

Diagnostic tests on the other hand can typically detect whether or not a baby will have Down syndrome, but they can be riskier for the mother and developing baby.

These tests are usually performed after a positive screening test to confirm a Down syndrome diagnosis by looking for changes in the chromosomes that would indicate the condition. This involves examining material from the placenta, the amniotic fluid and blood from the umbilical cord. Some of these tests may carry some risks depending on gestation and need to be discussed with the doctor.

Apart from its effects on appearance, Down syndrome can cause a number of medical complications. Some of these are more serious than others, but most of them can be treated. The most serious complications include heart defects, blood disorders like leukaemia and immune system problems.

Approximately half of all babies with Down syndrome are born with heart defects. Usually, these defects affect the walls separating the four chambers of the heart. The condition can also cause blood cell abnormalities such as leukemia.

The immune system of people with Down syndrome is compromised and they are more vulnerable to infections, certain kinds of cancer and autoimmune conditions. They also suffer from stomach and digestive problems, including abnormally formed digestive organs that may require surgery, and celiac disease, a condition that impairs their ability to absorb nutrients, especially gluten.

Down syndrome can affect the way the body produces or responds to hormones, causing hormonal disorders that contribute to obesity problems and Type 1 diabetes. People with Down syndrome also suffer from skeletal problems caused by too much flexibility between the bones at the top of the spine that support the head.

Though there is no cure for Down syndrome, there are services available to help babies and children improve their physical and intellectual abilities. The management of Down syndrome requires a team approach led by the paediatrician or paediatric geneticist. It includes speech, occupational and physical therapy, dietician or nutritional support and audiology and learning needs assessments. A cardiologist and endocrinologist also constitute the team that assesses children with Down syndrome as per the individual patient's needs highlighted in this article.

Due to advances in medical technology, individuals with Down syndrome are living longer than ever before.