Efforts to save Embobut forest pay off 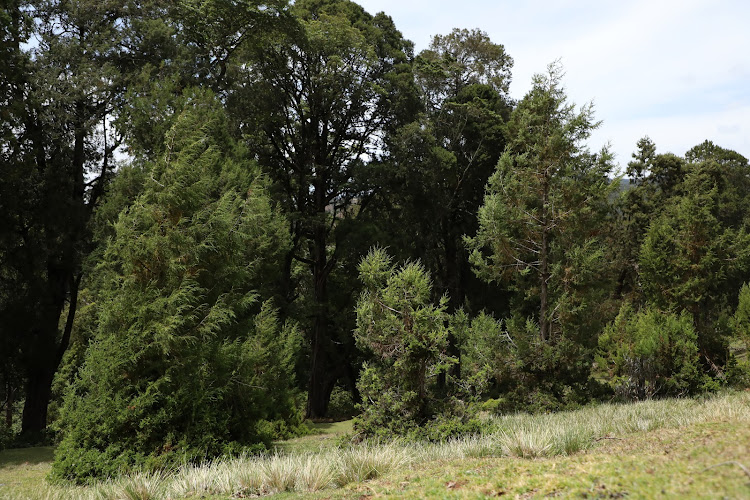 Section of Embobut forest area that is regenerating on its own
Image: GILBERT KOECH

Each time Joseph Kiptoo is within the precincts of Embobut forest, he remembers with nostalgia his childhood days.

Kiptoo, a member of the Sengwer community, used to play with his friends in 'their ancestral land' and even venture out to look for wild fruits.

Life then was easygoing.

"We need to be given permission to protect this forest using the indigenous knowledge we have. We need to collaborate with the Kenya Forest Service in doing this," Kiptoo said, gazing at the deepest part of the forest.

He said they used to keep their animals deep inside the Embobut forest in the 1990s.

The forest had been divided into sections, with each member of the community taking care of the sections to curb illegal activities.

Cutting a tree meant one needed to seek permission from elders, whose decision was final.

Kiptoo said the uncontrolled number of livestock in the forest contributed to the degradation of the forest.

"We do not want to lose our culture and tradition. Our traditional knowledge is also key in preserving this ancestral land," he said.

Kiptoo said his community has a lot of attachment to the forest.

"We have a cultural and spiritual attachment to the Embobut Forest," he said.

The community was evicted after a long-drawn-out tug of war with the government. And though they are resentful, the forest has now had space to regenerate. There is improved water flow in rivers, resource-based conflicts have reduced and there’s plenty of food. Downstream communities also go a shorter distance in search of water now. 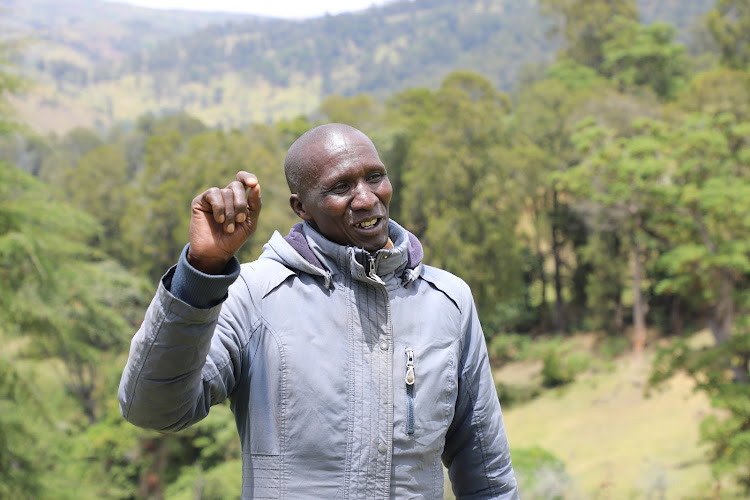 The forest borders Kerio Valley to the North and is a gazetted public forest, having been declared a central forest through proclamation order No. 26 of 6th November 1954.

The ecosystem lies in the larger Cherangani hills water tower, a major watershed area draining its waters into Lake Turkana and Victoria basins.

Main River tributaries emerge from the tower and feed into the Kerio Valley in West Pokot and River Nzoia, which flows into Lake Victoria.

The Western Region towns access water supply from its tributaries as well as in supporting the livelihood systems for the upstream and downstream communities.

The acting head of North Rift Conservancy Anthony Musyoka said few permit holders from the adjacent community were allowed to occupy open grasslands for grazing by the colonial government.

"They were not allowed to cultivate," Musyoka said.

Later, hunters and gatherers from the Marakwet community who had no permits, entered the forest and continued to inhabit the area, he said.

In 1962, landslide victims from Katilit, Kamoi, Kaptul/Kapcheseger and Kirewawa joined the permit holders in the open grounds.

Musyoka said the population of the permit holders (Sengwer/Kimala) and landslide victims increased with time, forcing some to venture out of the glades to the deep forest.

The lifestyle of Sengwer-Kimala, under the influence of other communities who had joined them, adopted agrarian activities contrary to the forest policy, he said.

The growth in population and the subsequent pressure on the ecosystem resources resulted in timber logging, illegal charcoal production, and deforestation to create space for farming, overgrazing and artificial glades, illegal settlements and diminishing water flows in the river downstream communities.

The adverse effects forced the government to find a lasting solution. 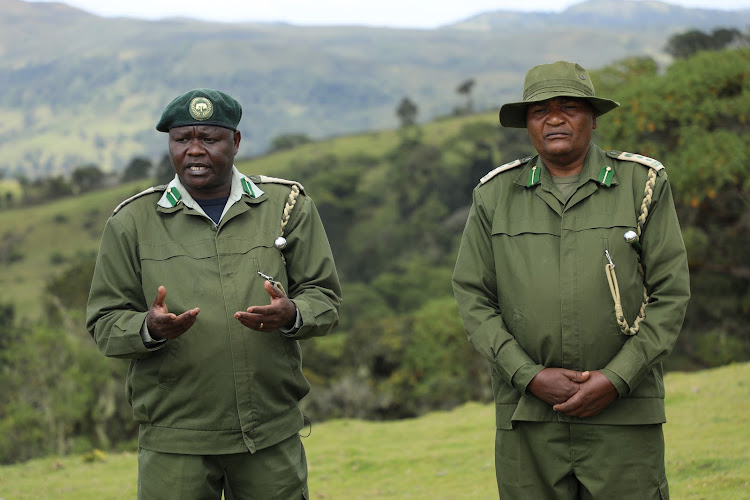 Musyoka said several evictions were attempted between 1980 and 2008 but were not successful.

In March 2009, a vacation notice was issued to all people living in the forest to move out to forestall further destruction.

On April 4, 2009, the government held meetings with the affected communities in the region in a bid to address the issue of squatters and restore the Embobut forest.

During the meetings, it was pointed out that there was a need for a long-term solution for the forest to be restored.

It was also agreed that there was a need for an inclusive task force to be formed to look into forest issues on protection and conservation.

Musyoka said those who had settled deep inside the forest and were carrying out farming activities were to be removed.

Most of them were planting potatoes, he said.

The terms of reference of the task force were to inquire and determine the categories of squatters affected by evictions and verify those with the genuine rights for alternative settlement.

The team was also to collect and collate through public barazas and other sources the number and categories of vetted genuine squatters to be presented to the government for alternative resettlement.

A convenient temporary resettlement site was also to be found for genuine squatters, while waiting for a decision on permanent alternative resettlement.

The team was also to make an inventory of public utilities in the forest land below the road towards Kerio Valley with a view of proposing action to be taken.

The task force embarked on the study before writing a report. Musyoka said the Special Programmes ministry recommended the validation of the task force report.

In June 2012, the task force started implementing its recommendation of the special programmes ministry by holding public barazas.

The main purpose was to verify real names and identify the number of genuine squatters to be given alternative resettlement.

The squatters were also sensitised to be ready for resettlement.

After the validation process, the task force came up with a harmonised register of 2,874 Embobut forest evictees (genuine squatters).

The names were later forwarded to the Special Programmes ministry towards the end of June 2012 for implementation.

Musyoka said the government acquired land in Nakuru county in August 2012 before a team of representatives of the squatters from all the glades was selected to go and view the land, which they later rejected.

"The government went to look for alternative land and later managed to purchase a farm in Moiben, Uasin Gishu county, to resettle 400 beneficiaries in phase one," Musyoka said.

On March 15, 2013, a meeting of genuine squatters was convened by the Marakwet East district commissioner at Tangul Primary School grounds.

The meeting was attended by officials from the Special Programmes ministry and the Office of the President.

The purpose of the meeting was to give the genuine squatters an opportunity to ballot for the 400 parcels of land, which they denied, demanding that they need to be resettled all at once.

On November 15, 2013, President Uhuru Kenyatta and Deputy President William Ruto launched compensation of identified squatters at Tangul Primary School in Marakwet East, where all 2,874 beneficiaries, including the Sengwer, were paid Sh410,000.

They were then given 60 days to move out of the forest with their belongings.

Musyoka said in early 2014 after compensation, a multi-agency enforcement unit was deployed to secure the forest and ensure no one went back.

"To ease protection and management, the government gazetted and established Kapyego forest station."

Musyoka said the forest has in the recent past been used as a hideout for cattle rustlers.

He said the challenge is that there is no road network that allows rangers to go deep into the forest.

Musyoka said the best way communities adjacent to the forest can benefit is by forming Community Forest Associations.

Then will the communities be given user rights.

"There is a lot of potential in this area in as far as ecotourism is concerned," he said.

Musyoka said a grazing committee needs to be formed to follow grazing guidelines.

He said the forest, which has huge trees that is more than 200 years old, will regenerate on its own.

Musyoka said aerial seeding also needs to be done as the area is vast.

Area peace chairman William Rotich said there are several weapons in the hands of cattle rustlers, which has cost many people their lives.

Mary Kemboi, one of the squatters removed from the forest, said they now lead a decent life.

"We used to have a lot of livestock and conflict was very high due to boundaries," Kemboi said.

She stayed in the forest for four years before leaving after getting compensated.

Communities downstream lauded the government's move to kick out squatters.

Peter Chelangat said water levels have increased and conflict over the commodity has gone down.

He said they used to cover several kilometres looking for the commodity.