She made top lawyers tremble, now vies for clients with them

• She left in 2019 to pursue private practice, driven by self-belief and Fida pacesetters 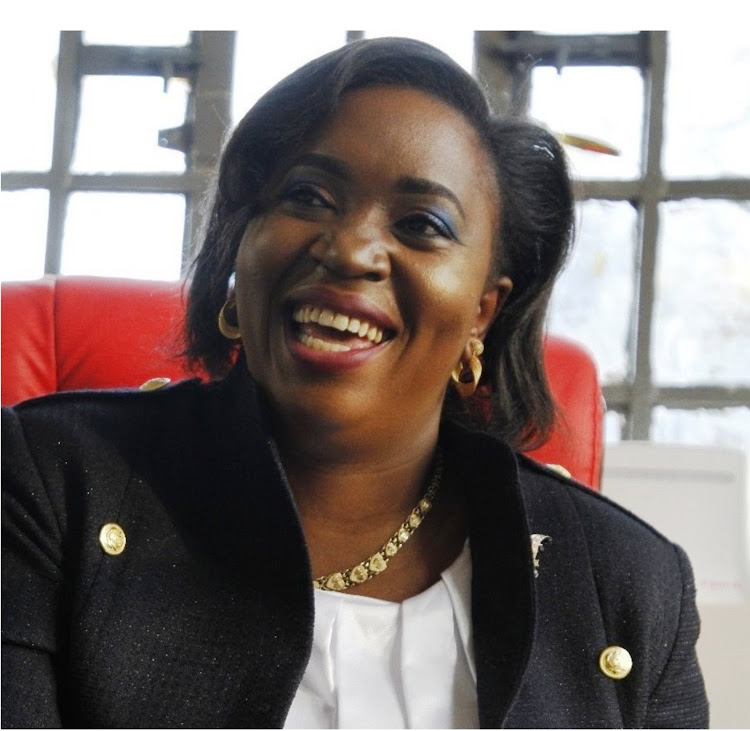 For close to 10 years, Jemimah Aluda worked as a top prosecutor at the office of the DPP, handling high-profile corruption cases, which led to several convictions.

Some of the prominent cases she handled are the NYS 1 case, the cemetery case and former Governor Evans Kidero’s corruption case that is still ongoing.

However, in January this year, she came to court and was introduced as the lead lawyer in MP James Gakuya’s corruption case.

People are asking why Aluda chose to switch sides at a time when she was at the peak of her career at the ODPP.

We caught up with Aluda, 37, at her new office on Ngong Road, where she has set up shop to begin her private practice.

Aluda says she left the prosecution in late 2019 and strategised how she was going to open a law firm, which she finally did in January this year.

The former prosecutor describes herself as a visionary practitioner meticulous in her work and focused.

Aluda grew up partly in Mombasa in a slum called Magongo, where she was raised for the first 11 years of her life.

“Life was not interesting, but I remember I really used to focus on my studies. Then we shifted to Kisumu for the next 10 years of my life, where I finished my primary and secondary school,” she says.

The lawyer grew up in a family of 10 along with four relatives in a two-room house. Four siblings have since died.

Coming from a humble background engineered her to work hard to be the change in her family all around her.

“Your background determined your level of success because there are things you miss in life that you would want yourself or your children to have,” she said.

When her family moved to Kisumu, they lived in a small village called Kasule in Manyatta, where she sat her KCPE and KCSE exams.

She then joined UoN in 2004 through the regular programme, then after four years, she got married and joined the Kenya School of Law in 2009.

Aluda says the inspiration to study law came about when she was a young girl in the early 90s. Robert Ouko was assassinated and his inquest really intrigued her.

“I used to read the newspapers and follow the media, and there was the probe of Robert Ouko’s death seeking justice. And that’s when I started having a passion for seeking justice for people,” she said.

Having been brought up in the slums, she knew there were a lot of defilement cases and she wanted to seek justice for victims.

“I was admitted to the bar on January 2011 and it has been 10 years in practice, and I can now confidently say that I'm qualified to be a judge,” she said.

In December 2010, there was an advert from the office of the DPP. At that time, she had not been admitted, but she applied and was hired in March 2011.

After their recruitment in 2011, in July of that year, the prosecution became independent as the Office of the Director of Public Prosecutions. 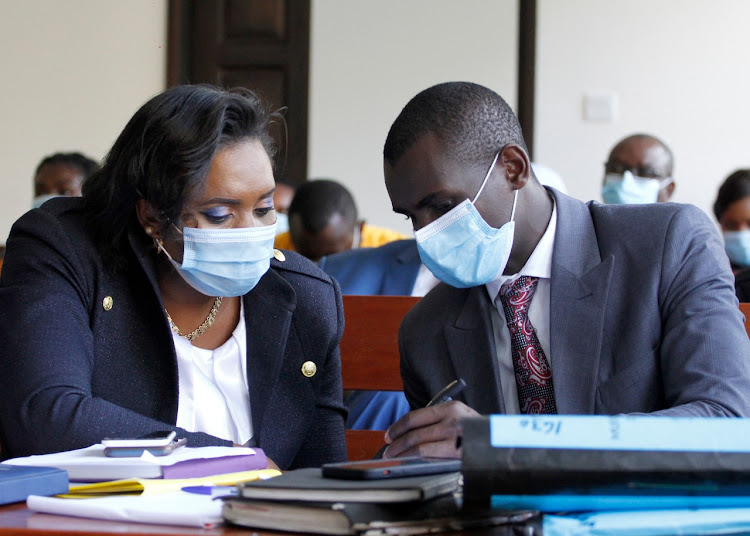 We developed the plea bargaining guidelines just to give an alternative to prosecution so we could deal with case backlog and petty offenders, which is one of the best achievements I have left with the office

WORKING FOR THE DPP

At the time she joined the DPP, Aluda had a young family, but she managed to juggle family and work plus Master's.

“It was an interesting journey, I must say. Sometimes you could wake up in the morning and find a file on your desk, maybe the matter was served the previous day or at 5am. So you find yourself going to court in the morning with the file,” she says.

Aluda says she achieved a lot in the nine years she was at the DPP, which included spearheading development of various policies in election laws, Election Offences Act, and working with the NCIC to develop conciliation guidelines.

“We developed the plea bargaining guidelines just to give an alternative to prosecution so we could deal with case backlog and petty offenders, giving people a second chance, which is one of the best achievements I feel like I have left with the office,” she said.

The major cases she has handled include the Free Primary Education scandal, where several Ministry of Education officials were charged in connection with the loss of millions of shillings in public funds.

“I was very happy when we were able to sustain the conviction of [Concilia] Ondiek, who had participated in the corruption of FPE,” Aluda says.

She was also the prosecutor for both cemetery land fraud cases, where she equally got convictions of the late town clerk John Gakuo and ex-PS Sammy Kirui.

She partly handled former Governor Evans Kidero’s corruption case, where several applications were filed and in some of them, the court ruled in the DPP's favour.

“It’s not easy appearing before senior counsel James Orengo and LSK president Nelson Havi, the likes of senior counsel Kioko Kilukumi, Katwa Kigen. I can gladly say that whenever we would go to court and they saw me on the other side, they trembled,” Aluda says.

Asked why she decided to switch at the peak of her career, Aluda says she was motivated to open a firm after seeing her senior female colleagues at Fida running their own.

“I saw a lot of cases that were coming to court with very senior lawyers and I challenged them so well in court. So I asked myself, why can’t I be the alternative voice to represent them equally, just the way these lawyers are doing?” she said.

However, Aluda says it’s awkward to appear before her former colleagues because she has now switched sides.

“I have to challenge them and the good thing is I know the loopholes of the system and they know me as a very good counsel, and they know we are expecting a run from this lady,” she said.

Aluda says what’s important is friendship and understanding that now I have to represent my client. At that time, I was representing the government, but now my client has changed," she said.

She has no qualms with going from convicting suspects to defending them.

“Nothing much has changed, we still have to upload the principles of the law, but now I appear on this other side,” she said.

“Integrity is still very paramount to the profession, whether prosecution or defence.”

Aluda cannot represent a client in a case that she had already prosecuted while at the DPP, unless it’s a totally different matter.

She can also not appear in any other matter that she had given her opinion on while serving at the office of the DPP.

From convicting accused persons as magistrate to being a lawyer

Aluda is a mother of five, three boys and two girls. "My husband and I also have six couples we walk with, who are our sons and daughters in faith," she said.

The mother of five says balancing work and family is not hard if you plan well. She is at the office by 6.30am and home by 5pm.

In her free time, she loves cooking for her family and singing praise and worship songs. She also likes meditating, which has led her to write a spiritual book during Covid-19 titled, 'God is never late'.

“I want to encourage women lawyers to be that voice that people want to see. We can equally be out here and represent these big cases, they are not only for male counterparts,” she says.

What motivates her is the urge for change. the urge for power for women to occupy to be able to be the alternative voice. "I believe I am that change and I have that voice that I can be able to sit on the table and shape policies and change the society."

In 10 years to come, she aspires to be the first female Chief Justice, and she is definitely working towards it.