‘Even amidst pandemic, diplomacy cannot stop’

Kenya and Japan have had long-standing diplomatic ties over the years.

On Tuesday, Japan’s Foreign minister Toshimitsu Motegi will visit Kenya to discuss, among other issues, foreign policy; the role the country will play in the next TICAD which will be held in Tunisia in 2022; and cooperation as Kenya’s membership to the UNSC begins this January.

The Star interviewed Japan’s Ambassador to Kenya Ryoichi Horie on Kenya-Japan relations ahead of the visit.

It has been one and a half years since your posting as Ambassador Extraordinary Plenipotentiary of Japan to Kenya. What is your experience working in Kenya, and what have been your achievements so far?

It was 1982 that I started my career with Africa, working in Nigeria. I had also visited more than 10 African countries while I was working at the African Department in Tokyo. In 2012, I was appointed Ambassador of Japan to Sudan and worked there for one and a half years. In July 2019, I came back to this beautiful and promising continent as Ambassador of Japan to Kenya.

The past one and a half years in Kenya have been full of excitement. Kenya is one of the most important countries for Japan in Africa. For instance, Japan has extended the largest amount of ODA [official development assistance] to Kenya among the sub-Saharan African countries. Since my posting, I signed a number of ODA projects, totalling to about Sh100 billion. Being the ambassador to such an important and vibrant country has given me great joy and pleasure.

I believe music is a great tool to connect people, given its universal character, which is the reason I incorporate singing into my diplomatic activity

What would you say have been your most memorable events thus far?

In the course of my duties, I have visited different parts of the country which I enjoyed very much. Before March 2020, I often attended various ceremonies held in different counties. One of the most memorable ones was the Ground Breaking Ceremony for the Dongo Kundu Special Economic Zone, which President Uhuru Kenyatta also attended. During the event, my wife and I sang a song to entertain the participants.

Our singing was warmly welcomed and was a pleasant surprise for the audience and the President himself.

Besides this kind of major event, I also attend the handing-over ceremonies of the Grant Assistance for Grassroots Human Security Projects (GGP) as often as possible, as I regard the GGP projects especially important in improving the lives of the ordinary Kenyan people. GGP projects do not boast about the amount of money to be spent on the projects but instead emphasise the impact these projects will have on the lives of the people on the ground.

Quintessential examples of the GGP projects include the provision of buildings for primary schools, hospitals, as well as the establishment of a vocational centre and a Fruit Value Addition Facility.

Of course, we have all heard about your singing. But does it have a significance beyond the enjoyment of those who listen to the songs at the various events?

Our diplomatic activities have not been spared from the restraints posed by the “new normal” since March 2020. One of the most affected areas is cultural diplomacy. I have gained the appellation of “singing ambassador”, having sung some Kiswahili songs, such as “Malaika” and “Jambo Bwana”, with my wife at the abovementioned events.

I believe music is a great tool to connect people, given its universal character, which is the reason I incorporate singing into my diplomatic activity. The Covid pandemic forced me to alter my cultural activities and shift them online to fit the new circumstances. Recently I collaborated with my good friend, Eric Wainaina, singing his renowned patriotic song “Daima”, and he uploaded the video on his YouTube channel, which you can check out.

What I would like to reiterate is that even amidst this global pandemic, diplomacy cannot stop. We need to move forward even in this new and unusual manner of conducting diplomacy. 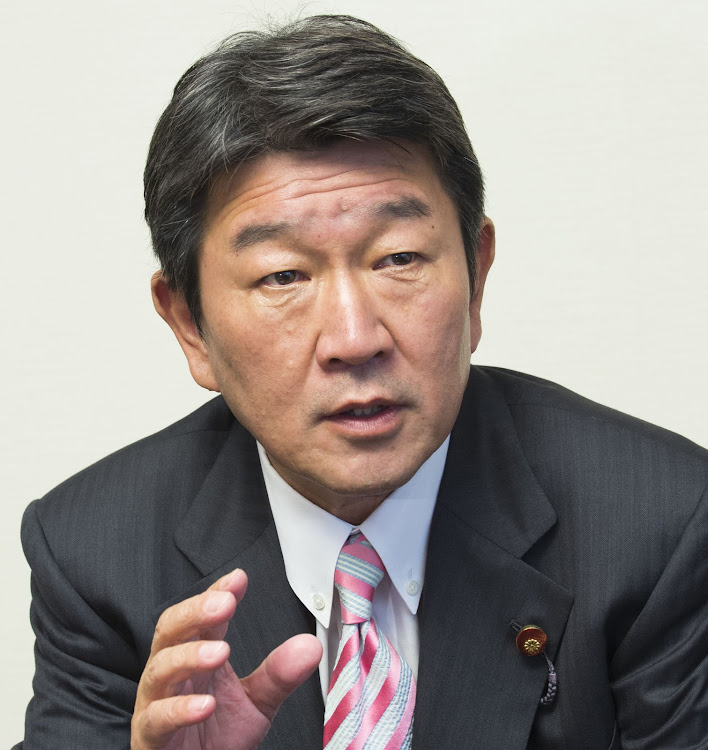 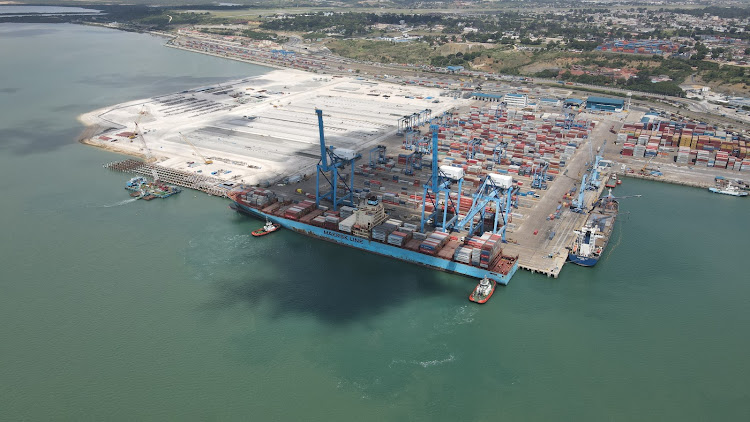 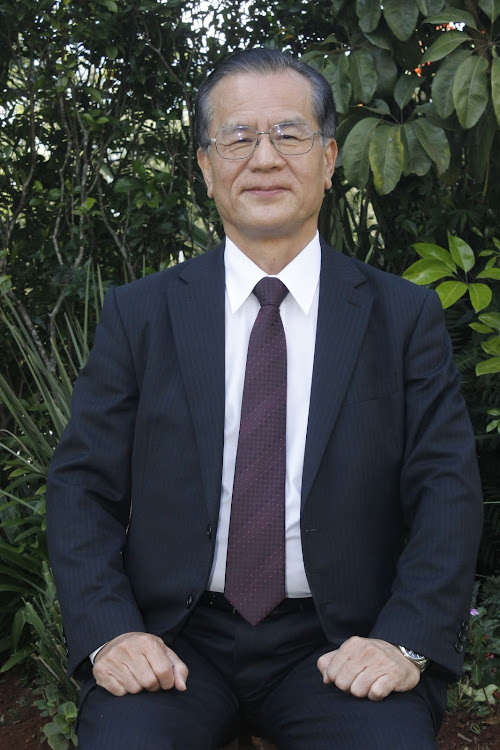 Kenya has been hit hard by the virus. What kind of support Japan has extended to Kenya so far?

When I heard that the very first case of Covid-19 was detected in Kenya on March 12, 2020, I imagined the worst-case scenario from the viewpoint of risk management. There were possibilities that food and other essentials would disappear from the shops, as witnessed in some other countries, and some social unrest would occur. However, the Kenyan people startled me with their high morale and discipline.

The government intervened at an early stage and the people diligently followed the guidelines, such as wearing masks and sanitising their hands. Shops operated in an orderly manner without any scarcity of essentials and shoppers demonstrated mutual respect.

However, given the impact of the rampant deadly virus in other parts of the world, we cannot ignore the fact that there is lack of necessary equipment in this country to thoroughly fight against the deadly virus. Thus, we decided to support Kenya’s fight in various ways.

What concrete steps did you take in this regard?

First, we provided PCR testing kits with the capacity of 50,000 tests to Kemri, the very institution we supported since its inception, which has now become the frontrunner for Kenya’s fight against Covid-19. In addition, I signed four Exchange of Notes to increase Kenya’s capacity to counter the virus, including the procurement of medical equipment and the provision of grant aid for the development of electronic power distribution system. The amount of Covid-related aid Japan has provided to Kenya so far has added up to more than Sh10 billion.

I understand that Kenya has dealt with this pandemic fairly well and these days, the positivity rate is below 5 per cent, the criteria specified by WHO. I am proud of this country that it has decided to live with the virus and not completely lock down the cities and restrict peoples’ activities, and still manage to control the spread of the virus. Observing the Kenyan people’s arduous efforts, I am determined to support the brave decision of the Government of Kenya and work closely with the people to come out of this global menace in a more robust shape. Therefore, Japan will continuously pump up its support to Kenya, especially in economic areas.

I am proud of this country that it has decided to live with the virus and not completely lock down the cities and restrict peoples’ activities, and still manage to control the spread of the virus

What brings the Japanese Foreign Minister to Kenya at this time of pandemic, when there is little international travel?

The Japanese Foreign Minister, Mr [Toshimitsu] Motegi, is visiting Nairobi from 12th to 13th. The physical presence of the minister amidst the global pandemic acutely reflects the significance of Kenya for Japanese diplomacy, as well as Japan’s high expectation for Kenya in its economic robustness and global leadership at this difficult time.

There are mainly three objectives for the Foreign Minister’s visit. First, Japan would like to work closely with Kenya in Japan’s key foreign policy, ‘Free and Open Indo-Pacific (Foip)’. Second, Japan expects Kenya to play a leading role in the next Ticad (Tokyo International Conference on African Development), which will be held in Tunisia in 2022. Last but not least, Japan wants to strengthen the cooperation with Kenya on global issues upon the commencement of Kenya’s membership to the UNSC this January.

These three agendas were significant enough to drive the minister to visit Kenya, despite the risks from the virus. Minister Motegi is scheduled to pay a courtesy call on President Kenyatta and to have bilateral meetings with some Cabinet Secretaries to further deepen our partnerships.

Tell us more about these objectives, beginning with Foip (Free and Open Indo–Pacific) and what it hopes to achieve?

‘Foip’ is a concept that was first announced in Nairobi in 2016 at the occasion of Ticad 6, the first Ticad to be held outside Japan. In this strategy, Japan aims to promote stability and prosperity of the international community by improving the connectivity of Asia and Africa through free and open Indian and Pacific Ocean.

This strategy shares an identical goal with the Kenyan Blue Economy Strategy, in which Kenya aims to promote sustainability and prosperity through oceans. Japan, very much resonating this auspicious strategy, has been standing side by side with the Kenyan government and promoting this strategy by co-hosting the first Blue Economy Conference in 2018, and providing various support for the newly established Kenya Coast Guard, which is expected to play a pivotal role in promoting maritime security in the region.

What can you point to in terms of actual projects or programmes which ordinary Kenyans can look forward to as benefits arising from all this?

Our investment not only targets immovable infrastructure but also human capital as well. We are seeking to nurture a future generation who will be the foundation of the stability and prosperity in this region and for the international community.

Turning to the Ticad, you said Ticad 8 will be held in Tunisia in 2022. What should Kenya expect at this conference?

Ticad has been an advancing essence of Japan’s commitments in Africa. It moved from Japan for the first time in 2016, when Kenya hosted the conference here in Nairobi.

It will again come back to this continent, this time in Tunisia in 2022. The main focus will be on global health, the vulnerability of which was grossly revealed in the global pandemic. We expect Kenya to play a leading role in this prominent conference as a previous host of the conference and a great contributor in Yokohama in Ticad 7.

The summer Olympics are now scheduled to be held in Tokyo in 2021, after postponement in 2020 due to the pandemic. What can you tell us about this?

Last year, people all over the world were forced to live in a dimmer world not only because of demises of loved ones but also the suspension of people’s hope: the Tokyo Olympic and Paralympic Games. The Games have been a great hope for human beings for centuries. It is the first time in history that this world athletic event was postponed, although there were five of them that were cancelled due to wars.

The suspension of the Games devastated athletes who had devoted their time and energy to advancing their skills for the past four years. Some of them may lose their dreams to become Olympians due to this drastic pause.

We won’t repeat this tragedy again this year. The Japanese Prime Minister, Mr Suga Yoshihide, in his first press conference of this year, reaffirmed that Japan is determined to host the Tokyo Olympic and Paralympic Games in 2021 against the tireless rampage of the virus.

The Prime Minster projected that he shall deliver this dream and hope to the world through the games and would advance preparations thoroughly to carry out games that are safe and secure.

Probably the appearance of the games will be totally different from what we know, with unusually less crowded venues, less cheering while wearing face masks and sanitising of hands.

However, the core concepts that are the foundation of the Games will remain intact, shining the zenith of human being’s ability and delivering hope all over the world.