Bright, creative children who are living with autism

One is good with electronics and athletic. Another can swim, skate and stitch. All they need is understanding and a chance 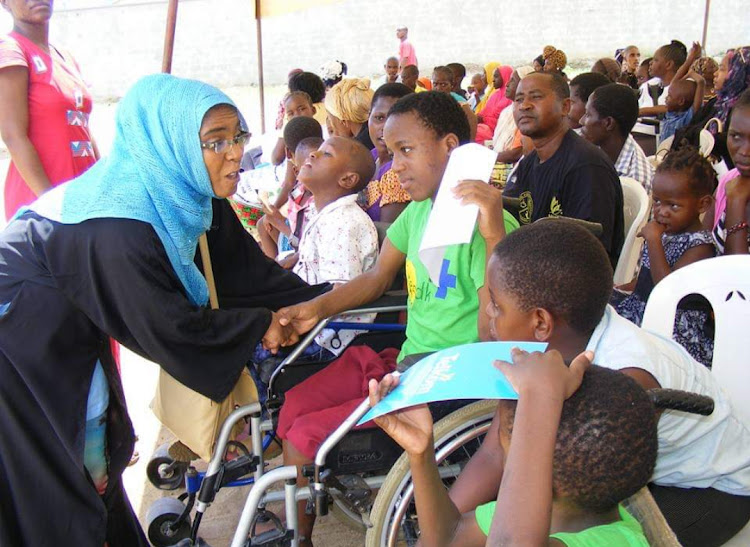 Beatrice Marura, a single mother of four with an autistic child, Emanuel Mmasa, 12, says the life of autistic children revolves around a mother who understands the pain of her child.

Autism spectrum disorder is a neurological and developmental disorder that affects how a person interacts and communicates with others.

The disorder, which affects an individual from childhood, also affects the family raising the child because most people lack knowledge about the disease.

Marura said when she gave birth to her son, he had a problem with his spinal cord and at the age of nine months, he was diagnosed with tuberculosis.

“The hardest time of my life is when my son was diagnosed with TB. It was not easy for me, but he was treated and I started taking him for therapies to bring his spinal cord back to normal,” Marura recalled.

Her son started walking at the age of three years, but he was so hyper and at that moment, the doctors could not tell what was wrong with him.

When Mmasa was seven years old, his mother joined a group of parents with special children, where she learnt that her son was suffering from autism.

“I used to be so attentive and when I heard of the signs and symptoms of an autistic child, I related to what was happening to my son and came to know that he was autistic,” Marura said.

Mary Omboga, a mother of five including an autistic child Phinley Okinda, 15, said she gave birth through normal delivery but her son did not cry until when he was hit on the back by a doctor.

“Phinley was so sickly at the age of two months, I could find myself in hospital after every three months at the admission bed,” Omboga said.

Her son used to cry a lot at night when he was three months old. She took him to Nairobi for assessment as advised by her friend, and she was told Phinley was autistic.

“As a mother, when you have a special child, he has a special place in your heart, and you break your back for that child and even forget you have other children,” Omboga said. 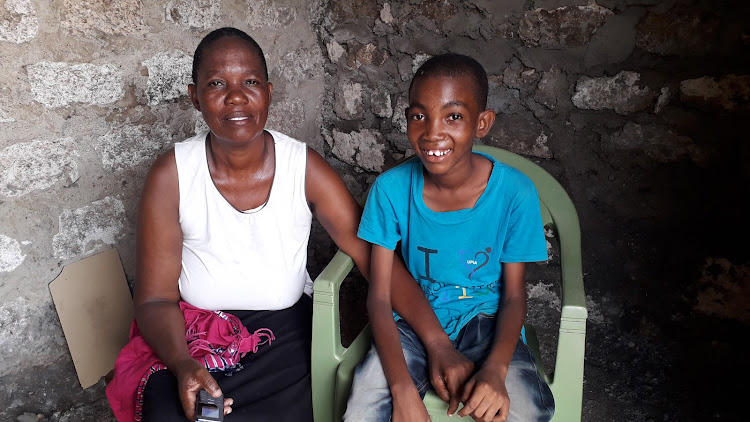 As a mother, when you have a special child, he has a special place in your heart, and you break your back for that child and even forget you have other children

Nominated MCA representing PWDs Said Ramla said there is a lot of stigma and discrimination from the community towards autistic families.

“Every time PWDs need to prove to the community they can do something because many people have a mentality that PWDs cannot participate in any activity,” Ramla said.

Such stigma is something Marura is all too familiar with. “When I gave birth to Mmasa, all my family members did not want anything to do with me and my child. To date, no one wants to associate with us because they believe my son was bewitched,” she said.

“If you give birth to a child, it is always a mother’s joy to get a normal child. I was so hurt because people started saying my child was bewitched and others said he is HIV-Aids positive.”

She said her late husband never accepted his own flesh and blood. He lived in denial until when their son started talking at the age of six because the first word he uttered was “Dad”.

Marura struggled alone with the support of well-wishers to raise her son. When he was diagnosed with TB, she did not tell her husband because he did not want anything to do with him.

“Stigma and denial from the community has caused my son to get lost several times. Mmasa is very hyper so when he gets out of the house, no one cares about him. He finds himself forgetting the direction back home,” Marura said.

Omboga, who has also suffered stigma, said she used to talk to her son and take him everywhere, but there was a lot of stigma because sometimes he could cry and people turned to stare at him, asking why he was crying yet he is a big boy.

The community does not understand the condition of autistic children, and this has led to so many parents locking their children in the house.

“There was a time I was in church and my son started making noise. One mother told me my son is disturbing. I cried and took my child, went home and that is how I stopped going to that church,” Omboga said.

[VIDEO] Children take up gymnastics and wow parents with agility 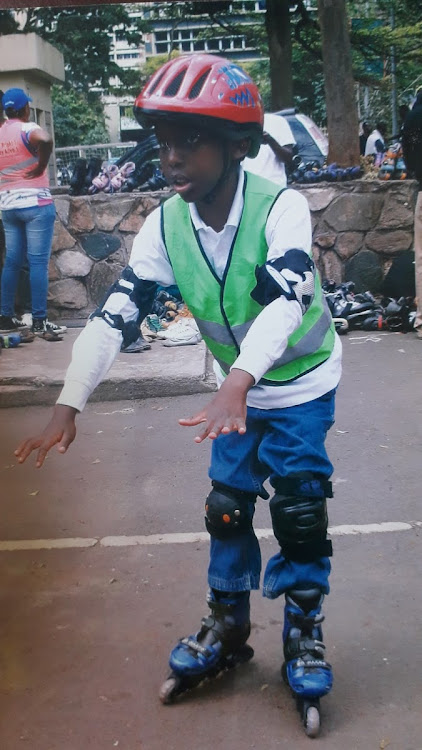 Ruth Oliech, a teacher at Lutheran Special School, said autistic children are loners and, therefore, need trained teachers who will understand them.

“These children are hard to handle, so they need professional teachers who will show interest in them because their concentration span is very limited,” Oliech said.

Marura, however, says they have as much potential as anyone. “Autistic children are not stupid. My son is a very good technician. He operates any phone he gets and he also likes to repair electrical things. He is also a good athlete and a very social person, who has a very sharp memory.”

She said schools do not understand these groups of children. All the attention is always given to the normal children, who grasp things faster.

“I took my son to a public school but he used to be beaten up, which broke my heart. I decided to take him to Changamwe Special School,” Marura said.

Omboga said autistic children are normal children, but their pace is lower than the other children.

The children, she said, are bright and creative, but they lack a special centre where they can show their talent.

She said her son Phinley can swim, skate and stitch. Currently, he is doing computer classes at home.

Autistic children also love colours and they are good at singing. 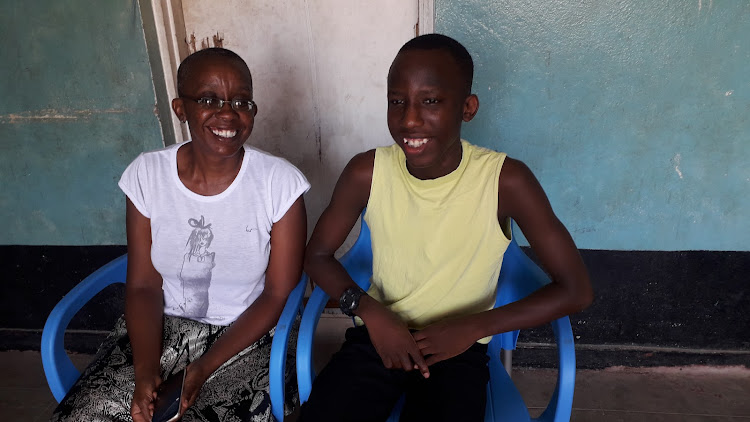 Parents need to understand them and teach them communication skills and how to interact with others, and also take them for therapies

Paediatrician Twahir Hameed said the condition is hard to diagnose at an early stage.

“It is very difficult to tell if a child is autistic until when the child is one year or more. This will be noticed out of his or her behaviour,” Hameed said.

He said autistic children have mood disorders, and there is no cure or special treatment for the children.

“This group of children can only be controlled by giving them behavioural support. Parents need to understand them and teach them communication skills and how to interact with others, and also take them for therapies,” Hameed said.

Autistic children are always hyper. In most cases, this is caused by the type of food they eat, thus necessitating a special diet that helps to calm them.

Omboga, who took her son to a pediatrician in Nairobi, said the doctor prescribed drugs costing Sh20,000 a month to help Phinley not to be hyper for five years, and an everyday diet.

“I opted to go for diet and therapies because the drugs were too expensive for me. An autistic child is not supposed to eat sugary foods and use wheat flour. The two make the child to be more hyper,” she said.

As for Marura, she cannot afford the special diet for her son due to the hard economy, thus feeds her son with whatever she eats.

This has affected her son because he is very hyper and cannot be left alone, not even in the house, because he will break anything he finds on his way.

“My son is not doing well in school and my prayer is that one day he gets help and goes to a good school, where he can get help,” said Marura, who does a door-to-door business of plastic shoes.

She urged parents not to hide their children in their houses; they should expose them because autistic children are just normal children.

Omboga is the secretary of a group called Unleashing Potential in Autism, which comprises 110 parents raising autistic children.

The group started 10 years ago with the aim of reducing stigma in the society and creating awareness.

The group had a saving kitty, where an individual used to save Sh200 a month with the aim of starting up a centre for their children, but the project stopped due to the hard economy.

“Within the community, the stigma is still high. People should learn to ask and find out the problem with our children. Encourage and build each other for easy raising of the children,” Marura said.