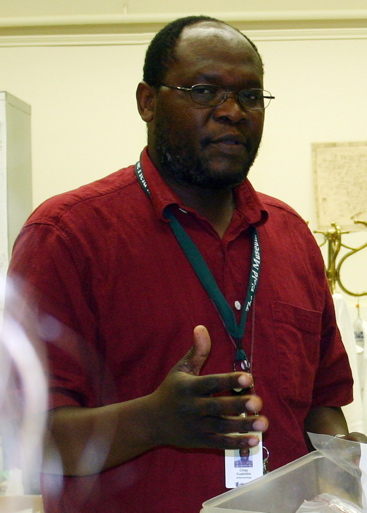 Though a renowned academic with more than 100 publications to his name, anthropological archaeologist Prof Chapurukha Kusimba had humble beginnings.

The Kenyan American was born 58 years ago in Kaptola village, Mt Elgon subcounty, in Bungoma county. He attended Kaptola Primary School, proceeded to Kimilili Boys' School, now called St Luke, in 1976-79 for his O levels, before joining Chesamisi High School for his A levels in 1980-81.

Thereafter, he was admitted to Kenyatta University, studying for a Bachelor’s degree in Education between 1983 and 86, after which he undertook an internship at the National Museums of Kenya at Fort Jesus, prior to being appointed Research Scientist there.

He obtained a scholarship to Bryn Mawr College in the US for his Master's degree and PhD between 1987 and 93. Then an appointment as Assistant Curator-African Archaeology-Field Museum of Natural History in Chicago and Assistant Professor at the University of Illinois.

Kusimba spent two decades there, during which he rose through the ranks to Curator and full Professor. Between 2013 and 19, he served as Professor of Anthropology in the Department of Anthropology at the American University in Washington DC in 2013 for five years.

In 2018, he was inducted as a Fellow of the American Academy of Arts and Sciences, Class 111 section: Anthropology, Archaeology, Sociology, Demography and Geography.

"I have just moved to the University of South Florida in Tampa as a Distinguished Professor of Anthropology, Institute for Advanced Studies in Culture and Environment," he says.

"This is an upcoming university that fits into my philosophy where, besides teaching at its Tampa and St Petersburg campuses, I will also be undertaking advanced research in collaboration with other scholars in culture and environmental studies."

He says the university has the potential to develop an exceptional interdisciplinary consortium of scholars, including the current faculty, through the Institute for Culture and Environment. The institute will seamlessly incorporate current faculty and student research projects in the history of technology, the evolution of social complexity, global trade and interaction, migration and diaspora studies, and archaeology of the state.

It provides an opportunity to work with colleagues to support and nurture research and student training and collaboration that will promote USF vision, mission and intellectual leadership on an international scale.

Post a comment
WATCH: The latest videos from the Star
by Simbi Kusimba
Big Read
09 November 2020 - 04:00
Read The E-Paper