Coastal folk improvise in the war on Covid-19

Residents have tapped into culture and superstitions in grappling with virus

• In their struggle to understand the disease, locals have gone from denial to traditional medicine

In a place where culture and beliefs play a major role, it did not come as a surprise when Coast region initially treated the coronavirus as a myth, while at the same time exhibiting the perils of indifference.

The first case in Mombasa was reported on March 19, from abroad. By April, the virus had already established its roots. From the onset, several theories were advanced that may have led to the spike.

The coronavirus has brought to the fore the resourcefulness of residents on one hand and superstitions on the other in their struggle to understand and combat the disease.

Besides the medical challenges arising, health officials have had to navigate through deeply rooted beliefs, traditional and religious practices.

Mombasa county commissioner Gilbert Kitiyo has been in the headlines, telling residents the virus is real.

“Anyone can contract the virus. It doesn’t matter whether you are young or old,” Kitiyo said. 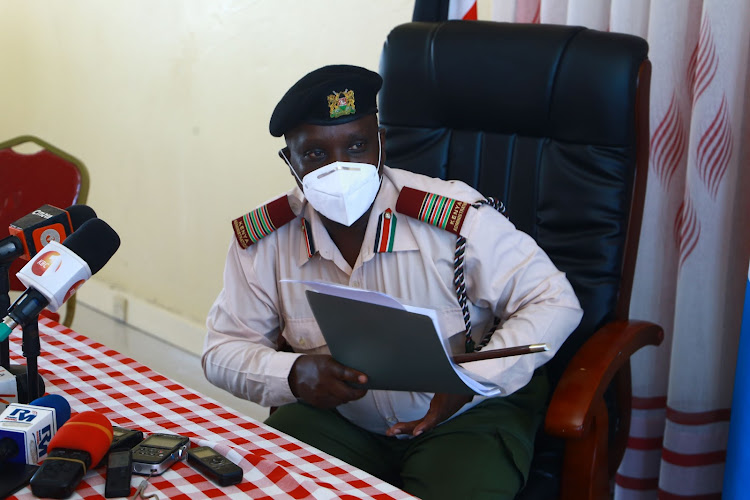 Just when Tanzania’s President John Magufuli announced that herbal medicine is the cure to the coronavirus and that his country had embraced it, along the Coastal strip of Kenya, some were busy making combinations of what would in other cases be lethal solutions to protect or cure themselves from the virus.

The Coastal strip cultures borrow heavily from each other, the reason why it was easy for locals to ‘benchmark’ from their border neighbours.

The drug made by Tanzania National Institute for Medical Research is said to have the capacity to suppress the coronavirus. It is a combination of hot chili, ginger, lemon, garlic, honey and water, says NIMR herbal treatment director Dr Justine Omolo.

Mombasa resident Khadija Mariam, 48, said she has been taking the herbal medicines together with her family and they have not suffered from the virus or common colds and flu.

“I have four children, and every morning, I prepare a fresh mixture of ginger, garlic, lemon and honey for my children. It is a practice I learned from my mother years ago, and I am not planning to stop,” the Kisauni resident said.

In most households, that is the standard practice, with every family ‘customising’ the concoctions to their preferred taste. 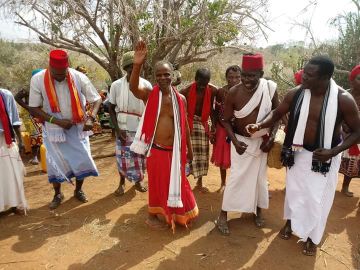 Popularly known in Kiswahili language as “kufikiza”, this has been an age-old practice administered to many while young, and who have passed the same to other generations.

Explaining the use of indigenous knowledge, Kaya elder Joseph Mwarandu, 79, went down memory lane to the 1950s, when he was young.

“We had an infection of a similar nature and the treatment regime that was administered was almost similar to what I see people doing now. I strongly advocate steaming because I saw how my own mother, who had been infected back then, got cured,” he said.

Mwarandu said the steaming mixture is drawn from tree barks, leaves and roots, which would be boiled at very high temperatures and then both the patient and herbalist, locally known as “mganga wagula”, cover themselves with a blanket and let the steam out.

The exercise lasts about 20 minutes, while they sit on three-legged stools.

“I did the therapy this morning and I always advise my people to take it,” he said.

Mwarandu is the secretary general and co-founder of the Malindi Development and Cultural Association.

In the 1950s, he says, those who got infected with what they only knew as “kivuti” (very serious form of pneumonia) would be isolated in some farm and only return after a week or so.

“I cannot say I saw a whole spectrum of the disease, but I saw how it was being treated. It was never treated as an outbreak. We believed it came from Eastern Kambaland, since there was a myth that the people there were dying from consuming raw milk,” Mwarandu said.

Sometimes they would dip a cloth in the mixture and rub it on the patient's back and chest to help with the breathing.

On March 28, the sleepy Coastal town was woken up by calls rallying residents to drink black tea.

This was touted to be a ‘breakthrough’ cure for the virus, after claims that a child born with teeth, but who died shortly afterwards, told those around him about the black tea ‘cure’.

Such a child, in the Mijikenda culture, is called “kijego” and is normally seen as an abomination that should be thrown into the river.

All locals interviewed gave conflicting information from where they got the news, ranging from a baby born at Coast General Referral Hospital, Lamu, Tana River, Msambweni, Kilifi, Waa and other regions.

A message sent on WhatsApp groups at 3am warning residents to wake up and take black tea before morning, is what sparked the rumour.

Before the virus was first reported in Mombasa, residents rested well and easy on assumptions that severe high temperatures and tropical weather kill the virus, and thus, it cannot survive in Mombasa.

Mombasa is generally hot and humid with temperatures ranging between 28 degrees to as extreme as 34 degrees.

The World Health Organization says the coronavirus can be transmitted in all areas.

One of the contentious issues is an old-time religious practice, Wudu (ablution). This is the process of washing the hands, mouth, nostrils, arms, head and feet with water before any of the five formal prayers and before handling the Quran.

Ablution is normally done from kulatein water, an Arabic name for the quantity of water considered pure for ablution.

The water is about 2,000 litres and is only changed when it discolours, smells, tastes bad or is contaminated by impurities.

For both Christians and Muslims, congested places of worship is mostly the order of day, and thus, for reopening the places of worship, observation of the 1.5-metre social distancing would be critical.

The prayer mats and Qurans are mostly mosque property. This means they are largely shared.

Offertory baskets that are usually either passed around or put at a single place also pose infection risk.

During the month of Ramadhan, some residents protested against mass testing, saying it would break their fast.

“I will not go for testing, who are you to insert a finger (swab) up to my brains?” a resident said.

The residents believed inserting of swabs in their noses or throats during fasting would interfere with their fasts.

On July 11 at Kibokoni, an angry mob turned against a plainclothes police officer,  whose only crime was to remind them to put on masks.

Kibokoni, in Mombasa's Old Town, is one of the areas with the highest infection rates, but due to its centuries' old cultural attachment, any change or practice is met by resistance. The residents simply don't want what they feel is 'intrusion' into their lifestyle.

Old Town was the only region in Coast to be under lockdown, after residents even refused to go for voluntary mass testing, despite the high infection numbers. 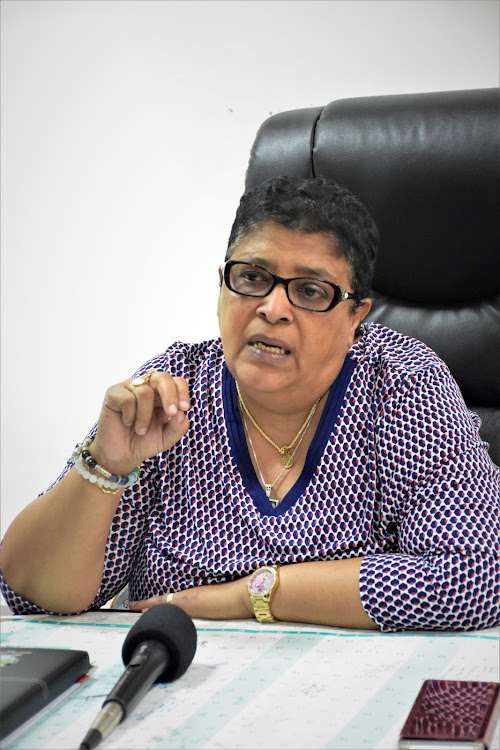 It took the intervention of the Governor to explain he has been taking the tests while fasting at the same time.

“I am a staunch Muslim, I do not believe that the testing will break my fast. So I encourage you all not to avoid the health workers,” he said.

Anisa, who until recently held the Health docket, said they interfere with sensitisation efforts as wananchi are misguided.

“Most of the ‘rumours’ don’t have scientific backing, and they do not understand about the epidimeology of the disease,” Dr Anisa said.

She urged the media to come out strongly and help health workers sensitise residents on ensuring they follow Covid-19 protocols.

“In Kilifi, all cases are symptomatic, but we still don’t want to encourage people to continue hugging, welcoming guests in their houses and doing all sorts of activities. A vulnerable person may just be a victim of someone’s carelessness,” she said.

Despite their traditional perspective of life, Kaya elders in Kwale also initiated campaigns in the Covid-19 fight.

The Kaya elders were backed up by the Chenda Chenda group of elders together with the Ministry of Health in reaching out.

The council chairman Mwalimu Mwinyi said the disease has claimed many lives and will continue if residents remain ignorant.

The move came after the Kwale Health executive Francis Gwama expressed worries that most residents have ignored the public health directives.

"By now if there are people thinking this disease only affects the western countries, then you are wrong. It is here with us," he said.

"We will also extend this campaign to the community level because we have realised most individuals associate the virus with urban people." 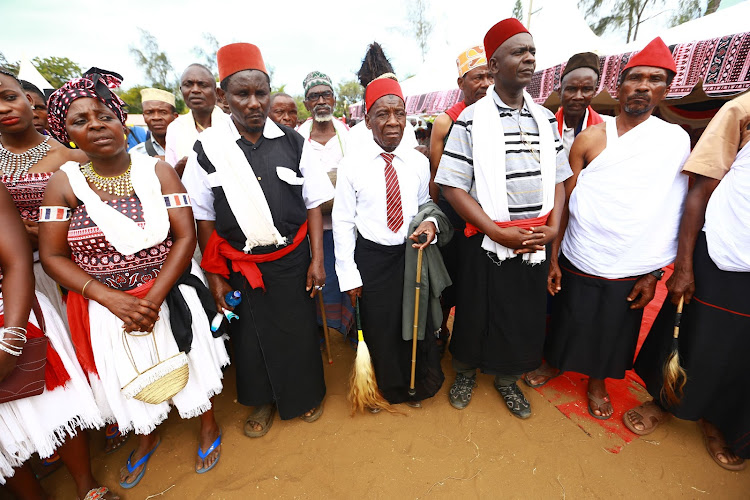