Court wipes tears of Owino Uhuru, but will they get the money?

• For years, they fought a lead smelting company whose pollution sickened, killed them

• The court finally awarded them Sh1bn, ordered the guilty parties to clean the slum, but the scars of the battle are a lingering trauma 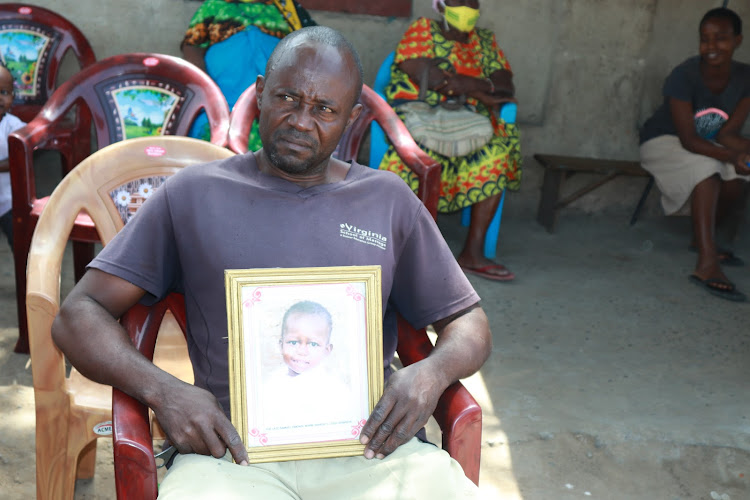 They lost their loved ones, got life-threatening conditions and survived intimidation and threats while seeking justice. But finally, their patience paid off when they were awarded Sh1.3 billion.

For residents of Owino-Uhuru slum, the award will not bring back their loved ones, but it will at least ease the pain of their deaths.

On July 16, a Mombasa court awarded the slum dwellers the compensation after years of push-and-pull over lead poisoning by a company in the slum.

The Metal refinery EPZ used to smelt lead from used car batteries and the waste would improperly be disposed of, thereby flowing to the residential area.

Hundreds of residents suffered as a result of this negligence.

Stephen Okello lost his son and later his wife due to complications arising from lead poisoning.

While at the age of one, Okello’s son Samuel Omondi got sick with a serious cough, and his legs had wounds all over.

Numerous trips to hospitals and several tests could not help identify what he was ailing from.

“I took him to Portreiz Hospital, where he was admitted for more than a month. Doctors used to treat him but he was not getting better, and so we were released from hospital and we would give painkillers,” he said.

By 2014, more people, including children, had emerged with the same symptoms.

Omondi was among the children who were tested and found with 12 per cent lead poisoning in their blood system.

Okello and his wife were directed by doctors to manage Omondi’s diet and mostly include milk, which was to help in neutralising the chemical.

However, due to the poverty that encroaches the slum dwellers, Okello could not afford the “new lifestyle”.

This made Omondi weaker and prone to other diseases due to the effects of the lead chemical. 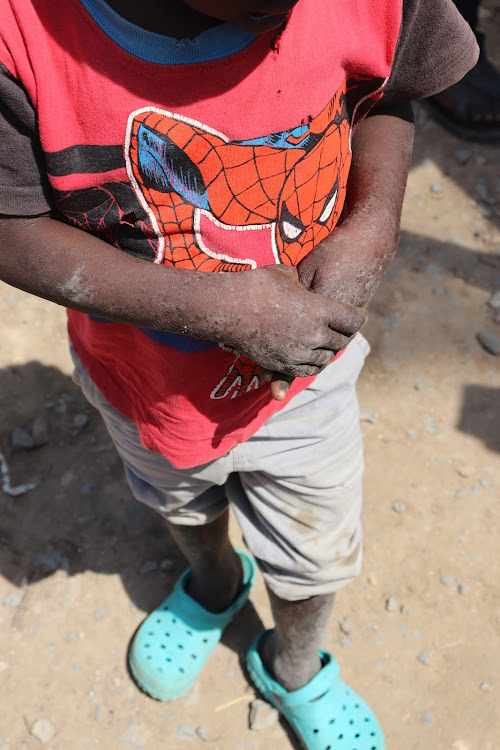 In 2016, the then six-year-old boy's condition got worse, with a cough and wounds all over his body, including inside his mouth.

This saw him staying in hospital for the better part of that year.

But on September 30, Omondi took his last breath after almost five years of suffering.

"The compensation will not bring my family back, but it will wipe my tears and console me that their deaths were not in vain," Okello said.

Jackson Wanyama is still reeling from losing his two-year-old child before his wife miscarried. Later, the wife also succumbed to the same poison that took his children.

In 2009, a year after Wanyama got married, they were blessed with a baby. However, the baby had complications, which were later linked to the poisonous chemical, and two and a half years later, the baby died.

In 2013, Wanyama’s wife conceived again, but their joy was short-lived after her miscarriage at two months.

In 2015, the wife got pregnant again, but this time went to full pregnancy, where she gave birth to a baby boy in 2016.

However, her delivery process came with complications, which doctors could not immediately pinpoint.

After several tests, it was found there was 28 per cent lead in her body, which resulted in the complications during birth and also the miscarriage.

“After a few months, I also lost her to a condition linked to the lead poison. My son and I also tested positive for the poison,” Wanyama said.

These are just a few of the heart-wrenching stories of how Owino Uhuru residents  lost their families, while some got lifetime diseases, due to negligence if not corruption of people who were mandated to ensure the safe environment of every Kenyan citizen regardless of their social status.

Men have lost families and the ability to sire a child, as they suffer from erection dysfunction or low libido, according to doctors' presentations during the court hearing.

Women have lost husbands, children and their unborn babies, while children have been left without parents due to what the court termed negligence of the liable parties. 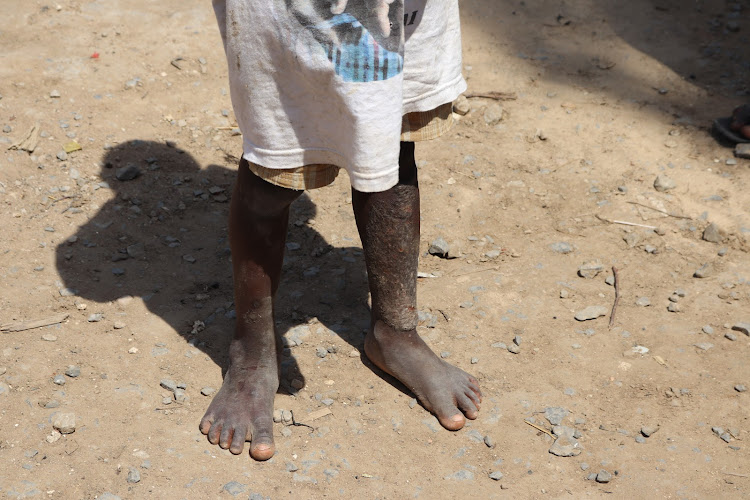 Judge Ann Omolo said the Environment and Health CSs, Nema, export processing zones authority (EPZA) and Penguin Paper and Book Company were all liable for the damages, some of which led to deaths.

The court found Nema to have failed in its mandate by approving operations of the factory, which was located within the informal settlement.

Justice Omolo said the environmental authority failed to protect the rights of the residents of clean and safe environment by issuing licences before it made sure that wastes from the company were well disposed.

She further said the authority should have ensured there was prevention of fugitive emission from the factory as well as clean all the split from the air pollution control unit, instead of issuing demand letters as they did.

The court held Nema 40 per cent liable for the death and damages as it had lied about shutting down the company in 2012, yet there was a transfer of Environmental Impact Assessment licence, which had been earlier issued to Metal Refineries in 2013, to another company.

They were also fined for issuing a licence to a factory that was to operate in Kilifi county and letting it illegally operate in Owino Uhuru, Jomvu subcounty.

The metal refinery, who the court said were 25 per cent liable, further concealed their operations by transferring the licence to Max Industries Limited.

The EPZA was also found guilty for issuing factory operation licence without proper documentation from Nema and only relied on letters.

They were held responsible for issuing a licence for a factory that was registered to operate in Kilifi county, yet it was actually operating in Mombasa county. 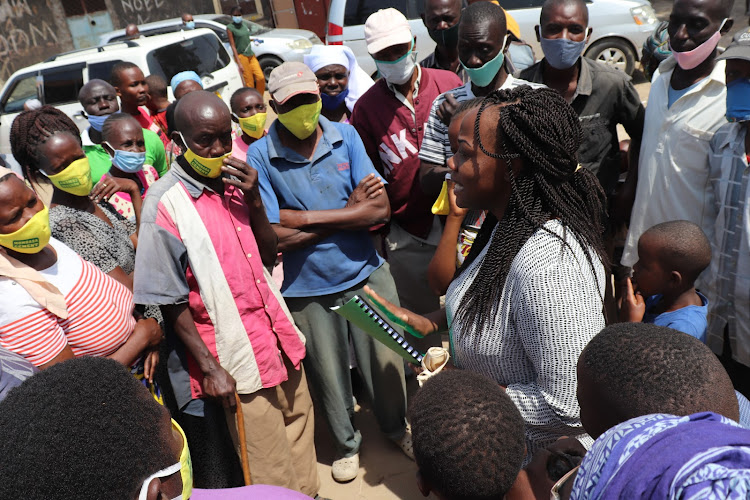 The judge said the Health and Environment ministries were 10 per cent each responsible for nodding to the factory without proper environmental and health assessment.

Penguin Paper and Book Company was also held responsible for leasing out its land, where the factory was put up.

The court, however, absolved the Mombasa county from being responsible for the damages.

The judge gave the guilty parties 90 days to pay the award to the more than 3,000 people who had filed the class action suit.

The suit, which was filed in 2016 by the Centre for Justice, Governance and Environmental Action on behalf of the residents, was seeking Sh2 billion.

Judge Omolo also directed the guilty state agencies and the two private companies to clean the soil, water and remove any waste deposited within the settlement within 120 days.

Failure to comply, the liable parties will have to pay Sh700 million, which will be paid to the CJGEA centre, the civil society group behind the lawsuit.

The worry now lies with the residents, who are not sure whether the government will obey the court orders or they will be ignored just like the rest.

Tens of orders have been issued by the courts against the government and its agencies.

However, these orders have remained on paper as they wait to be implemented.

Jomvu MP Badi Twalib, whose subcounty hosts the slums, said the slum dwellers deserve the justice they got from court.

Badi said it will be a sad tale if the government and its agencies and the two private companies fail to honour the court orders.

“As a leader, I will use my powers in Parliament and wherever I can to ensure my people receive their compensation," he said.

"This will not bring back their loved ones, but it will console them and assist those who are suffering to seek medical attention."