Construction of safe houses for survivors, which began four years ago, has stalled 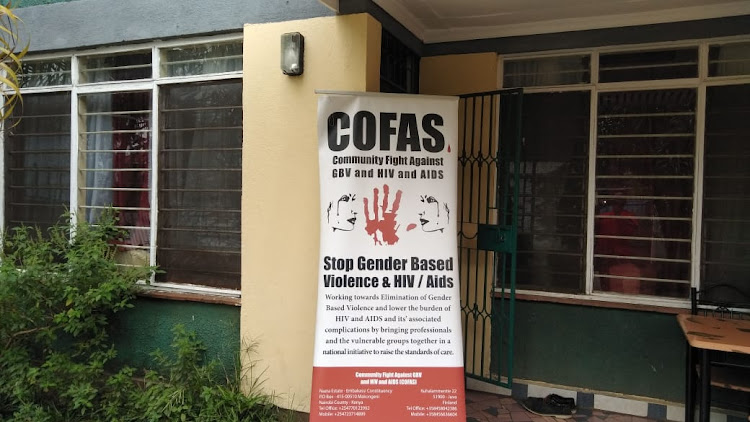 A safe house for victims of GBV provided by Cofas, an NGO
Image: FAITH MATETE

The last six months have been cruel to children in Kisumu county. Statistics from the Gender department lay bare their suffering as cases of sexual and gender-based violence (SGBV) rise.

Jaramogi Oginga Odinga Teaching and Referral Hospital has recorded 998 cases of SGBV. The worst-affected age group lies between 15 and 19 years.

Kisumu Gender officer Pamela Olilo says 75 per cent of the victims are children. Manyatta, Obunga and Nyalenda are the hotpots. Two per cent are male while 98 per cent are female.

Equality Now campaign officer Florence Machio says the survivors' plight has been worsened by the limited number of safe spaces during the Covid-19 pandemic.

She said this reduces the likelihood of survivors getting justice.

The construction of safe houses for survivors of gender-based violence, which began four years ago, has stalled.

The project has remained a pipe dream, despite rising cases at the GBV Recovery Centre, situated at the Jaramogi Hospital.

Some three houses were to be constructed at three different locations. They include one at Tieng're, which was to host 15 domestic violence survivors upon completion. This was to serve Kisumu West and Seme subcounties.

Another one that is deserted is the one situated at Onge'che, meant to serve Nyando and Nyakach subcounties. The county was supposed to also have a child rescue centre in Kirembe area.

Gender Affairs officer Addah Omedi says it is disappointing that whenever any amount is included in the budget towards the construction, it is never honoured.

She said they have raised the concerns to the relevant bodies and they are aware of it.

Omedi added that no much emphasis is being given to gender issues.

“We really worked hard to ensure a sexual and gender-based violence policy was in place within the county," she said.

Statistics by police in the region show that several cases of GBV are reported in city and its environs.
News
2 years ago
Post a comment
WATCH: The latest videos from the Star
by FAITH MATETE Correspondent, Kisumu
Big Read
23 July 2020 - 04:00
Read The E-Paper