• Most dogs exhibited symptoms such as vomiting, jaundice and loss of appetite 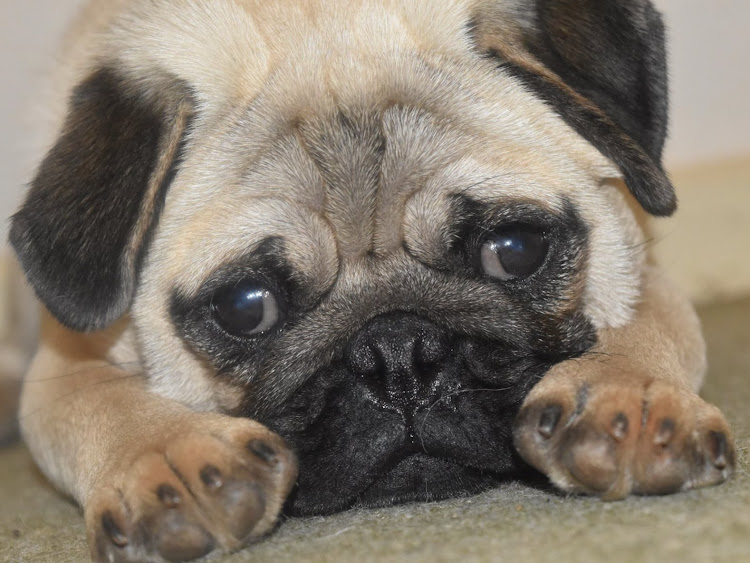 REST IN PEACE Jelly, winner of the 51st Ladied Kennel Association Championship Dog Show in 2018, is among six dogs in Loresho who have died from aflatoxin poisoning in the past month
Image: COURTESY

Dog owners in Nairobi and Nakuru are distraught after six of their dogs died from aflatoxin poisoning in the past month.

They say their dogs started experiencing liver complications after consuming commercial dog food they had bought from supermarkets.

“We bought the same brand of dog food we have been always buying, but this time from a different supermarket. The dog food pellets consisted of maize, fish and omega-3,” Eustace, a dog owner in Loresho, said.

The dog, a pug breed, refused to eat for several days after consuming the food and subsequently developed jaundice.

“His eyes, mouth and tongue had turned yellow and he was weak. The vet came in the middle of the night to take him and later called me to say he had suffered liver damage due to aflatoxin poisoning,” Eustace said.

The same script played out in Esther’s case. Ella, her eight-year-old Terrier Norwich, died within four days of consuming dog rice she had purchased from a local supermarket in Nakuru.

“After two days, she started throwing up and by the third day, she had completely stopped eating or drinking water. She died on the fifth day in the afternoon after developing breathing complications,” Esther says.

Not even changing the dog’s diet could whet her appetite as Ella gradually grew weak and less active.

Esther is devastated, considering that she had bought the dog rice as a treat for her two dogs, one of which luckily survived.

“The vet had advised that we give the dogs softer foods. So I purchased dog food from the store just to give them a treat,” she says.

All food that has local grains right now, both home-cooked and packaged pellet, is at risk. For us, it was wheat germ from a trusted miller upcountry, where we have our farm

Similarly, Angi Yoder-Maina has lost two of her dogs to aflatoxin poisoning in three weeks: a pug and a Labrador.

“All food that has local grains right now, both home-cooked and packaged pellet, is at risk. For us, it was wheat germ from a trusted miller upcountry, where we have our farm,” Yoder-Maina said.

She describes the two dogs, named Jelly and Iris, as family who will be dearly missed.

“She (Iris) was very special and this will further break my kid’s heart. This is a real issue and is heartbreaking for my family and many others,” she said.

At the time of writing this article, Bluebell, her black Labrador, had also been admitted at the veterinary clinic with a suspected case of aflatoxin poisoning.

“I hope we have caught it early. It is all from the food she ate 10 days ago,” she said.

Dr Ann Ndeke, a veterinarian at Andy’s Veterinary Clinic in Loresho, said she has handled six cases of aflatoxin poisoning in the past three weeks — all within Loresho.

“Most of the cases involved commercial dog food the owners had bought, which contained maize. It is an issue of concern because other veterinarians have also encountered cases of aflatoxin poisoning in dogs,” she said. 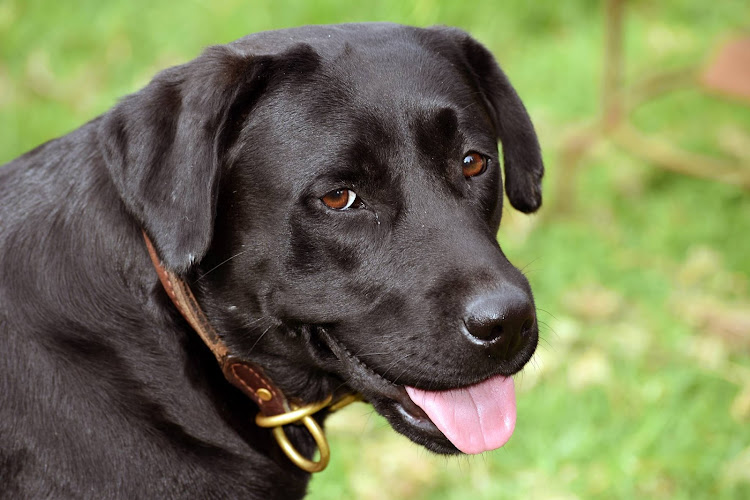 FIGHTING TO SURVIVE: Bluebell is currently admitted with a suspected case of aflatoxin poisoning
Image: COURTESY

“Aflatoxin is more dangerous for dogs because they have a low threshold/immunity compared to human beings. It causes jaundice and liver damage, which eventually results in kidney failure and death,” Dr Ndeke said.

Dr Samuel Apiyo, another veterinarian based in Nairobi, said he has handled four cases of aflatoxin poisoning in dogs since March, all of which luckily recovered.

He adds that the cold and rainy season has not helped matters by creating unsuitable conditions for proper storage of animal food and its ingredients.

Esther is perplexed as to why her other dog survived, despite consuming the same meal as Ella.

"I think another reason could be that Ella might have had an underlying condition. However, my vet told me he has dealt with two other cases of dogs who were previously just fine," she says.

Mohawk's killing begged the question, 'Who will guard the guards?'
Sasa
5 years ago

The lethality of aflatoxin on canines notwithstanding, Dr Apiyo says it can have different effects on different dogs.

Dr Apiyo singles out sub-acute aflatoxin poisoning as the most devastating because the dog can die suddenly without presenting any adverse symptoms.

“Acute aflatoxin poisoning manifests within hours or days of consuming the poisoned food. The dog just keeps on vomiting before it develops breathing problems. Chronic aflatoxin takes some time before the symptoms appear,” Dr Apiyo says.

Indeed, in all the cases investigated by the Star, vomiting was one of the earliest symptoms identified before the situation worsened.

“After refusing to eat, she started vomiting endlessly and became weak as a result. I was shocked when the vet told me it was aflatoxin poisoning because this has never happened before,” Eustace says.

Dr Griffins Mwendwa, a veterinary surgeon in Nairobi, adds that the lethality of aflatoxin depends on the amount consumed.

"Unlike humans, dogs only need a small amount of aflatoxin for it to take effect. High levels will cause death within hours or days," he says.

This is the second protest the three-year-old dog Skoot has participated in.
InPictures
2 years ago

"Dog kennels and the feeding bowls should be thoroughly cleared of any food crumbs that can grow mold after a few days. Since dogs are indiscriminate feeders, they may eat these poisoned food crumbs, exposing them to danger," he says.

The Thika Road-based veterinarian has dealt with four cases of aflatoxin poisoning in the past two months, of which all the affected dogs died.

"Dog owners should be careful not to store food on cold and wet floors as is the norm. The package of the dog food should also be airtight to prevent moist air from penetrating," Dr Mwendwa says.

He further advises against milling of poisoned cereals into animal feed.

For the East African Kennel Club, aflatoxin poisoning is a concerning issue that has been discussed in its committee meetings.

“We have heard of three to four cases in recent weeks. Most of the cases involve the consumption of maize and omena, although there are a few cases involving dog food products in the market,” club secretary general Neeltje Rosenstok says.

In response, the club is currently enlightening its members on proper mixing and storage of dog food.

“We have dog trainers who are members of this club who have been advising members on how to prevent aflatoxin poisoning. I have also been reading up on the issue to better handle any queries our members may have,” Rosenstok says.

Dogs are mankind’s long-term best friend, who have been a source of security and solace for most dog owners.

Stakeholders in the veterinary sector have an obligation to secure the safety and health of their canine pals by ensuring the food fed to them is efficiently prepared and stored.