Kenyan students excel as engineers in the US

Studying and working abroad is the dream of many a high school student, but few achieve it. One must be proactive and apply for all available funding options, successful trio advises 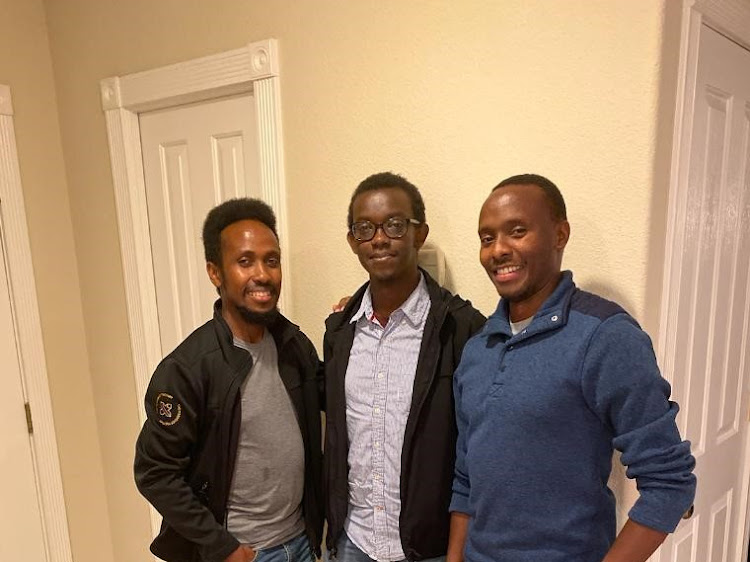 Top students in Kenyan examinations make news headlines every time results are announced. Families, educators and the general “Mwananchi” experience a moment of jubilation when successful candidates from their neighbourhoods, schools or family hit the headlines. The celebration adds to the Christmas and New Year’s festive hype, but soon after, these achievers are forgotten.

Our writer tracks down three top students, all now engineers in the United States, and shares their story.

Herman Mutiso, Jessy Mbagara, and James Rotich were among the top students over 10 years ago. The three young men were admitted to the top-ranked engineering college in the US, the Massachusetts Institute of Technology (MIT), where they studied different fields of engineering.

They eventually got jobs at Silicon Valley in California, the birthplace of technology and innovation. The three engineers, now in their early thirties, share a common story of hard work, perseverance, determination and vision.

When we were in high school, we were asked where we would have wished to pursue our graduate studies. Most students said they would prefer to study ...
Sasa
7 years ago

Herman Mutiso sat his Kenya Certificate of Secondary Education exam in 2005 at Alliance High School, where he was one of the best students during his year.

Herman graduated from MIT with a Master’s in Electrical Engineering and Computer Science in 2011. I recently met him in California, where he works as a software engineer.

His pleasant demeanour and youthful looks reminded me of the same young boy whose image flashed on Kenyan televisions and newspapers in 2006. He shares his 14-year experience in the US.

Herman’s interest in engineering began in his second year in high school. “I sought information from my headmaster, Mr Christopher Khaemba, who supported me and connected me with Alliance alumni, who guided me on the choice of schools and application process.”

Herman, who was also the school’s head boy, says he had to work extra hard to meet MIT engineering requirements. “It was a gruelling experience, where I had to balance my studies for the KCSE exams and the Scholastic Aptitude Test (SATs), which were both a requirement for admission.”

He made it to his dream college through an early application process and reported to college in less than a year after he completed high school; an advantageous leap, considering Kenyan students then had to wait for two years before getting a placement at local universities.

Though excited, his journey to the US was not without challenges. “Transitioning from an 8-4-4 system to an American engineering curriculum was challenging. The US  uses different metrics and I struggled for a while in mathematics before getting used to it,” he says.

He also cites the cost of living as another challenge. “Tuition in the US engineering colleges is probably the most expensive in the world. Although I was on a scholarship, I still had to take part-time jobs in school to complement money for food and clothing.”

Despite the challenges, Herman worked hard and completed his bachelor's and master’s degrees in one shot. “I would have stopped at the bachelor’s level, but I got a scholarship for a one-year master's programme. This way, I saved time and money. I also wanted to get over with studies before starting to work. It was fatiguing but it was the best decision I made,” he says.

Herman encourages aspiring students not to be put off by tuition fees. “Certain institutions offer ‘need-blind’ admissions, which means a candidate’s financial situation does not affect the admission decision. One must be proactive and apply for all available funding options and talk to the financial aid offices about their financial needs early enough,” he says.

While at college, Herman interned with NetApp, a software engineering company that eventually hired him and sponsored his Green Card. While at NetApp, he and some colleagues invented and registered a US engineering patent on data integrity and storage structure: patent number 9424301.

Last year, Herman joined Google as a senior software engineer. Despite his busy schedule, he advises students who reach out to him on the application process. 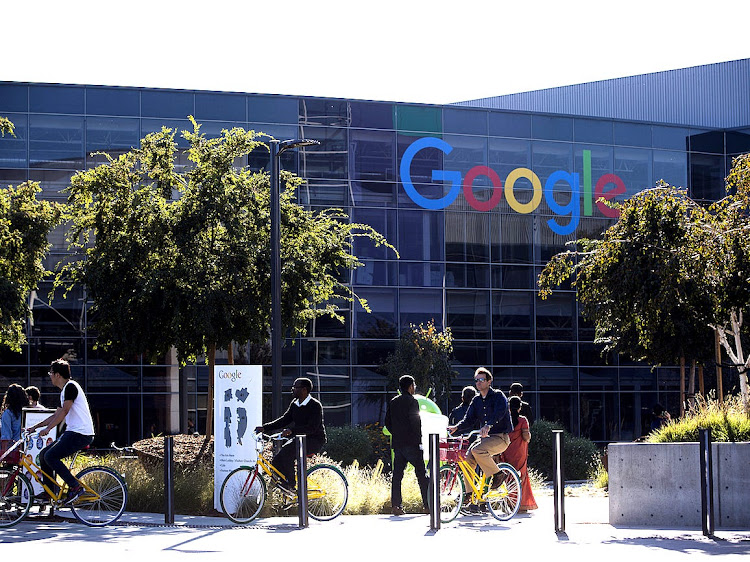 As a young boy growing up in Nairobi, Jessy Mbagara was fascinated by the sound of cars and airplanes. And as he continued with his studies, he knew working with engines and machines would be his destiny.

“The first toy I remember clearly was a remote-controlled car. As I grew older, I wanted to learn what was moving the toy car, which I did not understand until I studied physics in high school and aspired to know more,” he says.

Today, the 32-year-old engineer and also an MIT graduate has realised his dream.

Describing his career path, Jessy attributes his success to several factors. He underlines the importance of having mentors during teenage and young adult life.  Although he had many people who guided him, he says the one who stands out is his primary school teacher, Mike Njora.

“Teacher Mike not only taught me the culture of hard work but also believed in me,” he says. “He planted in me a ‘you can do it’ seed, which keeps me going up to date.”

China tops US and UK as destination for African students

The surge in the number of African students in China is remarkable. In less than 15 years the African student body has grown 26-fold – from just ...
News
5 years ago

Unlike his friend Herman, Jessy’s path to America was twisted. He applied to MIT when in Alliance High School and was rejected. He, therefore, joined the Jomo Kenyatta University College of Agriculture and Technology to study mechatronics engineering.

A year later, his parents moved to the US on a work visa and he joined them. Jessy says he knew this was his chance to get to his dream school. He joined the City University of New York as a Physics major and used the opportunity as a springboard to give MIT another trial.

“I desired to study at MIT, but they rejected my application twice. When my parents moved to the US, I knew I was closer to my dreams. I resat the SAT exams, maintained an above-average GPA, and gave MIT one last shot and got in as a transfer student in 2009.”

Jessy describes his academic journey as exhausting. “As a transfer student, I had to cover a four-year workload in three years. There are many days I slept in the lab. Life was made easier by working systems, unlimited access to the Internet, library and supportive professors.” 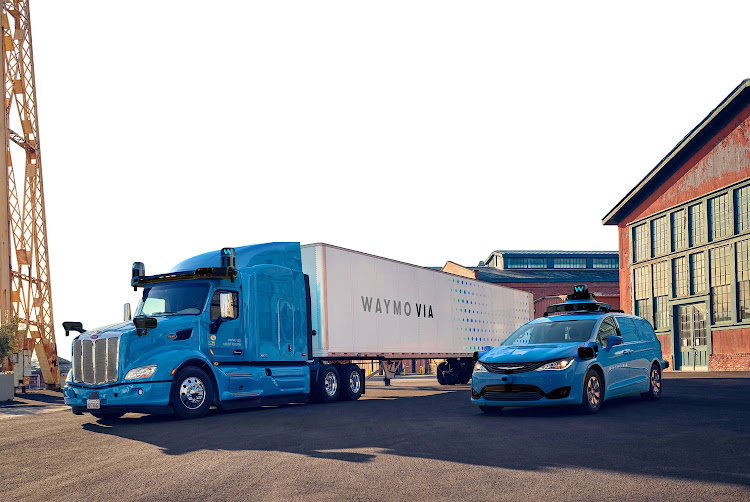 Jessy graduated from MIT in 2012 with a degree in mechanical engineering. He interned with Tesla Motors and joined Oracle as a hardware developer upon graduation. He later joined Google, where he currently works as a hardware engineer with Waymo, which makes self-driving cars.

Who qualifies for F-1 student visa?

Jessy cites US immigration policies as the toughest hurdle for foreign students.

“The US immigration process is not for the faint faint-hearted; it has been a long journey. The F-1 student visa limits you to work part-time and needed to be renewed every two years,” he says.

“This process has taken me over 10 years,” he says. “I am now a legal permanent resident and I am grateful that I do not have to worry about an expiring visa.”

Jessy echoes Herman in encouraging aspiring Kenyan students not to give up. “Follow your passion, work hard and apply to the US college of your dreams. Apply for scholarships, get support from your school and family;  have good mentors to walk you through the process and challenges.”

As to where he sees himself in the next 10 years, Jessy hopes to start a viable project in Kenya one day. “I am grateful for the skills I have acquired in the US, and my desire is to one day establish a renewable energy start-up to benefit poor communities back home,” he says.

Scholarship in Morocco: Thrown in the deep end

Not all scholarships are smooth, it takes hard work to succeed
Sasa
2 years ago

The image of a tall, slender teenage boy captured in a camera by journalists in a swimming pool in 2006 is still clear. James Rotich from Moi High School Kabarak was the top student in the country during the 2005 KCSE exam.

James knew from an early age what he wanted to become, but his father had a different opinion. “My father wanted me to become a doctor, but I wanted to pursue engineering,” he says.

“I did not want to disappoint him, so we struck a deal that if I got to study in Kenya, I would study medicine, but if I got admitted to a US university, I would pursue engineering.” James was admitted to MIT and, therefore, beat his father in the bargain.

James was among the youngest students who joined the MIT in 2006. The soft-spoken software engineer graduated from MIT in 2011 and joined Oracle as an applications engineer, where he worked for six years.

He later joined Nunatix, a software company specialising in cloud computing. “I was looking for more challenges to apply my skills, and Nunatix offered me the opportunity to be more creative.”

James is a man of few words. He says his major struggle in college was to keep at the top. “It was hard to adjust from being among the best students in Kenya to sometimes struggling to get a good grade.”

Like his friends, James advises students aspiring to study in the US to start preparing early with the standardised tests (SATs) and to ask for help when admitted. “Things might be a bit difficult at the beginning, but people here are generally helpful. One should never hesitate to ask for help.”

Asked what is the one thing he would change about his decision, he said, “I would not change anything, except maybe study harder!”

Air Force aviation engineer does it for God and country

As a child, she spotted a low flying plane and told her friends in the village that she would fly such.
News
3 years ago
Post a comment
WATCH: The latest videos from the Star
by Elizabeth Mwarage
Big Read
11 May 2020 - 03:00
Read The E-Paper