• It survived harassment from 'kanjo' and politicians, but Covid disrupted its operations 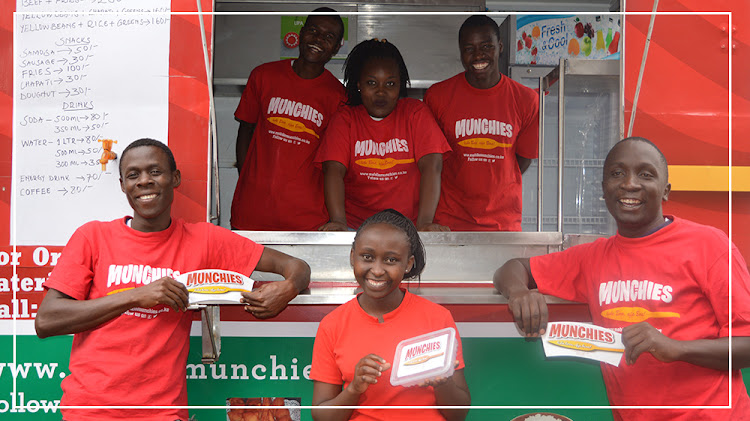 On a typical day, a red Nissan mini truck with a strikingly colourful name, ‘Munchies’, painted on each side, would traverse Westlands and Parklands.

It would then park at a junction along Muthithi Road next to Parklands Plaza — a strategic spot close to dozens of offices with workers who’ll need to chow down in the course of their working hours.

At around noon, an alluring aroma of a barrage of food would waft from the food truck, inviting passersby and dozens of employees from nearby offices to place their orders for food.

But these aren’t typical times, the Covid-19 pandemic has brought unimaginable disruption and losses to enterprises the world over. Small social enterprises such as Munchies that apply commercial strategies to create social impact haven’t been spared.

Since 2018, Munchies, a social enterprise, has been operating a food truck business offering a wide range of food items at budget-friendly prices to its office clientele in Westlands, Parklands, Ngong Road and Upper Hill. But there is more to Munchies than meets the eye.

In 2007, St Francis, an informal school and children's home nestled between upmarket Karen and suburbia Langata, was shut down by the government.

Although congested, squalid and rendered unfit to be a children’s home for many years, St Francis was a refuge for over 240 orphaned and vulnerable children from extremely impoverished backgrounds.

Life at St Francis was tough. Food was scarce and the one-room dormitory where the hundreds of children slept was run down and congested, coupled with poor hygiene and sanitation. Children at the home would often suffer from scabies and dysentery.

The closure of St Francis completely cast the lives of the orphans and vulnerable children into chaos and uncertainty. Many had lived at the home for close to five years without ever going back to their old homes or coming into contact with their kin.

This notwithstanding, it was decided that the children would be repatriated to their communities and left in the care of anyone willing to assume responsibility.

For a while, it seemed, the children at St Francis would be just another statistic of orphaned and vulnerable children bound to experience neglect, low educational attainment and economic disadvantage throughout their lives.

However, this event inspired the birth of an even greater cause in the form of a non-profit organisation called African Kids in Need (Akin).

Since 2007, Akin has kept track of the children formerly housed at St Francis and worked to ensure they have a fighting chance. For over a decade, the organisation has supported over 200 children from St Francis by paying their school fees, buying school supplies and providing career counselling.

They have also supported dozens of others to get skills training in plumbing, carpentry and tailoring.

However, in a country like Kenya that is marred by high levels of unemployment even among the well-educated, it soon became apparent that education alone is not enough, and one size doesn’t fit all, especially for orphaned and vulnerable children who lack support systems around them. 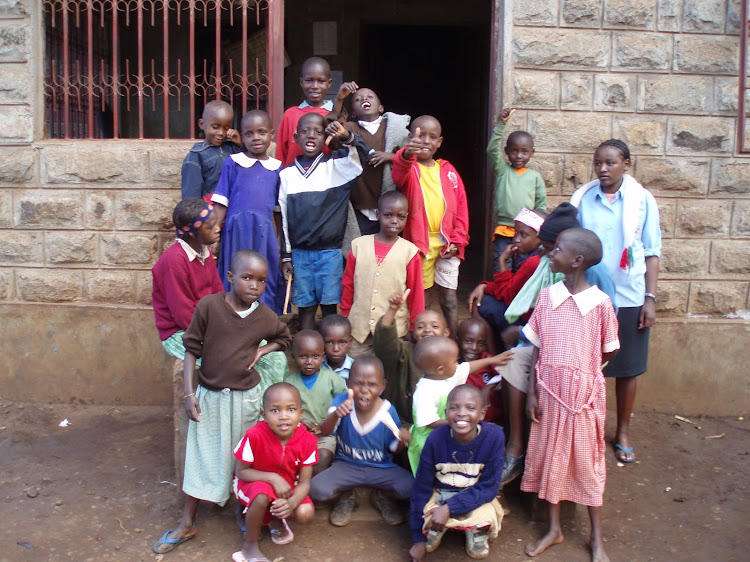 Akin started Munchies in a bid to provide employment opportunities to youths from disadvantaged backgrounds. Although it is run as a business, its end goal is to generate resources that will provide long-term support to orphaned and vulnerable children, such as those housed at the now-defunct St Francis children’s home.

While there has been a growing demand for mobile food delivery services, running a food truck business in Nairobi is no small feat.

Not only does Munchies have to grapple with high overheads associated with fuel and food prices, they also have to contend with the hostility from the City Council and corruption from officeholders who are supposed to support youth enterprises.

Trouble would often lurk around the corner, as City Council askaris have an insatiable appetite that Munchies struggles to appease. Despite having the required business operation licences, from time to time, predatory City Council officials on their prowl would approach the food truck and harass the Munchies team.

This would often put their livelihoods in jeopardy. And as if to kick them while they're struggling to get on their feet, MCAs in the areas Munchies operates would solicit for bribes to let the food truck operate there.

Despite these challenges, nothing compares to the havoc the Covid-19 pandemic has wreaked. Munchies manager Jostina Mutinda says that with most offices closed and people’s movements curtailed, they had to suspend their operations.

“Our customer base is mainly made up of people working in offices, and since many offices have been shut down, we had to suspend our services,” he says.

“Otherwise, we would be making losses and also putting ourselves and our customers at risk of getting the virus.”

With services suspended, the livelihoods of six Munchies employees are at stake. Brian Otieno, Munchies’ truck driver, found reprieve when he started working for Munchies in 2018.

As an orphan who lived at St Francis, finding employment after completing his high school was extremely difficult. His big break came when he was hired by Munchies.

Five days a week, Brian would almost always be found behind the wheel of the red Munchies mini truck, making its way through Westlands and Parklands to deliver food to their clients.

But with all their operations coming to a grinding halt, Brian and five other team members are now out of work. “This is a tough time. It's hard being out of work and not having a regular income. I am just scraping by using the little money I had saved,” Brian says.

With no end in sight, the severity and scale in which the Covid-19 pandemic will impact social enterprises and the livelihoods of millions of Kenyans is unknown. It might take a lot of time, effort and resources for enterprises to bounce back after the pandemic is over.

While the government has been very vocal about the need for the youth to create their own jobs, the same government seems to be hard at work to undercut, stifle, brutalise and create an unconducive environment for youth enterprises to operate.

As many youths in Kenya continue to grapple with the angst and hopelessness that comes with unemployment and limited economic opportunities, the crux of the solution lies with the government creating a more conducive environment for social enterprises such as Munchies to thrive.

There are over 40,000 social enterprises currently operating in Kenya, and the survival of many youths from disadvantaged backgrounds depends on their success.