It is working with the Coalition for Epidemic Preparedness Innovations to accelerate the process, which normally takes five or six years to complete

• In a teleconference interview, the South African-born CEO says Africa must be treated equally with the rest of the world

• The foundation is funding vaccine trials in Europe, but says the successful vaccine must be available for Africa 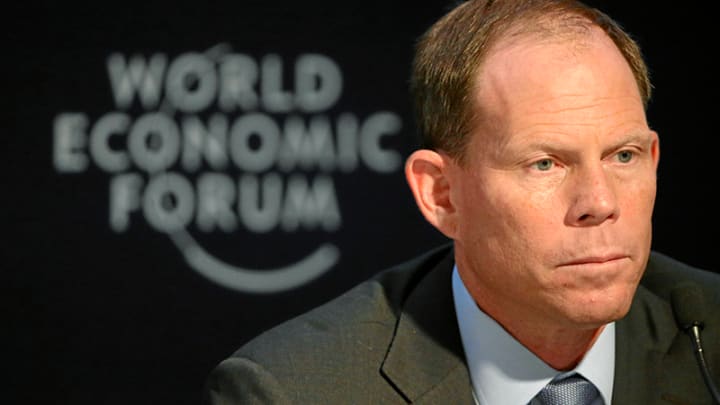 The South African born Mark Suzman, who is the CEO of the Bill and Melinda Gates Foundation, spoke to the Star in a teleconference interview.
Image: COURTESY

Mark Suzman, a South African-born former journalist, is the CEO of the Bill and Melinda Gates Foundation. He spoke with the Star's John Muchangi and other select African journalists in a teleconference.

This comes in the wake of an interview Bill Gates gave the BBC last week, in which he said it normally takes five or six years to develop a vaccine, but he believes it will take 18 months to develop a coronavirus vaccine, adding that “it shouldn’t be limited by money”.

Question: The foundation has just announced an additional $150 million funding to support response to Covid-19. Tell us about this in depth.

Mark Suzman: Yes, we've just made an announcement as the Gates Foundation we will be bringing an additional $150 million (Sh15 billion) in grants towards addressing the Covid-19 crisis globally, and that's on top of an initial $100 million (Sh10 billion) dollar announcement we made at the end of January.

And as with the first tranche, a very big portion of that is going to be focused on the search and acceleration for effective diagnostics — rapid testing kits and therapeutics. Therapeutics are treatments, basically, things that could actually prevent the disease from happening or help you get better very quickly if you're sick.

And last but definitely not least, a new vaccine. For vaccine, we've been at the forefront, working with the Coalition for Epidemic Preparedness Innovations (Cepi), an organisation we helped set up three years ago after the Ebola crisis. It is actually some of the experiences that have taken place in Africa that are informing how the world is now responding to this Covid crisis, to help accelerate the search for a vaccine.

Local scientists developing candidates before narrowing down to the most promising.
News
2 years ago

But in addition to that, there is a range of direct support we're providing across the African continent, continuing our long track record. We've been working as the Gates Foundation in sub-Saharan Africa for our entire lifetime — we’re 20 years old this year.

Who are you working with in Africa?

We have deepened strong partnerships across the continent, both with regional organisations like WHO-Afro, the African Union and Nepad, and with many individual countries.

One of the risks with the current race for the vaccine is that often, rich countries can just use their buying power to purchase large amounts of these and make it very difficult to access for poorer countries

We work in essentially every country across sub-Saharan Africa, and we've traditionally done so in areas like polio, in HIV-Aids and tuberculosis, as well as some broad areas like agricultural development and financial services.

You may be aware that our very first grant around Covid, which we made way back in January, when it was still seen as largely a Chinese problem and not yet even a European or North American one, was to the African Centres for Disease Control and Prevention. This was to boost the capacity of countries across the continent to get testing and related capacity.

We've also supported again the WHO Afro region, that's the World Health Organisation's African region. And some of you may be aware, we're actually the largest funders of the WHO Africa region.

Is there assurance that the vaccine and drugs the foundation is funding will be available here?

As a condition, when we invest in anything, whether therapeutics or vaccines, all our investments must be made globally available to all people and all countries across the world, and ideally at an affordable, accessible price.

Why vaccines will stop Covid-19

Vaccines have eradicated smallpox, and decreased the prevalence of polio
Health
2 years ago

So one of the risks, obviously, with the current race for the vaccine, as we've seen with some of the challenges around trying to source medical equipment like ventilators and PPE (Personal Protective Equipment) and masks and screening tests — is that in a race, often rich countries can just use their buying power to purchase large amounts of these and make it very difficult to access for poorer countries.

So what we do is ensure there will be global agreements to make sure there is equitable access to any of the resulting products.

What is the Gates Foundation view of the announcement by US President Donald Trump that the US will suspend payments to the World Health Organisation?

Actually, it's often not understood but I think it’s important for African audiences to be aware we're actually the second-largest funders of the WHO after the United States.

And we've had a long track record working closely with the United States on many initiatives that are incredibly helpful for global health in Africa. We partner with them on the Pepfar efforts, which is US government effort around HIV treatment, but also on the Global Fund to Fight HIV, TB and Malaria, where the US is the largest funder.

We work with the Gavi Vaccine Alliance, as well as with the WHO. So from our perspective, the United States has been a long-standing and strong global health partner in all things, including with the WHO. We certainly believe that needs to continue because we need a global effort that includes the US to tackle these global challenges.

And so in that context, we have been disturbed to see the calls by the US government to potentially withhold direct funding from the WHO. This is not the right time to do that. And we hope that does not take place because we think the WHO needs all the resources it can get at this key moment because of the important global leadership role it's playing in fighting the coronavirus.

African countries are already experiencing challenges in accessing ventilators and other resources.

Most African countries have fewer ventilators than almost any other part of the world.

But you know, sadly, by the time anyone's put on a ventilator, the majority of those people are already so sick, the current data seems to show they're very likely to die.

And so, while a ventilator is important, I think the wider challenge is the full set of equipment. You know, the personal protective gear, those oxygen facilities, diagnostics and swabs.

You know, many individual hospitals in rich cities like New York actually have more ventilators than some African countries. We work with the WHO and Unicef to see if we can do some collective procurement on behalf of African countries, and then we can have equitable distribution of the necessary equipment.

We have strong examples of that already. That's what the Global Fund does when it procures bednets for malaria or anti-retrovirals for HIV. That's what the Gavi Vaccine Alliance does, it pools resources on behalf of African and other low-income countries and purchases vaccines at low cost and makes them available to those in need.

And so we're looking to see if there are equivalents we can do on Covid-related supplies.

University can produce 50 units per week.
News
2 years ago

In Kenya, some universities are trying to make ventilators locally because of constrained global supply. Will the new fund consider buying essential supplies like these and masks locally in affected countries?

This is a global challenge right now. And you know, here I am in Seattle, in the United States, which is the wealthiest country on the planet, and everyone is making their own masks to go out on the streets of Seattle.

In some ways, it shows how unprepared the world was, including many rich countries, for something like this, that we can have those massive shortages of ventilators. And yes, that procurement has worked at Global Fund for things like bednets, produced in facilities on the African continent.

We work with partners, like WHO and Unicef, on potential procurement operations. The idea would be, procure them wherever they're available first, but if there are efforts and abilities to help source and build production capacity in African countries, we'll be supportive of that. But again, we wouldn't be doing that directly as the foundation. We would be doing that through our partners, even though our resources would be helping underwrite it.

Let me take that in a couple of ways because there was misinformation about what the Gates Foundation may or may not be looking at in terms of vaccine trials in Africa.

And that has gotten mixed up with some of those extremely outrageous and offensive comments that came from the French doctors and others about potentially using Africa as a sort of guinea pig for vaccines, which is something that we actually reject.

And actually, Africa understands vaccines better than most because Africa still faces many of the most deadly diseases that vaccines help prevent. The truth is, vaccines work. Vaccines are a miraculous invention of modern science that actually allow and save millions upon millions of lives.

And that's why we've worked so hard as the Gates Foundation and made it a central priority from our founding, to make sure that all the vaccines that are available to people in rich countries are available to those in poor countries. This has been one of the great success stories of modern health over the last 20 years. That is actually the single largest contributor to the halving of child mortality in sub-Saharan Africa over the last 20 years that we've seen.

And so in that context, we as the foundation remain huge supporters of the search for vaccines and often, we're the largest funders in this area.

So, for example, the search for a malaria vaccine that big western pharmaceutical companies do not feel incentivised to research on because malaria is no longer endemic in rich countries.

They're more likely to put their money in, you know, cancer treatment or the next Viagra, whatever it might be, because they're looking for profits. But malaria still kills many more people than most other diseases, especially in Africa.

So an organisation like the Gates Foundation can step in, and help and we have been the largest funders of the search for a malaria vaccine, for example, and similarly, with TB. So we believe very strongly in vaccines, and we believe as part of the Covid response that until we have a safe, effective vaccine, there will be no return to the global normal.

That's why we are strong supporters of the Coalition for Epidemic Preparedness.  And Cepi is now at the forefront of the search for a global Covid-19 vaccine, which we hope we can do on an accelerated basis and make this the fastest successful search for a vaccine in human history.

And we're confident we're going to be able to do that, although that's still likely at least 12 months away.

There are very clear parameters set up by global health regulatory authorities to ensure safety, so you do trials. Currently, Cepi is doing trials in places where people are sick. So the trials are happening in places like North America and Europe where the epicentre is.

And so we believe strongly in the importance of vaccines. We are supporting efforts like Cepi on that. We would never remotely be part of anything that treats Africa differently from the rest of the world in any way.

Japan's wonder drug and the race for Covid-19 medicine