From being reduced to tears by breakup to feeling unfazed, Neil Samuel has learned that time heals. Before you reach for a knife, axe or gun, he says, think twice

• As you make advances, he says, spend within your means and without expectations 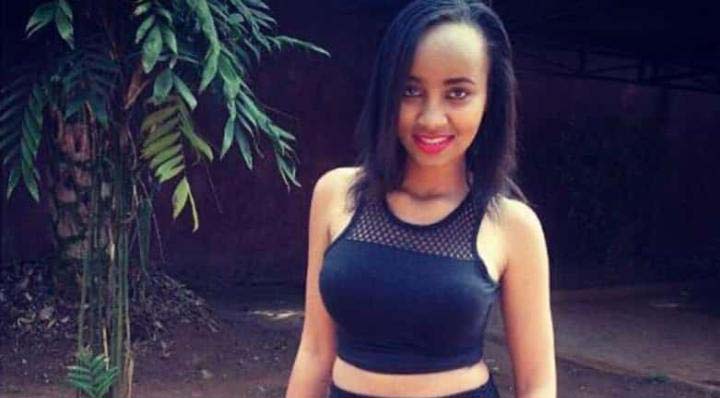 The late Ivy Wangeci, who was hacked to death on April 9 last year
Image: COURTESY

Today marks one year since the murder of Ivy Wangeci, a sixth-year medicine student at Moi University. Ivy, 24, was hacked to death by an axe-wielding man she was allegedly in a relationship with.

Many other crimes of passion were reported before and since then. Some 10 women were murdered in the first two months of this year alone. And with the stay-at-home directive leaving many people at the mercy of their partners, the numbers could rise. All this while the wheels of justice move too slow.

“What is wrong with this generation?” one may wonder. It is baffling how people, including the youth, move from ‘darling’ and ‘sweetheart’ to taking each other's life.

In my experience as a law student at a local university, I have suffered a record four heartbreaks the past one year. But I chose to make lemonade out of my lemons. To tell the world I survived it and that they, too, will. That they need not vent brutally or even fatally.

First, there was Ursula* (not her real name). Within weeks of joining university, she and I were working together on group projects. Her flawless beauty, intellect and her go-getter spirit, I must admit, were enthralling.

In the successive days, we talked more, had meals together, took pictures together, name it.

Did I mention that I even got her earrings and wrote her a poem on her birthday?

After weeks of crushing on and pursuing her, she hit me with that ‘we need to talk’. Only for her to break the news: She noticed I liked her but wasn’t ready to reciprocate it. 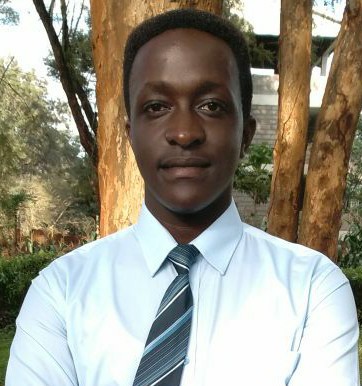 The writer, a law student at a local university
Image: NEIL SAMUEL

Then came Adalynn*. From my experience with Ursula, I was careful not to fall for Adalynn too fast. I was walking on eggshells. For months, we proceeded without taking anything for granted until the conclusion between us and from third parties alike became unanimous: We were the perfect match.

Seven months into the friendship, we had a prom night. Quite a quandary for me. “What’s all this dates thing about? Should I ask Adalynn to be my date, or is it too early?” I pondered over these questions without much of a resolution.

On one drizzly Saturday morning, I was attending a debate. It was then (through a conversation I overheard) that I discovered Adalynn was someone’s date. That someone wasn’t me. You can imagine how that threw me off balance.

While I was commiserating with my miserable self, came a glimmer of hope in the name of Erica*. Erica had been my friend for a while now. We shared lots of similar interests. Making calls to her made me particularly happy, I even questioned my liking for Adalynn.

The grief of losing a loved one can cause life-threatening inflammation, new research shows.Researchers at Rice University interviewed 99 people who ...
News
3 years ago

Grief, they say, is an ‘unnatural’ emotion. It is love that has no one to be given to, so it transforms into sadness. That explains why rebounds feel good.

I’ll be the first to admit that this was an enormously poorly thought decision. I neither took time to heal nor applied logic. I just immersed myself into the safe arms of my Erica.

In the subsequent weeks, we spent more time together. The bond grew and she seemed to be complying. My highest moment was on her birthday. The commemoration was grandiose. From the slideshow pictures to the sprayed dolls, the flowers, the letter and her favourite chocolate.

Then evening came and guess what? “We need to talk.” And when the hour to talk finally dawned: “I never really liked you that way. My heart was broken and I don’t trust it anymore.”

Like a DPT injection on a six-week old’s thigh, these words coming from her pierced me. All along, I knew I had found solace, oblivious that I was setting myself for the worst heartbreak ever.

I had never cried over a break-up, let alone in front of a woman. Yet on this day, a new precedent was set. I turned into a love clown, a poet and jazz musician all in one. Resorting to the vibes synonymous with sadness. My favourite refrain being, “Focus on your career. Love is a scam.” 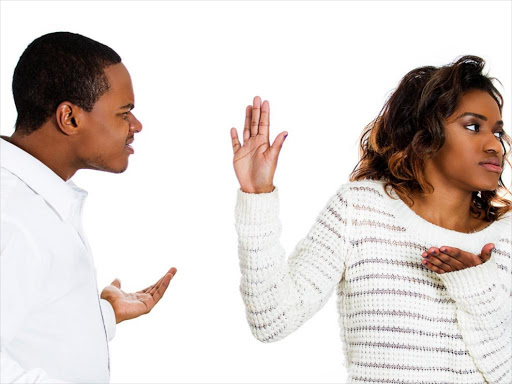 A man wonders why he has been rejected
Image: COURTESY

Then in a twist of events that made me empathic towards the crazy things people do for love, I got back with Adalynn, in compliance with her overtures. “Forgiveness.”

“Maybe Erica rejecting you was God’s plan to make you see Ada is the one,” I’d convince myself. Never mind that I had vowed not to fall for anyone till a three-year healing period lapsed.

When everyone else was ‘attending’ the famous Men’s Conference, I happened to be attending a conference, too; just one on Sustainable Development Goals. So I asked my friend Reid to meet me and deliver my Valentine’s package to Adalynn on my behalf.

He got up early and even went through the hustle of boarding a ‘nduthi’ so I wasn’t late for my conference. And when courtesy dictated I should reimburse the extra expenses he incurred, he adamantly refused to get a refund. Such a brother!

Upon giving her the package, the reception was auspicious, so he said. And it appeared to be so until that, ‘we need to talk one on one’ came by. This time I wasn’t sure what to expect as we had issues we needed to iron out.

Being a weekend, I had two days to prepare myself psychologically for anything. At quarter past midday of the material day came what sounded like a paraphrase of Erica’s words.

“I dated someone last year and it didn’t go well. I don’t think I’m ready for that stress right now,” she said. I’m not sure whether this hurt, but I was nonchalant the whole time. Given the character development I’ve been put through, such things don’t scare me anymore.

As reality sank in, it felt a little sad that this was the end of an era. Being the discerning person I am, I could tell she was in preference of her prom-night date, an archetypal ‘bad boy’, in lieu of myself, a typical quiet ‘nice guy’. For a second time now.

It couldn’t be clearer that it was time to go. In the words of Milli Vanilli, “It’s a tragedy for me to say, the dream is over.” 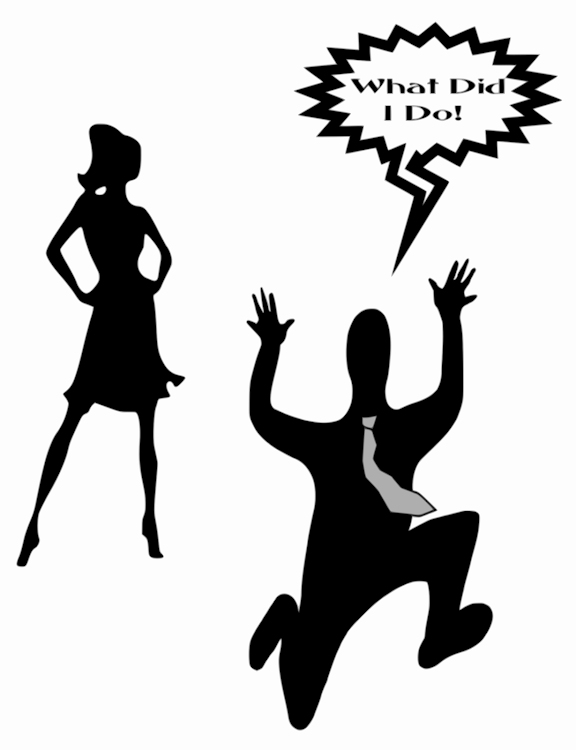 "We need to talk" means you need to walk. Beware.
Image: GOODFREEPHOTOS

Through all these heartbreaks, I’m proud to say I never laid a finger on anyone. Neither did I utter a single word of insult. Mama and Papa raised a gentleman.

One: Even the strongest feelings fade. You had a life before them and you’ll still have one after them. In the material moment, this may be difficult to accept. Nonetheless, you’ll eventually get over a lover, you’ll even wonder what it was you saw in them.

Two: Don’t make assumptions. Let things be as clear as they can be before coming to a conclusion about the status of a relationship.

Three: Being a ‘sweet guy’ doesn’t always mean you’ll be accepted. People will post all those cute John Legend vibes and the proposal at The Hub, but they will leave you, a caring person, for a toxic relationship with some bad guy who barely (if at all) gives a darn about them.

Four: Love and affection can make one do stupid things. Don’t judge those who do. Advise them with kindness, and hope you’ll never get that crazy. As you spend money on people, do it within your means and without expectations. We all know of someone who paid college fees for their better half, only for the beneficiary to find a college lover and marry them. If you will, do it like an offering: in secret, without expecting anything in return. Kill the transactional thinking. It’s hurting everyone.

Five: Do good. I’ve been motivated to set the bar high. Ursula once confessed how the poem I wrote her on her birthday remains etched in her mind. That said, know your worth. Respect yourself enough to know when to walk away.

Even the strongest feelings fade. You had a life before them and you’ll still have one after them. It may be difficult to accept in the heat of things, but time heals

Six: Don’t give false hopes. Life taught me to appreciate Ursula’s gesture of making her stand known early enough. Before things got deeper. There’s a trend among women of keeping a man they have no interest in wrapped around their little finger. Then when they are in financial distress, the man becomes their saviour. Leading someone on, for whatever reason, when you know you are not into it, is a recipe for disaster.

Seven: Seek therapy. Talk to people. Vent. Write it out. Sing it. As I write this, I feel better about it. I also find solace in songs like 'Take a Bow' by Rihanna.

Eight: Reach out to your friends. These people could be going through storms in which they need you to be there for them.

Nine: Beware the words, “We need to talk.” I am more than convinced this phrase is a curtain-raiser for bad news. Any time you get it, apply Murphy’s law: Anything that could go wrong will go wrong. Happened to me thrice.

Ten: Most importantly, I learnt that it’s never that serious. No matter what happened, you need not kill someone’s son or daughter. It will only make things worse for you. Had I taken that course, I’d have moved from being a law student to running from the long arm of the law.

If you won’t remember anything else in this article, just remember: even the strongest feelings fade. So before you get that knife, gun or axe, think twice. Time heals the deepest of wounds. Trust the process and join me in the call to end crimes of passion.

Kenya is among countries with the highest cases of female homicides.
News
3 years ago
by Neil Samuel @neilsamuel271
Big Read
09 April 2020 - 05:00