Why Kilifi official blew the whistle on Saburi

By the time the deputy governor got tested, he had interacted with over 130 people

On March 16, James Mulei, county communications officer in the office of Kilifi Governor Amason Kingi, reported for duty as usual at the county headquarters.

His day was full of meetings and assignments as the governor was present and there was a meeting with county executives the whole day to discuss the then looming threat of Covid-19. Kenya had just announced its first case in Nairobi three days earlier and two more the previous day from close contacts of patient one.

Deputy Governor Gideon Saburi was present, having returned 10 days earlier from an aborted tourism fair in Germany and resumed his normal duties.

The fair was cancelled amid rising cases of the coronavirus in Europe. To date, the virus has infected over 1.2 million people worldwide and killed over 70,000 since breaking out in China at the turn of the year.

Mulei greeted Saburi, talked to him closely and even had lunch with him freely. Little did he know the deputy governor had contracted the coronavirus, which is highly contagious.

Saburi had not self-quarantined for the 14 days the disease takes to incubate, as per a state directive. He did not show any symptoms of being sick. But Mulei had a premonition. He raised the alarm.

"It's me who alerted the [Health] department to take this guy to quarantine and to test him because I felt inside my heart something was wrong," he later said in an emotional video that went viral.

"And if I hadn't said he be taken to hospital, no one could have remembered this thing [that he should be in quarantine]."

Mulei said county officials were at first oblivious to the danger Saburi was exposing the people of Kilifi to.

"It was like a joke but now it has come to reality that our deputy governor is corona positive," Mulei added in his video amid tears, saying it was painful for him and others to have to quarantine themselves now as a precaution.

The news about the deputy governor's Covid-19 status raised anger and bitterness after the chain of people he interacted with began to self-isolate, while others were rushed to hospital.

Kilifi made the headlines not only nationally but also internationally for having a senior leader exposing others to the disease.

Despite testing negative, Kingi was the first to declare himself to be in self-quarantine after Health CS Mutahi Kagwe announced the deputy governor's positive status and promised legal action.

Saburi has since apologised for his actions, saying he is remorseful for the panic he caused to the people of Kilifi county. In a conversation with Kilifi South MP Ken Chonga shared on social media, the deputy governor termed his health status "perfect", adding that he "did not feel anything unusual".

Some leaders say he was reckless, others that he was simply ignorant
News
1 month ago

However, he found himself under fire from Kilifi residents, who termed his actions “selfish and irresponsible”. MCAs promised to impeach him once the dust settles. 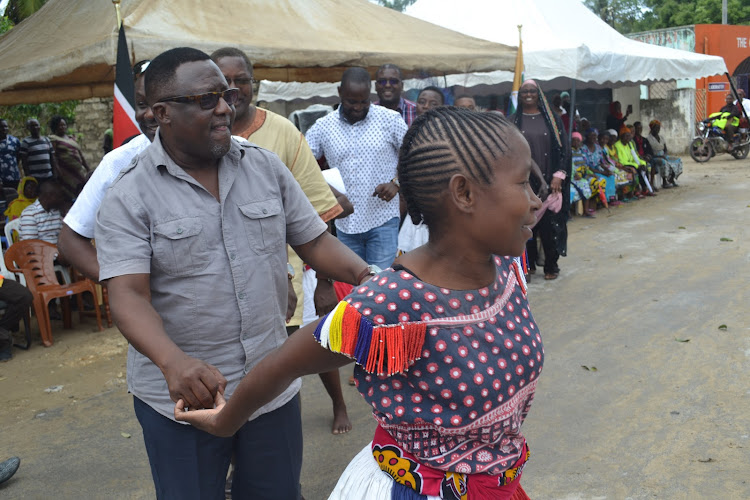 Immediately after the announcement that Saburi had coronavirus, the county went into panic mode as the vast network of those who interacted with him was traced.

Even journalists were not spared as they attended a press conference of the governor outside his office on March 18, a day after the county boss met the deputy.

Other journalists had also met him at the International Women's Day celebrations in Rabai constituency.

All the county staff who interacted directly or indirectly with the deputy governor were ordered to go into self-quarantine.

Kilifi county offices turned into ghost buildings, as only county askaris could be seen manning the gates.

The entire political class, from MCAs, the woman representative to the senator, went missing.

Some just managed to send messages or recorded video clips and shared them on social media to reveal their whereabouts due to the pandemic.

For the first time, locals were left on their own to observe what would come next after reports emerged that the virus could have spread all over.

The once busy streets became quiet with empty streets, which impacted heavily on the economy, particularly on the people relying on the county officials for survival in their businesses and even transport, such as boda bodas.

Day in day out, Saburi was the subject of discussion in the streets, social media and even at homes.

Some wondered how the deputy governor could travel abroad in the wake of the coronavirus pandemic. 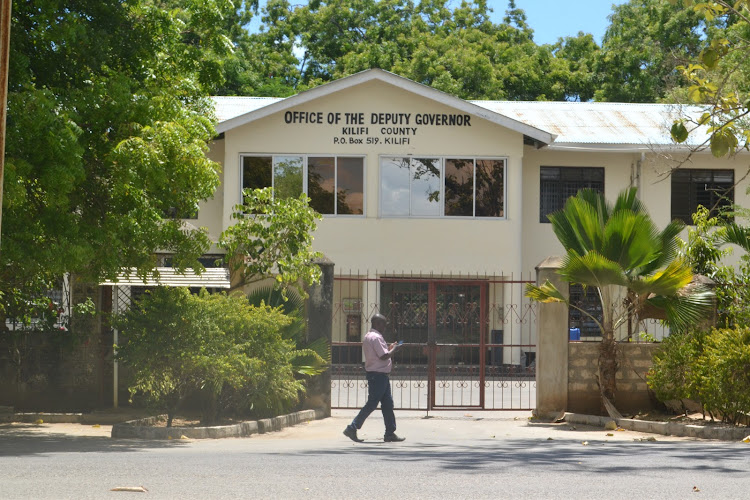 Saburi travelled to Germany to attend a tourism promotion trip. He was supposed to go with Trade and Tourism executive Nahida Athman.

Athman did not travel but the deputy county boss did, despite getting reports the trade fair had been cancelled.

The tourism promotional trade fair in Berlin, Germany, was cancelled due to the coronavirus threat.

Saburi admitted he knew of the cancellation of the trade fair at the airport after calling the executive to inquire about her travel plan.

Amid claims he travelled because of per diem, Saburi said he got clearance from the governor to attend the fair.

He said the county secretary authorised his travel in an official letter confirming he was free to go.

"When I learned the trade fair had been cancelled, I had already booked a room and air ticket. I proceeded to travel because I had other meetings with stakeholders in Berlin," Saburi said.

The deputy governor stayed for three days only instead of 10. He says by then, Germany had not been marked as a hotspot country in the coronavirus pandemic, which was fast spreading globally.

Saburi said it is the governor who called him and advised him to go and complete his quarantine at a self-isolation centre prepared in Mombasa.

This is contrary to reports the governor was forcibly placed in quarantine after being arrested by security personnel, who later also went into self-quarantine for interacting with him.

After landing back into the country, Saburi reportedly went to Mombasa Hospital but did not reveal his travel history.

He was admitted for three days and later discharged, only to go back to his normal duties.

This included attending funerals and weddings and going to night clubs and nyama choma bases.

In one of the funerals, he interacted with Lands CAS Gideon Mung'aro, Kilifi woman representative Gertrude Mbeyu, Rabai MP William Kamoti and many others.

Mung'aro and Mbeyu have since tested negative, but the Rabai legislator tested positive after being admitted at Premier Hospital Mombasa for several days. The hospital staff went into quarantine, too.

Earlier, the deputy governor held meetings with MCAs from his constituency at Mazeras and also met many other people.

Senior Nyundo Samir, a confidant of Kingi, even drove the deputy governor's vehicle in Kilifi, not knowing the boss was from a country where coronavirus had been reported. Nyundo also went into quarantine.

Furaha Chengo, alias Kalama, a former driver of the first Kilifi Deputy Governor the late Kennedy Kamto, is among those who interacted with Saburi.

"I hugged him and talked to him at close range for over five minutes, went to his driver and we talked for over 10 minutes," he said.

Kalama stayed offline for over one week before he learned of the situation he had put himself in.

This led him to be put into quarantine together with his wife, a government officer, for 14 days.

The Health CS said the deputy governor could have interacted with over 130 people, but with the chain and movement of those who interacted with him, the number could be bigger.

While venting, Mulei wondered why Saburi could sit with the governor and shake hands with him; sit with everybody, knowing he was sick.

"I'm so bitter about this guy, I have no apology about all these words I am using. He is never serious in life, he has made us go for quarantine. Quarantine is not easy, it's expensive. You don't move, you sit in the house, eat there, you don't move anywhere,'' he said.

Mulei said all the other contacts, including Kingi, were suffering because of him.

He promised to ensure Saburi is impeached by all means, saying the deputy governor does not deserve to be in the seat.

"It's painful but there is no other way we can do it. It's painful we have gone into quarantine. It's a bit heavy to carry, it's hard. It's hard," Mulei said in his video.

"Thank you, Kagwe, for saying you will take him to court. Let him go, he doesn't care about the lives of the people he has infected with this virus."

Asked how he suspected the deputy governor had coronavirus, he told the Star, "It's just my sixth sense which was alert. The governor had told him to go on 30 days' leave but he refused."

Kilifi's Saburi to remain in custody until Thursday