HIV infection among gays rises as many fear testing

They fear talking openly about their HIV status due to discrimination by the society, compounding the stigma they already face for their sexual orientation

• Most gays, bisexuals, men who have sex with men and transgender people have not tested for HIV and do not reveal their status to their sex partners 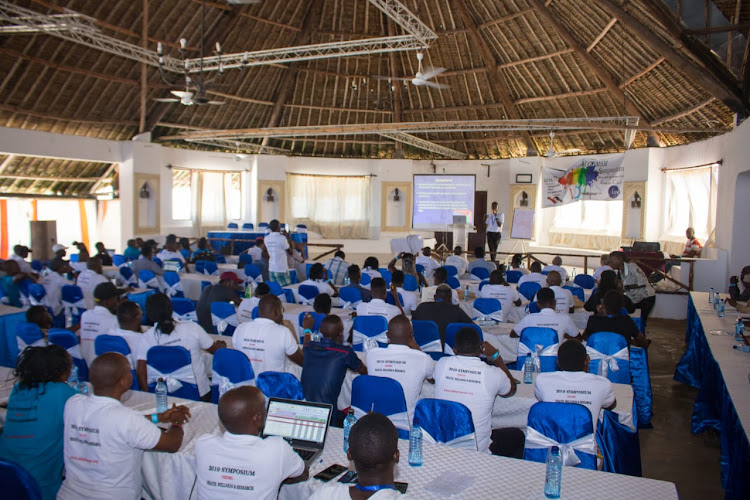 Most of the GBMSM/TG people also fail to reveal their status to their sexual partners, and risks of infecting them, too, are high./MALEMBA MKONGO

When Erick* (not his real name) discovered he was HIV positive, he was not sure who had infected him. But one thing was certain, the person was definitely not a woman.

He was also not sure for how long had he been living with the virus.

In 2009, Erick was among seven students expelled from high school on allegations of homosexuality.

He said he was introduced to homosexuality by students in senior classes just when he had joined form one.

Since then, the habit stuck until the day they were caught by the school security guard and were expelled from school.

"I could not face my parents and tell them I was sent away because of practising homosexuality. Therefore, I could not go back home,” Erick said.

Instead of going home, Erick and two of his schoolmates escaped to Mombasa, where they met the cousin of one of the boys, who hosted them.

Unfortunately, the cousin would leave them without food, and the boys were forced to go out and hustle to make ends meet.

It is while hustling that Erick met a man with whom he slept with in exchange for a small amount of money.

He was subsequently thrown out of the house when his host learnt about the kind of “job” he was doing.

This forced him into commercial sex work, which sometimes saw him drugged, raped and experience so much other sexual violence.

“I was young and I did not know how to negotiate on using condoms. I guess this is where I acquired HIV,” he said.

How did he discover he was HIV positive? Erick said he had attended an event on World Aids Day, where the organisers were offering free VCT services.

Convinced he was HIV negative, Erick took the challenge and underwent the testing, where he found out he was, in fact, HIV positive.

Erick was in disbelief. He could not accept the outcome. He lived in denial for several years.

This possibly left many of his clients with whom he did not use protection infected with the virus.

But Erick is only one of thousands of men having sex with men (MSM) and transgender people who do not know or have accepted their HIV status or are under ARV drugs if HIV-infected.

According to various reports released by different community-based organisations, most gays, bisexuals, men who have sex with men, and transgender people have not tested for HIV, hence don’t know their status.

The reports were released during the first annual symposium for the GBMSM/TG community.

For those who do know their HIV status, most have not accepted it and, therefore, are not taking their antiretroviral drugs (ARVs).

Most of the GBMSM/TG people also fail to reveal their status to their sexual partners, and risks of infecting them, too, are high.

In Nairobi, the research conducted by Ishtar MSM indicated that half the GBMSM/TG who tested HIV positive are living in denial of their status.

Study findings presented by Ishtar’s Kelvin Njoroge indicated HIV disclosure/acceptance rates among GBMSM/TG were assessed and it was reported that out of 45 HIV positive GBMSM/TG people, only 25 were aware of their status and out of those 25, only five accepted their status and had embarked on ARVs.

The remaining 20 participants were yet to come to terms with their status. Njoroge said the lot was undergoing counselling to make them accept their status.

Joshua Kimani from the Sex Worker Outreach Programme gave an update on HIV epidemiology in Nairobi. He said the transmission risk among GBMSM/TG has not changed for the last five years, and the numbers are expected to rise drastically if no adequate measures are taken.

HIV prevalence among transgender people is the highest, with an estimate of 43 per cent.

“Efforts should be increased to reach out to the remaining 13,000 for HIV testing and prevention measures,” he said.

In Uasin Gishu county, HIV prevalence among GBMSM currently stands at 10 per cent, and the numbers are said to be growing gradually.

While GBMSM are 19 times more likely to contract HIV compared to the general population globally, a 2018 Nascop report indicated that the HIV prevalence among GBMSM in the coastal region stands at 15.2 per cent.

But why the growing numbers of new infections each year?

GBMSM/TG said they feared to talk openly about their HIV status due to stigmatisation and discrimination by the society, compounding the stigma they already face for their sexual orientation.

Other reasons include misconception, lack of advocacy and fear of the unknown.

With the worrying numbers of new HIV infections each year, different organisations reported measures they were taking to control new infections.

They have opened GBMSM/TG-friendly health centres, where their clients can access HIV healthcare services.

The centres were established because quite a number of GBMSM/TG patients were being denied healthcare services based on their sexual orientation.

The organisations issue free condoms to all clients, and especially male sex workers. They have taken a step ahead by also training the sex workers on how to negotiate on using condoms with their clients.

The organisations are also carrying out advocacy and peer education among youths and GBMSM/TG.

Gigi Louisa from the Gay and Lesbian Coalition of Kenya (Galck) called for a medicolegal framework that will outline health needs for the key population, and especially for the transgender people.

She said one of the challenges transgenders face is lack of sex reassignment facilities or services and, therefore, the need to establish gender-affirming approaches.

She said the framework will highlight needs such as reassignment therapy, mental care and sexual reproduction.

Gigi further called for the establishment of studies on transgender people that will focus on prevention, diagnosis and treatment of physical and mental health conditions.

As the world goes digital, the GBMSM/TG community noted that its members also need to move with the times.

Nafasi Innovations called for apps that will advocate HIV testing and self- awareness among GBMSM/TG people. At the moment, the organisation has developed the so-called “Rainbow App ”, which is popular among its target audience.

Nafasi said the apps should generate content that is relevant to the GBMSM/TG community.