As the most affected by the vagaries of climate, such as water shortage and firewood scarcity, women have joined the table of decision makers in conservation

• Women are most affected by vagaries of climate, such as water shortage, trekking long distance to look for firewood, among others 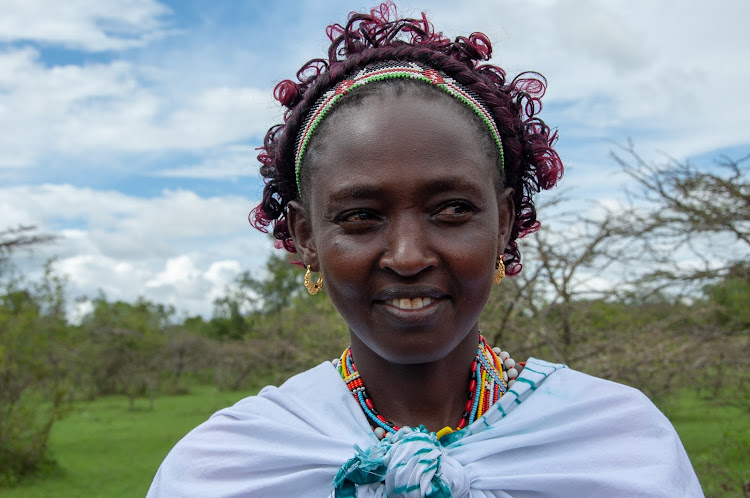 A few years ago, Pasei Oleitu, 35, was an ordinary Maasai woman going about her daily chores in Narok county.

In her oblong-shaped, grass-thatched Manyatta, she could only be seen either at work, tending animals, carrying a baby while breastfeeding, fetching fuelwood from the surrounding thicket, carrying water containers or building and repairing her manyatta.

For many years, the Maasai culture has bogged her down as it has been characterised by patriarchy. Oleitu could only allow men the monopoly of making all the decisions.

This is, however, changing one step at a time.

"Men listen to women nowadays," Oleitu said as she ushered us into Oloisukut conservancy, a gem in Transmara West subcounty, where she is a board member.

Oleitu said women can now own a herd of cattle. "Women have changed. We also need to move forward," she said without apologies.

She said the conservancy has provided a platform where women face men before telling them the realities of life. It has also provided them with a platform where their leadership and governance skills are horned.

Oleitu has six children, one in Kilkoris Boys High School. She is not the only woman on the Oloisukut Conservancy Board. The board has six women, five youth and five elders.

This is because women are most affected by the vagaries of climate, such as water shortage and trekking long distance to look for firewood.

Youth in the board is meant to build future capacity, while elders provide the final authority.

Komoni Gisoi, a beekeeping chairwoman, agreed with Oleitu that women have a lot to contribute.

"Men nowadays do not pass the resolution without input from women. We explain what they do not know as men do not know some of the things," she said.

Gisoi said with the new beehives donated by WWF-Kenya, they can now reap big. 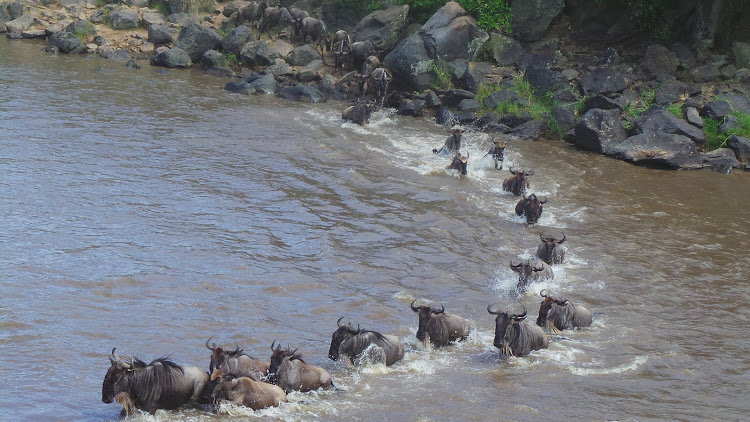 The Mara ecosystem remains one of the most phenomenal natural spectacles in the world. Over two million wildebeest migrate between Kenya and Tanzania annually in search of pasture and water.

However, the large herds no longer throng Kenya’s Maasai Mara in their numbers. The wildebeest join half a million gazelle and 200,000 zebra in a perilous trek from the Serengeti Park in Tanzania to the Maasai Mara reserve every year. All in all, they number about two million.

But now, the destination in Narok county is no longer attractive, following massive encroachment.

The 40,000 sq km Serengeti-Mara plain that straddles the border of Kenya and Tanzania is famous for its abundant and diverse wildlife. It is also home to one of the wonders of the world: the Serengeti-Mara wildebeest migration.

The area is made up of pastoral community lands and 12 major protected areas, including the world-famous Maasai Mara national reserve and the Serengeti National Park.

In a disturbing study, scientists have found that the once-attractive jewel is no more.

Research published in the Science Journal March 29 showed how activities by people — like farming, erecting fences and settlements — are proliferating around the borders of the core protected areas.

This is putting huge pressure on the area’s environment, natural resources and wildlife.

This is the first time a large team of scientists from seven countries pooled together various lines of evidence — like ground vegetation monitoring, aerial surveys of animals and GPS-tracked animals — to show the impact of human activity on the Serengeti-Mara.

The study, led by the University of Groningen and with collaborators at 11 institutions around the world, has data covering 40 years.

The research indicated the activities of people have caused extreme changes to the habitat. It has significantly reduced the amount of grass and, because of farms, settlements and fences, the landscape has become fragmented. This means animals can’t move freely to find resources or mate.

Key ecological functions have also changed. There are less manmade or wildfires, which means trees and shrubs are able to take root, soils are damaged, and so the land produces fewer plants, and the area becomes more sensitive to climate change.

Oloisukut conservancy is among the several conservancies that surround the greater Mara ecosystem.

The conservancy was formed in 2006 but started operations in 2010 upon registration as a self-help conservation initiative by the Department of Social Services and was later registered by the Registrar of Societies.

The main goal of the conservancy is to improve the livelihoods of the members through conservation-based enterprise, while safeguarding the integrity of the larger Mara-Serengeti Ecosystem for current and future generations.

The conservancy's operations are in line with the four main pillars of conservation: environmental integrity, wildlife conservation, people’s rights and income generation and profits.

Through a network of protected areas, the conservancy seeks to secure more space for wildlife and to secure the livelihood of the local population.

In Oloisukut conservancy, an ecotourism and livestock enterprise for the landowners has been set up.

The conservancy is the leading tourist destination in the Maasai Mara ecosystem, where biodiversity conservation, livestock and agricultural production have achieved an equilibrium that optimizes livelihood benefits to the members and the local residents.

He said the increasing human population, land tenure and land-use changes, fragmentation, fencing and the spread of agricultural development in the Transmara area of Narok county were dealing a major blow to wildlife.

"The changes were progressively isolating the flora and fauna of the Mara ecosystem and altering the landscape," he said.

Ole Mpario said a solution had to be found. He said individual landowners had to be brought into conservation to help leave land open for wildlife.

"If we do not protect, the Maasai Mara National Reserve will die," he said.

Ole Mpario said more conservancies surrounding the Maasai Mara need to be formed for the Mara ecosystem to be maintained.

He said the wildebeest movement has been affected by fencing for agricultural activities.

Ole Mpario said the Oloisukut conservancy covers 23,000 acres. He said there are a lot of benefits that have been reaped by 51 farm owners so far, including reduced human-wildlife conflict and reduced poaching for bushmeat. 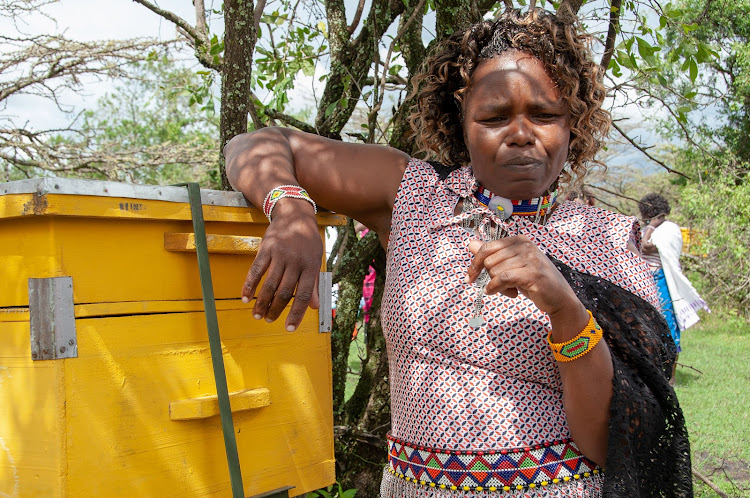 Massive encroachment has deterred tourist attraction from thronging Maasai Mara in search of food and water
News
3 years ago
Post a comment
WATCH: The latest videos from the Star
by GILBERT KOECH News Reporter
Big Read
28 January 2022 - 05:00
Read The E-Paper