How precision agriculture could end food shortage in Kenya 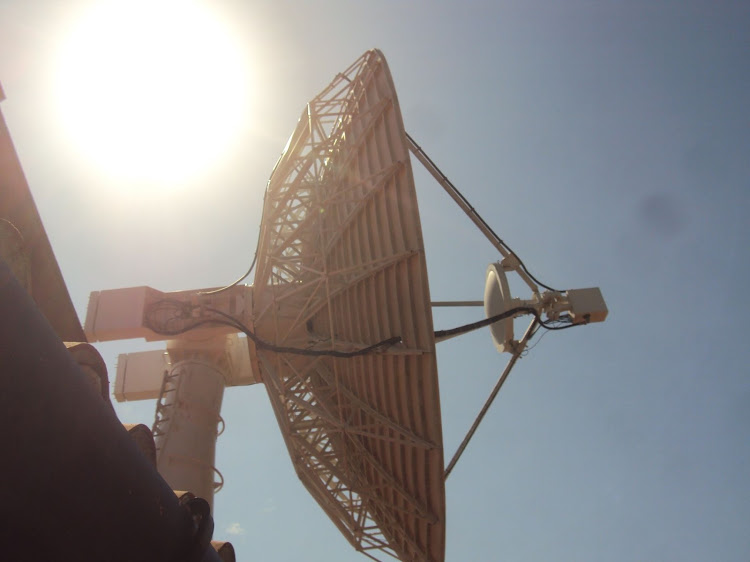 One of the antennas at the San Marco Space centre in Ngomeni, Kilifi county. A space agency was established in Kenya in March 2017.
Image: FILE

It may sound like a dream, but Kenyan farmers may soon find it easy to deal with age-old enemies: the weather and pests.

The Kenya Space Agency, though just slightly over a year old, is positioning itself to transform agriculture across the country and boost the rise of the “smart farm”.

The fourth of its kind to be established in Africa, the agency is determined to help farmers increase their yields and in the course make Kenya food-secure.

Kenyan farmers, like many in Africa, depend on rain-fed agriculture, and crops are usually destroyed by pests in the fields.

John Njoroge, the Kenya Space Agency acting director general and lead scientist, noted that their work revolves around telecommunications, navigation and exploration, but pointed out that their focus will be earth observation.

“There are several things a space agency would do, but our greater focus will be on what benefits Kenya quickly and that is earth observation,” Njoroge said.

An average person, if asked, would be hard-pressed to articulate why it is important for Kenya to take up space endeavours.

Precision agriculture is an approach to farm management that uses information technology to ensure that the crops and soil receive exactly what they need for optimum health and productivity.

It uses inputs including fertiliser, pesticides, seeds or water in a sparingly and strategic way to improve productivity and efficiency, reduce costs and exert minimal environmental impact.

Njoroge said satellite data from the agency will be a unique resource for farmers, which they will use to keep watch over their vast acreage.

“Such data is the only way of observing huge tracts of land while providing information otherwise invisible to the naked eye. This information includes soil humidity, and it will be provided to farmers with unparalleled accuracy,” he said.

Satellite data will also make it possible to monitor changes in land on a continuous basis.

“We will be able to tell if crops are deficient, whether they need fertiliser, and what types. We will also be able to to see pests on farms and advise on where to specifically spray the pesticides. We will also tell which areas need irrigation and how much of it,” Njoroge said.

In developed countries, space-based technology has become of value to farmers, agronomists, food manufacturers and agricultural policymakers who wish to simultaneously enhance production and profitability

Kenya Space Agency intends to provide key data for monitoring soil, drought and crop development. Rainfall assessments from satellites will help farmers plan the timing and amount of irrigation they will need for their crops.

Njoroge added that accurate information and analysis can also help predict a region's agricultural output well in advance. It can also be critical in anticipating and mitigating the effects of food shortages and famines.

Enhanced weather prediction and notification services have been credited to saving countless lives through early warnings and enhanced responses.

Njoroge said satellites will provide them with critical climate indicators to track and model the dangers of global warming.

The board was fully constituted in July last year and was inaugurated on September 11 of the same year. Responsibilities include coordinating space-related activities, recommending national space policies and establishing centres of excellence in space science.

The agency is intended to develop and nurture a vibrant and viable domestic space industry by enhancing coordination of space related-activities among government agencies, industry and researchers.

In Europe, space technology is also used to track livestock with accuracy, to precisely steer machinery in the field, and to help farmers reduce their use of agrochemicals.

Autonomous farm vehicles can be accurately controlled to follow set paths to ensure that no section of the field is missed when ploughing or seeding.

The space programmes also contribute to sustainable supply chain management by helping track the exact origin of food from farm to the plate.

Agriculture PS Hamadi Boga said KSA's activities would result in better monitoring of crops while in the fields.

“Its technology will enable us to track positive and negative dynamics of crop development. We will be able to monitor everything from flood damage to crop yield with greater detail than ever before,” he said.

Authorities look at the fields and can see the basic difference between a healthy, highly productive crop and a low-yielding crop that is nutrient- or moisture-stressed.

The PS further said the technologies will enable his office to do soil fertility and underground water mapping.

He added that drones could be used for spraying, planting and even surveying crop conditions, which includes monitoring pests and diseases.

Njoroge also said drones could be key in improving agriculture, but said their use could be limited because of the fear that terrorists could use them to launch attacks.

“Drones can do wonders in agriculture, though they can be abused. That is why we are not keen on them,” he said.

Martin Wekesa, a farmer in Trans Nzoia county, is optimistic that space technologies will enable them deal with some of the challenges they face.

“If we can know the health of our crops clearly, we might be able to predict our harvests,” he said.

The farmer said satellite images will reduce wastage as they will know which areas need insecticides and where fertiliser is needed most.

“We will not go spraying the entire farm when it might just be a section that needs pesticides,” Wekesa said.

Njoroge further said in areas where infrastructure is poor, satellite imaging can capture geographical information much more quickly than monitoring from a vehicle.

“When fully operational, we will use space technologies to map the country’s forests, roads and even boundaries,” he said.