How not to rely on China for fish supply 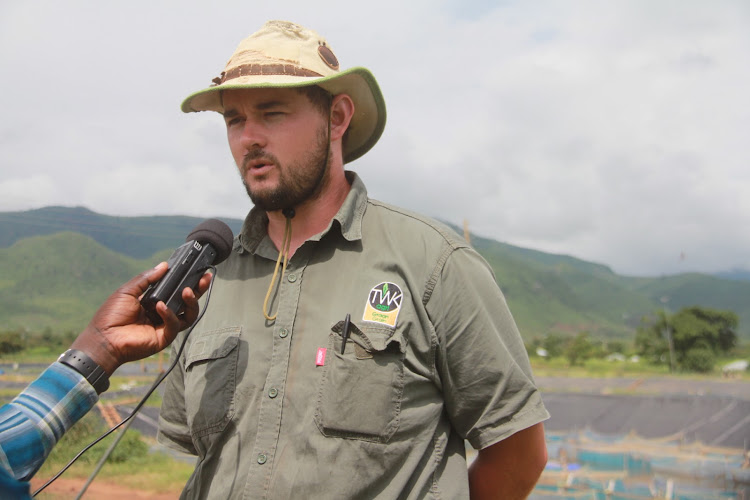 Located at the offshore of Roo beach in Homa Bay county, Victory Farms is destined to supplement the tilapia shortage in the country, while changing the lives of locals.

The factory covers 216 acres. It produces its own tilapia in hatcheries, rearing the fingerlings in their ponds, then after some time transferring to cages which cover 56 acres of the lake, 1.5km from the Roo offshore.

“Our vision is to make high-quality fish protein affordable and accessible to all Kenyans, thus helping Homa Bay be the leader in delivering the national government's Big Four Agenda (of food security),” he said.

“Kenya currently imports most of its fish from China. We need to build industries where we can be self-sufficient from our own water sources, and cage and pond farming provides a solution to that,” he said.

“Kenyans need at least 500,000 tonnes of fish each year for consumption, and the wild catch has been dwindling. This has forced consumers to depend on China for 50,000 tonnes to meet the demand, a gap which we are committed to filling locally.”

Dey said they are only using native tilapia strains with fingerlings sourced from the government-accredited hatchery, and independent water quality tests are done monthly.

The factory uses no antibiotics and has credited a bio-protection zone to promote brood stock growth and ecosystem preservation, while recycling their inputs where possible.

Kenya currently imports most of its fish from China. We need to build industries where we can be self-sufficient from our own water sources, and cage and pond farming provides a solution to that

BENEFITS TO THE COMMUNITY

Apart from employing over 500 persons, Victory Farms has also supported several small business and entrepreneurs along the catchment area and throughout Homa Bay.

“Thanks to our farm, thousands of households within the region have benefited economically,” Dey said.

The farm has initiated numerous projects through its Corporate Social Responsibility. These include donating a Sh1 million rescue boat to the beach management units (BMUs), which is stationed at Roo beach, while another one of is on the way.

Plans are also underway to donate 300 life-saving jackets to the nine BMUs at a cost of Sh300,000. They have also installed three commercial solar lights to communities and also sponsor pupils and students from vulnerable backgrounds to acquire education.

The farm is also working to build a programme that helps local fishers and smallholders to become independent fish farmers, where they will be offering them feeds, fingerlings, cages and technical assistance, and then offering them a ready market for their products.

Victory Farms also trains its employees on aquaculture, best management practises and leadership skills, which has seen many of them rise through the farm’s ranks.

Lilia Okute, who studied therapy nutrition, is one of the beneficiaries of the programme. After joining the farm, she was trained on marine engineering and is now in charge of cage construction and floating objects at the factory.

“I am happy with what I have achieved. I can actually boast of the work of my hands, while watching the cages and other floating objects I have made. Currently, we have around 300 cages in Roo beach,” she said.

Ornamental fish will also be raised as there's a market for decoration.
Counties
3 years ago
Post a comment
WATCH: The latest videos from the Star
by Habil Onyango HOnyango07
Big Read
28 June 2019 - 05:00
Read The E-Paper