A jerry can, a wooden stand and a string is all it takes. Schools and communities in Kilifi have adopted it to fight preventable diseases 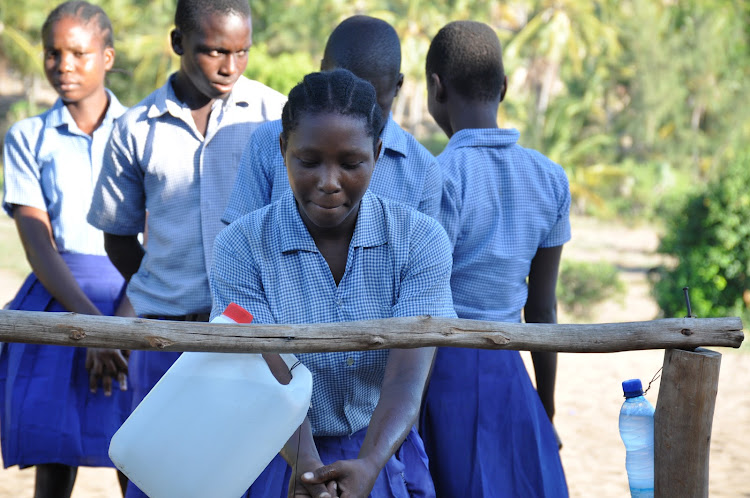 It is a warm Monday morning as I walk towards Mwaeba Primary School in Kilifi county. The school is located in an isolated village in Magarini constituency.

Arriving at break time, I expect to find the primary school pupils huddled in groups, shouting and relaxing.

However, something strikes me. There are a few pupils outside, not playing but collecting litter. Most are in class, revising for the next lesson.

The school’s environment is visibly clean. The only thing punctuating the landscape is sand dunes and gently swaying coconut trees.

A standard eight pupil called Agnes Mara greets me respectfully alongside some of her schoolmates. Out of curiosity, I ask her about the school's high level of hygiene.

“When we are healthy, we can learn and achieve our dreams. When our hygiene is at stake, our goals are limited," she says with confidence.

The school set up tippy taps in the compound and at the toilets for pupils to wash their hands after visiting the washroom or collecting litter.

At Mwaeba and other schools that have embraced the tippy tap programme, they use a jerry can, wooden stands and strings, which release a small amount of water each time the tap is tipped.

It was set up in such a manner that when the tap is released, it swings back to its upright position.

As Mara explained the project, she offered to carry my bag and ushered me to the head teacher’s office.

I came to learn that Mara is a member of the school's health club, which has instilled the culture of handwashing among fellow students.

She is in a group of 30 health club members, who empower fellow pupils with knowledge and skills on good sanitation and hygiene practices at home.

They spend their free time talking about health issues and reaching out to fellow pupils to come up with their own activities to address hygiene and sanitation issues.

"Before the health clubs were formed, most of my peers constantly fell sick and missed crucial school hours," she says.

The health club has become the centrepiece of the school's vision to ensure everyone lives in a clean environment safe from preventable diseases.

The administration painted the walls with colourful illustrations to remind pupils and visitors of the importance of good hygiene.

The messages provide a step-by-step process of washing hands after using the toilet, before preparing food and eating, and after touching anything that may be of risk to their health.

On our way to the head teacher, Mara introduces me to teacher Hero Cosmas and I learn that he is the health club patron.

“We partnered with Afya Pwani project to restart health clubs in the school,” he says.

Cosmas says the pupils were trained by the Afya Pwani Water, Hygiene and Sanitation (WASH) team on how to set tippy taps, and they have embraced handwashing practices.

A row of tippy taps stations and soap has been set up next to the classrooms for use by the pupils and the teachers whenever they visit the toilet or touch dirt.

The health club patron says the training they received from the project has also been embraced by the community the pupils and teachers come from.

"Each household in the community constructed their own toilet facility and installed a handwashing station close by to complete the proper sanitation practice," he says.

Cosmas says the tippy tap project and the health club have really motivated the students to live in a clean environment, which frees them from sanitation-related diseases.

“We will keep monitoring to see how keeping our students healthy and in school translates to success,” he adds as he introduces me to head teacher Kahindi Kaviha.

Kaviha says pupils are the best agents of change in the community.

“We encourage them to pass the message to their parents on the importance of good sanitation practices,” he says.

He says the communities, through the pupils, are encouraged to come up with sustainable solutions towards achieving zero open defecation status.

“We are very happy because our school and our village were recognised by officials from the Health department for best sanitation practices,” Kaviha says.

Juliet, a project officer working for USAid-funded Afya Pwani project, says they decided to work with schools because pupils are more receptive to change and are likely to pass the message to their parents.

“Besides them debating in school, the students also visit neighbouring schools for debates and discuss issues that affect them,” she says.

She says Afya project has supported over 20 primary schools in Kilifi county over the last two years to instal tippy taps.

They also support the construction of 1,543 latrines to help keep pupils and communities healthy.

"Even though the innovation is not new in the country, it is efficient, adaptable and convenient to the user," she says.

Juliet says with tippy taps, there are minimal chances of the water in the jerrycan getting contaminated with germs, as the user only touches the soap that is tied on one edge of the tippy tap. 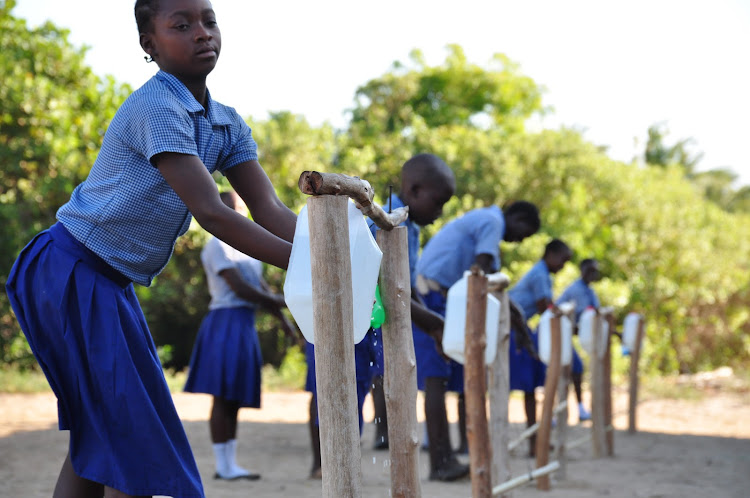 Research has indicated that globally over 280,000 children die each year because of unsafe water and sanitation.

World Health Organisation reports show that such diseases can be reduced by over 50 per cent through handwashing with soap.

Through the initiative, pupils are taught not only how to use a toilet and keep it clean, but also how to wash their hands properly.

The project is supported by USAid and is being implemented by Pathfinder International Kenya, targeting 26,795 individuals to gain access to safe drinking water. 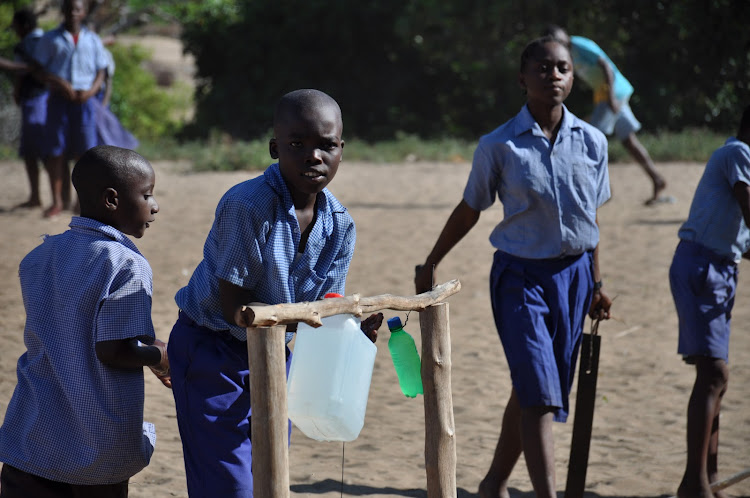 So the report indicates that the project has contributed to overall improvement in various WASH indicators in Kilifi county.

Technically, the project also supports the Health department in improving WASH at a health facility. It does thorough and detailed assessment in all the health facilities run by the county using the newly introduced WHO FIT approach.

Mwaeba is an example of the success of hygiene promotion and health not only for pupils but for the community at large.

If embraced all over the country, diseases caused by poor hygiene will be reduced and communities will live in a healthier environment.

Mbuvi stated that many girls in Nairobi and other counties experience barriers to high-quality menstrual hygiene.
Counties
2 years ago