No mobile phone company has a recycling or a take-back programme in Kenya, despite most mobile handsets in the market having shelf lives of not more than two years

• Bill conceived in 2013 wants producers of electric materials to support the financing of collection.

• Manufacturers would have to set up licensed treatment facilities to ensure effective take-back and treatment services. 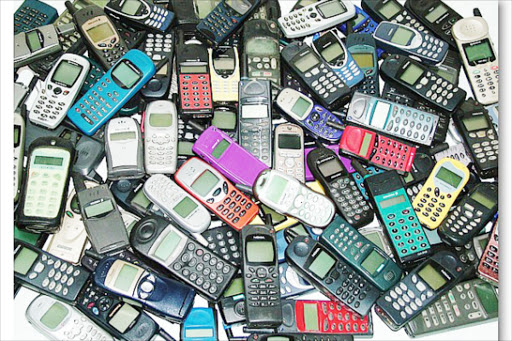 As technology advances, electronics that were previously cutting-edge are rendered useless, leading to an increase in global e-waste.

United Nations Global E-waste Monitor 2017 estimates that every person in the world has at least 6.1kg of electronic waste to dispose of today.

This figure is expected to grow to 6.8kg per person in 2021, when the world will be producing 52.2 million tonnes of e-waste per year, enough to fill 10,510 buildings the size of Times Tower in Nairobi, which is 140m tall.

In 2018, Sam Wambugu, an informatics specialist, said the total amount of e-waste generated per second is equivalent to throwing out nearly 60,000 laptops every time you blink.

According to a recent survey by Unep, Kenya generates over 44,000 tonnes of e-waste annually, meaning that the country has at least 120 tonnes of electronic waste — mainly broken TVs, fridges, mobile phones parts and computers — to dispose of every day.

Given these numbers, managing e-waste at the household level can be a challenge. A Twitter survey by the Star newspaper registered 155 responses. Of these, 53 per cent stored electronic waste at home, 30 per cent sell it, and 17 per cent throw the waste in general dumpsites.

What is clear is that the lack of a disposal and management strategy has led to a situation where Kenyans prefer keeping e-waste in their homes or disposing of it in ways that put their health and environment at risk.

A joint study by the International Telecommunication Union (ITU), United Nations University (UNU) and the International Solid Waste Association (ISWA) released in 2017 shows that 66 per cent of the world population is covered by national e-waste management laws. Despite this, Kenya is yet to formulate legislation to address this growing challenge.

Kenya does have a draft Electronic Waste Bill, which was formulated in 2013. However, it has been largely ignored over the past five years and does not seem to be a priority for the 12th Parliament.

Some of the proposals in the draft Bill include the formation of an electrical and electronic registry by the National Environment Management Authority (Nema) to capture amount and details of electrical equipment entering the country every year to curb the entry of low lifespan products in the country.

According to the Communication Authority (CA), the high rate of e-waste accumulation in Kenya is caused by the influx of cheap short-life products, mainly from Asia. In 2016 for example, $15.5 billion (Sh1.5 trillion) worth of Chinese phones were shipped into the country.

Kenyans choke up tonnes of e-waste as bill gathers dust

p { margin-bottom: 0.1in; line-height: 120%; } At least 38 million Kenyans will today replace phone batteries they bought two years ago, but they ...
Counties
4 years ago

The Bill wants producers of electric materials within their relevant product category and on the basis of their market share support the financing of collection. Additionally, manufacturers would have to set up licensed treatment facilities to ensure effective take-back and treatment services to manage e-waste.

Currently, no mobile phone company has a recycling or a take-back programme in Kenya, despite most mobile handsets in the market having shelf lives of not more than two years.

In contrast, India and China have policies in place that require mobile phone firms to buy back expired or damaged phones from their customers for safe recycling, thereby minimising the dumping of e-waste.

'There is no second-hand mobile phone market in China,” Huawei director of public affairs Adam Lane explains, adding, “All new purchases in China are done online, which makes it easy to locate buyers for take-back after expiry.”

We are willing to take part in minimising e-waste in Kenya," Lane said, “but it would be hard to implement the take-back programme in Kenya due to logistical challenges that hamper the tracing of customers once they have purchased a device. Kenya also has a thriving second-hand mobile phone market, which complicates tracing of devices even further.”

In 2018, ICT Minister Joe Mucheru told the Star his ministry is holding talks with manufacturers with a view of setting up plants in Kenya to discourage importation of cheap electronics into the country.

The CS said over 25 million telephone handsets are imported into the country every year, and given the relatively short average shelf life of many of these devices, a potential solution would be to assemble devices locally to lengthen the lifespan of these devices.

THE National Environmental Management Authority plans to introduce new rules to control electronic waste in the country.The regulations will compel ...
Counties
10 years ago

“Why can’t we leverage on the skills available locally to manufacture these handsets that are suitable for our markets?” he asked.

In August 2018, Mucheru announced that the government had set aside Sh1 billion to help local start-ups in the mobile phone software and hardware segments to grow, but the impact of this is yet to be felt. Such a move would only serve to prevent future electronic waste, whereas the challenge of obsolete and unusable electronics would remain unsolved.

Rakin Boomsma, a project coordinator at Sustainable Inclusive Business (SIB), says the government needs to better handle electronic waste. He says auctions where old and defective electronics are sold to the public only delay the resulting waste management problem rather than effectively solving it.

Given the complexities involved in its management, electronic waste needs a legal and regulatory framework, as Boomsma notes. This would incorporate the resources needed to tackle the problem with strong governance structures, along with continuous research and development.

One such facility that Boomsma cites is the Waste Electrical and Electronics Equipment Centre (WEEE), one of Kenya’s few formal e-waste recycling centres. WEEE is located in Mihango, an hour away from the Dandora dumpsite. They were established, as their website states, with the mission to dispose of electronic waste efficiently and safely.

Bonface Mbithi, the general manager at WEEE, cites poor waste disposal systems as a major challenge in the fight against electronic waste. He says the mixing of e-waste with other municipal waste makes it difficult to recover the electronics.

The centre has the capacity to process 200 tonnes of e-waste per month, but is only doing 20-25 tonnes each month. This is a tiny fraction of the almost 4,000 tonnes the country produces each month.

The centre receives a wide variety of electronic waste, including damaged computers, solar panels, home electronics and mobile phone accessories. Items that cannot be recycled at WEEE are exported to countries in Europe with more advanced e-waste handling and disposal techniques.

Since 2007, the firm has handled more than 5,000 tonnes of e-waste from over 800 companies and individuals, and these are received through a network of more than 100 collection centres in Kenya.

“Today, we are among few e-waste recyclers in East Africa with networks in Uganda, Tanzania and Rwanda,” Mbithi says. Their current business model is based on the fact that there are few alternatives for those looking to properly dispose of e-waste.

"We used to supply computers to schools back in 2003,” he adds. “However, we noticed that those schools had no safe way of disposing old desktops and other electronics that are unusable or have become obsolete."

Mbithi cites the fact that government agencies and authorities in Kenya auction the electronic waste contained in their stores rather than finding proper ways to dispose of it as a contributor to the ongoing mess. Those who end up buying the electronics are often unlicensed traders who savage for certain parts, later dumping the remnants in landfills such as Dandora.

The increased use of computer and electronic appliances in Africa and more so in Kenya has made life easier for a majority of the population. ...
Business
10 years ago

The Jubilee Laptop Project: Where will all the e-waste go?

Jubilee's Sh17 billion laptop project is bound to increase e-waste—discarded electrical or electronic devices and appliances —in a country ...
News
6 years ago

Kenya is staring at an electronic waste crisis due to the disposal of high number of devices after a life-span of between two to three years.The ...
Sasa
7 years ago

"We would want to sensitise all government agencies that are to be involved in the exercise on the way or another. The facilities that we export to ensure the final treatment is done in an environmentally friendly manner. We are also audited by some foreign companies to ensure we apply the best practices at the WEEE centre," Mbithi said.

"We are alive to the fact that e-waste is toxic. We ensure our employees are well protected and observe standard procedures. Mercury, chromium, lead and cadmium are harmful to brains, lungs, eye, kidney and can destroy DNA."

One unintended economic activity that has resulted from the dumping of electronic waste is the ‘mining’ of precious metals such as silver, gold, palladium and copper from old electronics.

A look at world market prices shows why this is so lucrative. An ounce (approximately 200 grams) of palladium goes for more than Sh150,000.

Palladium is a key component of fuel cells, which react hydrogen with oxygen to produce electricity, heat, and water, and can be found in advanced lithium-ion batteries.

However, the metals and other components are often extracted by burning the electronic waste, releasing toxic smoke and hazardous compounds into the atmosphere, affecting the health of anyone in the vicinity who happens to breathe these compounds in.

Post a comment
WATCH: The latest videos from the Star
by VICTOR AMADALA Business Writer
Big Read
21 May 2019 - 06:00
Read The E-Paper