• Pornography addiction could lead to sexual dysfunction in the long term. 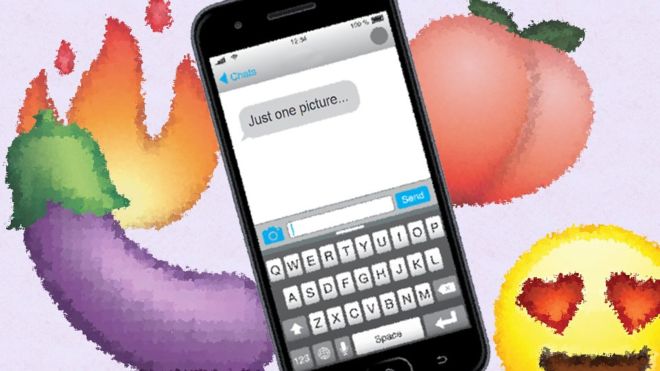 Unlike most six-year-olds who spend their days playing with toys and chasing rainbows, the young days of Alex* (not his real name) were characterised by introduction to pornography and defilement.

Growing up in the early 2000s, Alex was among the lucky families that owned a DVD player and television set. This was what their house help Sophia used to watch the pornography videos in his presence.

Being a child, his innocent self took caresses by the house help to be sinless touches. He did not realise what impact it would later have in his life.

"She touched my private parts and I remember laughing at that. It felt like we were playing together and I took no offence," Alex said.

Every time Sophia was away, the six-year-old would insert the pornography disks into the DVD player to be watched behind closed doors and drawn curtains.

Having come from a wealthy home, Alex had his first phone at 10 years. Craving to consume sexually explicit content, he began watching pornography on his mobile phone.

There are times Alex would isolate himself from friends who had no idea he was hooked to pornography. Most thought he was anti-social and very introverted, yet according to him, it was a cover-up for his ‘dirty little secret’.

Alex now sees a psychologist every week as he heals from an addiction that has crippled his education. Now in a local university, he has deferred for a year to get counselling that will ease his rehabilitation journey.

Diana*, at 13 years, watched her mother, who owned a bar, continually bring men to the house. Having grown without a dad, she could sometimes sneak into her mother’s room and watch her mother have sex with these men.

Having seen my mum in the act with these men, I got interested in knowing more. Using my phone, I started researching on sex. That is how I landed myself on a pornography site

Diana said pornography was getting addictive so fast that she continually spent money buying more and more bundles. It got to a point she would steal money to purchase data bundles to finance her addiction.

In secondary school, Diana secretly had sexual intercourse with the older men that came to the bar. According to her, it was the only way she could feel better after watching pornography for a long time.

“I remember using the tip of soda bottles to satisfy my curiosity about sex, as displayed by my mother and the different sites I visited. I almost lost my life in a bid to get satisfaction but I am slowly but surely healing from the addiction,” Diana said as she broke down.

During school holidays, Diana would sneak out of their house to meet a man who would pay her for ‘sexual favours’. In her opinion, her mother never paid attention to those she interacted with, and this made her less guilty about her actions.

In her early twenties, she introduced pornography to her friends, who embraced the addiction, too. By involving her friends, Diana was content, as she had people to talk to about her sex life that she wishes her mother had talked with her about.

The TeenSpeak report also revealed that in every 10 students, only five have discussed sex-related matters at least once in the past 12 months.

Going without sex is like a disease for me. I cannot think straight without it. My late mother gave me too much freedom. If I had been forewarned, I would not be dealing with the consequences of my actions now

As for Diana, talking about sex is an important segment in the growth of a teenager. “I will ensure my daughter has lots of knowledge on sex and the effects pornography can have on an individual,” she says.

Millicent Akeyo, a parent said, “I have not been addicted to pornography before but I know how detrimental its effects can get. I purposed a few years ago to feed my teenage daughter with knowledge on sex and pornography. I also encourage her to be open about her sexual life.”

As for Alex, pornography addiction killed his social life completely, as he was always behind closed doors and in dark places. Agemates found him unapproachable and highly irritable.

He is now out of school for a year, as he was performing poorly and could not concentrate in class. The addiction has had a negative effect on his studies.

“I hope to do better in my studies next year after undergoing counselling this whole year,” he said.

Sex robots to turn down steamy encounters 'if they're not in the mood', claims inventor

Sex robots will soon be able to say 'no' to unwanted advances from humans.Sergi Santos, the Spanish inventor of sexbot Samantha, claims he's ...
Sasa
4 years ago

For Diana, pornography addiction escalated to a whole new addiction, sex addiction. She is now at a point that she cannot go for two days without sex.

Silas Kirinya, a psychologist and CEO at Amazon Counselling Center, said pornography addiction may lead to increased guilt, especially where one’s behaviour conflicts with held values. The intense constant guilt may lead to depression and even suicide.

Peter Njagi, a psychiatrist and former in-charge Mathare Mental hospital said, “This is a time bomb. Addicts are unable to deal with problems, as they have difficulties forming social relationships, leading to depression, anxiety and drug abuse. Parents to addicts and the addicts themselves should seek help from professionals.”

Adolescents ought to be more cautious to avoid falling into the same addiction trap.