• Social media is awash with images of girls living a lifestlye beyond their means.

• Many young women have turned to selling sex as the key to a glamorous life. 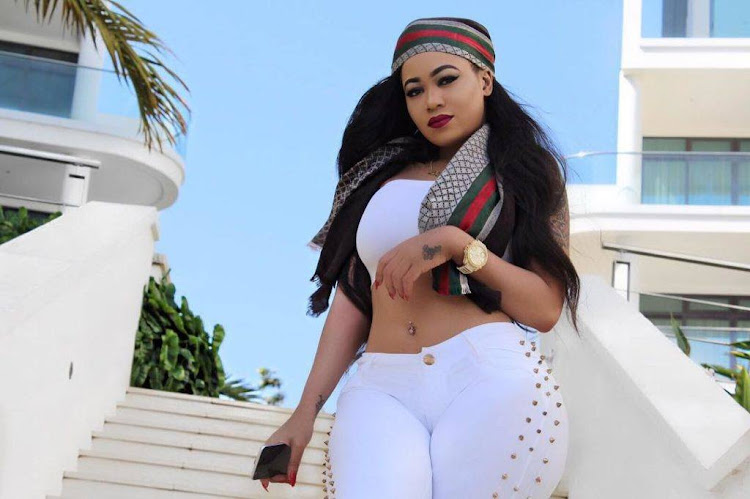 More and more young women are using sugar daddies (or, as they're more commonly known, 'sponsors') to fund a lifestyle worth posting on social media.

“Sponsor" relationships seem to have become both more common and more visible. What once was hidden is now out in the open, on campuses, in bars and all over Instagram.

We have arrived at a point where having a "sponsor" or a "blesser" — the terms millennials usually apply to their benefactors — has for many young people become an accepted and even glamorous lifestyle choice.

Through the stories of three women, the Star explores the social forces driving this trend.

“Right now, the ass is the new brain and this is what you use to get what you want,” says single mother Grace Njeri*, 25, who has a regular sponsor.

Njeri says she is actively seeking a more lucrative relationship with a man who will invest in her career as a singer.

“I am poor, often living hand-to-mouth, dancing for cash in a nightclub, and struggling to put my daughter through school. But I’m determined to feed and educate my  child. I want to become rich and famous through modelling and music,” she says.

She says the economy makes it so much harder for a smaller person to make ends meet.

“Hard work won't get you anywhere. You have to get a sponsor, rob a bank or win a tender," she says.

Hard work won't get you anywhere. You have to get a sponsor, rob a bank or win a tender

“If I look hot, I look good. There has got to be some rich guy who will pay good money to possess me,” says Jane, 20.

Jane, an undergraduate who readily admits to having two sponsors, sees nothing shameful in such relationships — they are just part of the everyday hustle it takes to survive in Nairobi, she says.

She is inspired by Kenya's celebrity "socialites", women who have transformed sex appeal into wealth, becoming stars of social media.

In the past, some of Kenya's socialites have styled themselves as #SlayQueens and have been quite upfront about the financial benefits that have come from dating tycoons.

Having made it to the top, though, they often begin to cultivate a different image, presenting themselves as independent, self-made businesswomen and encouraging girls to work hard and stay in school.

Jane, however, says she admires socialite Vera Sidika, who went from dancing in music videos on to the set of the Nairobi Diaries, and from there launched a business career based on her fame and physique.

“I used the remaining Sh100 I had in my  wallet and took a bus to the city centre, to look for the first man who would pay to have sex with me,” Machakos University student Mary Wambui*, 19, confesses.

Most of the times she sat in her tiny room in shared quarters in Kitengela, feeling broke, hungry and desperate.

But that day, Wambui went back to Kitengela with Sh1,000 to feed herself for the rest of the month.

She says she loved that life and instead of sleeping with random guys for money, she opted for a sponsor.

“Six years ago, I met a married man nearly 40 years my senior. At first, I received just groceries. Then it was trips to the salon,” she says.

“Two years into our relationship, the man moved me into a new apartment because he wanted me to be more comfortable.”

Another two years down the line, the sponsor gave her a plot of land in Nyeri county as a show of commitment.

In exchange, he gets to sleep with Wambui whenever he feels like it.

“I am young and beautiful, so why not use my youthfulness to my benefit.”

“After all, what is wrong about sex, anyway?" asks Wambui . "People just make it sound wrong. But sometimes, it ain't wrong at all."

But as most of those dependent on sugar relationships are female, they have dominated the public debate. There are concerns about the morality of their lifestyle, but also about its consequences for their health.

Kerubo*, 27, from Kisii, says she has control of her relationship with her sugar daddy, Alfred. But when I ask her about safe sex, this illusion quickly evaporates.

Both Alfred and her other sponsor, James, prefer not to use condoms, she says. In fact, she has had unprotected sex with multiple sugar daddies, who then have sex with other women, as well as with their wives, exposing all of these partners to the risk of sexually transmitted diseases.

Kerubo, the aspiring singer struggling to put food on the table, has a slightly different perspective. To her, the similarities with sex work are more apparent.

"I prefer the sponsor thing, rather than standing on the street," she says. "Because you have that one person who is supporting you… you don't need to sleep with so many men."

The names have been changed for protection purposes.

"My body is my business - and it is a money maker," she said back in 2014, when discussing her controversial skin-lightening procedures.

Nowadays, Vera is keen to promote herself as an entrepreneur, and runs a successful brand of "detox" herbal infusions called Veetox Tea.

Equally famous is model and socialite Huddah Monroe, who also rose to fame on reality TV — in her case, Big Brother Africa, in 2013. She now runs a well-established line of cosmetics.

"If you have to expose your body, make money out of it," she was reported as saying, referring to the semi-nude images she shows off to her 1.6 million Instagram followers. 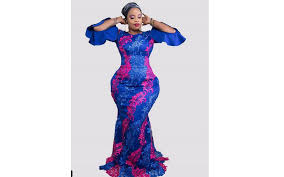 Socialite Bridget Achieng is a woman from the sprawling Nairobi slum of Kibera. She worked as a domestic servant (house girl) but gained a social media following on the back of a sexy photoshoot, and then found her way into the cast of Nairobi Diaries.

George Meiu, who studies transactional relationships between Samburu men and older European women, has described how their youth and good looks have become valuable commodities in Kenya's beach resorts.

Thanks to a set of "African warrior" stereotypes and myths about tribal sexual prowess, the Samburu and others like them are particularly appealing to local and foreign sugar mummies.

Some Samburu villages, he says, claim they have been unable to defend themselves against cattle raids from neighbouring tribes because so many young men have migrated to the coast to become beach boys.

"A beach boy is someone who gets up in the morning, smokes a joint, lies under a coconut tree, waiting for bikini-clad white woman to pass by and run after them," Meui says.

Medical researcher Joyce Wundani says girls and young women between the ages of 15 and 24 have consistently been at higher risk of HIV infection than any other section of the population in sub-Saharan Africa.

Sugar relationships, she says, are contributing to these risks because the women who engage in them do not have the power to insist on the use of condoms. "With sex work, men are more likely to use condoms because it's more explicit than this is selling and buying."

In the old days, when women were like many men’s mothers, the men then played their roles
Opinion
2 years ago

Dating older men has become the cool thing among many young career women and college girls. Two of them shared their experience with the Star of six ...
Sasa
2 years ago

Two woman representatives have asked girls to accept their humble backgrounds and focus on education rather than 'sponsors'. Sponsors was a term ...
News
2 years ago
by LYNDSAY NYAWIRA
Big Read
14 April 2019 - 08:00