Nassor Said, an 11-year-old boy from a humble family in Kilifi county, will be the main supporting actor in the Italian comedy drama

• He is currently in Morocco, shooting the second part of the movie 'Tolo Tolo' after completing the first, one-month phase in Malindi 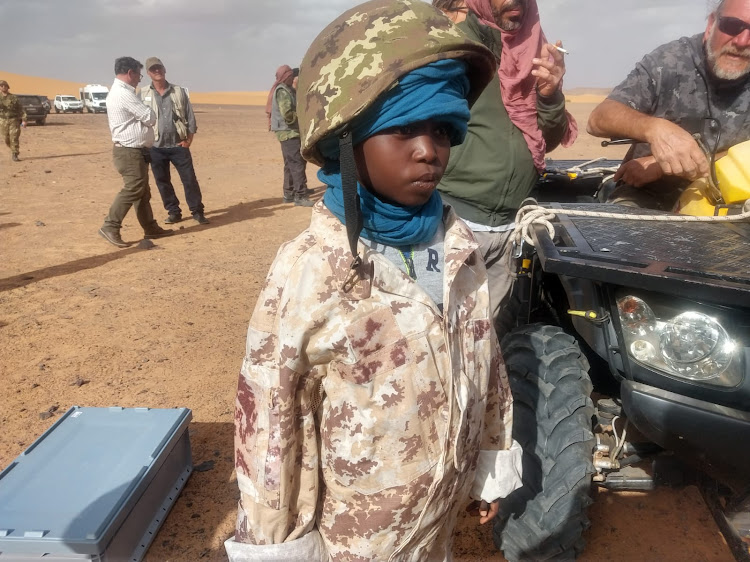 Nassor Said, 11, in Morocco, where he is currently shooting the next phase of the 'Tolo Tolo' film after wrapping up in Malindi
Image: COURTESY

An 11-year-old boy from Mamburui village in Magarini constituency, Kilifi county, is set for stardom after he was selected as the main supporting actor in an Italian big-budget movie that will cost nearly Sh2 billion.

Nassor Said is a standard four pupil at Mamburui Primary School and from a poverty-stricken family. His raw talent has earned him a spot in a movie with a budget of €16 million (Sh1.8 billion).

He is currently in Morocco, shooting the second part of the movie called 'Tolo Tolo' after completing a one-month shooting schedule in the tourism resort town of Malindi.

The movie is being produced by a prominent Italian film production company, Taodue, and is expected to put Malindi and Kilifi county in particular in the limelight as a tourism hub, and to open up more opportunities in the film industry.

Said was picked by the movie director, a prominent Italian actor called Checco Zalone, during a scouting mission at Mamburui village in December last year.

On the material day, Said was playing with other children when Zalone, executive producer of the movie in Kenya Antonio De Feo, and location manager Kassim Ahmed Omar spotted him.

That is when Zalome said the boy was the right person he wanted for the movie, which was shot for the whole month of February and early March.

Details, including pictures of main actors and some of the scenes, are not allowed to be made public until the film is out.

But reports from the Internet have revealed that the movie 'Tolo Tolo' is a comic drama film starring the famous Italian actor Zalone. 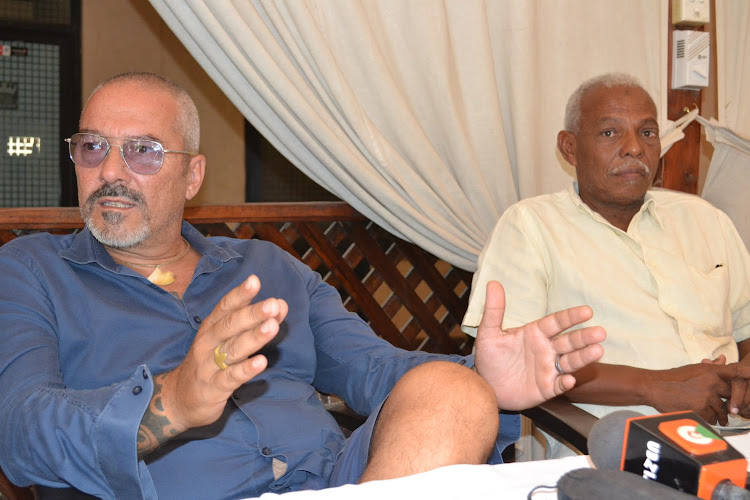 Executive producer of the movie in Kenya Antonio De Feo and location manager Kassim Omar during an interview at Karen Blixen restaurant in Malindi on March 22
Image: ALPHONCE GARI

The Italian film bigwig plays the role of a Neapolitan comedian who, threatened by his criminal underworld boss, flies to Malindi.

According to internet sources, Checco will be joined by a carabiniere (a paramilitary person), who becomes his friend and companion on every journey.

Journalists managed to catch up with the executive director De Feo in mid-March, along with the location manager, at Karen Blixen restaurant.

He revealed that the 'Tolo Tolo' title of the movie was derived from a statement made by the "young movie star" while swimming at River Sabaki.

“The Italian movie star said everyone must dive solo solo, an Italian word that means alone, but the boy shouted 'Tolo Tolo', and that is how the title was developed,” he said.

De Feo, an experienced producer, said Said's life would never be the same again, as his education to university would be catered for and payments for the role he played in the 'Tolo Tolo' movie will be made and kept safe until he is grown up.

The executive producer first came to Kenya in 1991, and he has been engaged in many film production projects starred by international superstars.

De Feo said he could not divulge the finer details of the movie, but it will be screened in Italian theatres on December 24 this year.

He said it is a comedy movie that is expected to generate over $65 million (Sh6.5 billion) on the day it will be aired in Italy.

The script was originally to be shot in Senegal, but the producer asked to see if we could shoot the film in Kenya. I showed them around Malindi and after only two weeks of scouting, it was agreed the film would be shot here

In Malindi, the film was shot in Shella village in the town, White Elephant hotel, beaches, Sabaki river mouth, Magarini, and at the Ken Salt firms, where they created a desert.

They also shot in Gongoni, Ngomeni, in the bushes, Mayungu area, Ngalla, among other areas.

“I cannot disclose any details about the movie. I'm not allowed by the director to make the contents public until it is officially out," De Feo said.

"The script was originally to be shot in Senegal, but the producer asked to see if we could shoot the film in Kenya. I showed them around Malindi and after only two weeks of scouting, it was agreed the film will be shot in Malindi."

At first, they were supposed to shoot for only three weeks, but they ended up shooting for five weeks.

"On December 25th, the movie will go to theatres. It will be screened in 400 theatres in Italy. It’s a story about a voyage that starts a journey from Africa until it reaches Italy," he said.

De Feo said the film will influence other international movie producers to come and shoot in the resort town, which will open doors for local actors and lure tourists.

"It will be a big industry for tourism in Malindi. The movie shall be famous in Italy when the film comes out. The many Italians who have not visited Malindi shall come," he said.

Already, he said, they have decided to open a movie production company and an institution to create opportunities for the rich talents in the Coast region.

During the shooting, De Feo said their major challenge was catering, but they managed to get Karen Blixen to serve the Italians taking part in the movie.

De Feo said the government should set up incentives to cut down taxes on such big-budget movies to enable locals who take part to get paid better, something which will boost the economy.

Kassim Ahmed Omar, who was location manager, said the movie would open up the tourism sector in Malindi.

"We want our children, if they are given an opportunity, to take advantage and explore their talents,'' he said.

Apart from 'Tolo Tolo', De Feo has organised the shooting of another Italian movie previously starred by Mario Rozi called 'The Black Continent'.

The budding film industry has created employment opportunities for the youth, ranging from actors, extras, mechanics and others wh0 took part in the shooting period.

Economically, the town also benefitted, with over 1 million (Sh112 million) being spent during the shooting period alone.

Italians have been regular tourists in Malindi for decades since the San Marco space centre project was launched, and the first employees fell in love with the area.

When they went back home, they began bringing relatives, friends and finally bought land to set up key investments that became holiday homes and resorts for tourists.

Due to their love of the resort town, they named Malindi ‘little Italy’, and to date it still remains to be their home away from home.

At one time, Malindi could host up to 100,000 tourists per year, until the economic crisis hit the Italian nation like other countries of the world.

The numbers have been dwindling but still, the tourists visiting Malindi from Italy are a large number compared to other foreigners.

With the new venture of film, locals will be able to host international celebrities in the sector, who will come to shoot movies and enjoy their white oceanic beaches.

Said will just be the first movie star, but it is believed the tourist resort will produce more superstars, the likes of Lupita Nyong’o, in the global movie industry.