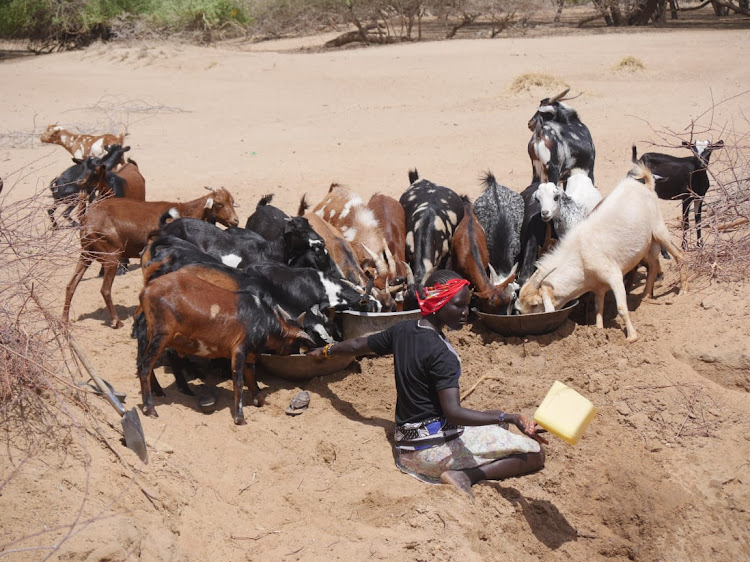 Turkana pastoralists blame poor governance for the drought and subsequent famine. They say the county government has failed to put in place measures to mitigate against drought.

Reports from the National Drought Management Authority show most parts of Turkana county are currently experiencing a severe drought and majority of residents are in dire need of food.

County government statistics show around 805,000 out of 1.2 million residents are facing starvation. The county has not had rain for 12 months and the water table level has dropped.

Paul Ewaar, a resident of Nanam ward in Turkana West, says the county government receives billions from the National Treasury but has failed them by not providing necessities such as water, pasture and relief food on time.

Ewaar says water shortage is a perennial problem that has forced them to travel to dangerous places in search of pasture and water for their livestock. He accuses the county government of being busy distributing relief food instead of putting in place measures that will end the problem once and for all.

"We travel with our livestock for more than 147km to look for water and pasture at the border of Kenya and South Sudan, which is insecure because of cattle rustling," he says.

Ekiru accuses the county government of taking advantage of the drought to solicit funds from humanitarian agencies and yet it has the potential of mitigating drought.

James Erupe, a resident of Kakuma, accuses the county government of not factoring pastoralists in its agenda.

"We don't need money or other facilities. We only need water. We have been promised many times since devolution that the county will build big dams to curb water problem but it has never been done. We blame our leaders. They have failed us," he says.