Why leaders tremble when women strip 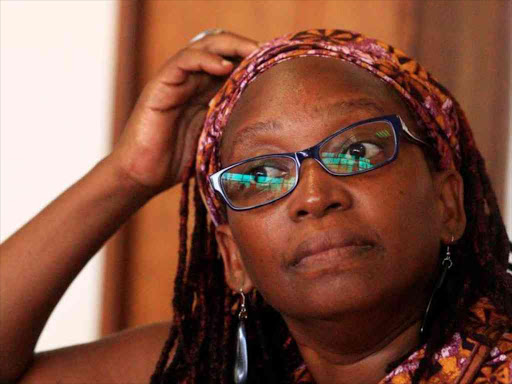 Two weeks ago, a Ugandan woman appeared in court in Kampala two months after she was arrested for insulting President Yoweri

Susan Namata, 21, had posted a video on Facebook, threatening to “hit the president with her genitals” if he did not meet her ultimatum to release opposition politician Bobi Wine. Wine had been arrested on charges of being

part of a group that had allegedly stoned a presidential motorcade in August.

Indisputably, Susan had no chance of dodging the impenetrable presidential security to execute her otherwise impractical threat. Her words were

simply a form of nonviolent protest, said in jest, but they were loaded with ingenuity and

Seen as an active and creative disruption in the west, groups such as Femen have used stripping in public as a form of activism, where they target major conferences in an attempt to influence policy. Looking at it from this view, the incentive is the public-ness and publicity derived from the shock value of these acts.

But in the context of many African societies, the incidence of women stripping in public is threateningly inauspicious. There exist a genuine fear of nakedness beyond notions of a creative disruption and the publicity dividend. A woman undressing in protest is the signal that the authority of men is no longer recognised. Cautious autocrats would know better than fail to act.

Naked protests are common in Uganda. In 2015, women from the Acholi ethnic group held a naked protest to defend their . Young women have also held several similar protests against police harassment.

Probably one of the famous incidents was in 2016,

by outspoken feminist academic Dr Stella Nyanzi. Nyanzi stripped down at work in protest against her mistreatment by distinguished academic Prof Mahmood

In April last year, Nyanzi, who has a considerable following on social media, was arrested for calling Yoweri Museveni a “pair of buttocks” on Facebook, prompting the top-trending Twitter hashtag #PairOfButtocks, calling for her release. She is currently remanded on another charge of insulting the president’s mother.

Naked protests are well storied in Africa. In 1922 in colonial Kenya, a group of women led by Mary Muthoni Nyanjiru stormed a police station in Nairobi to demand the release of Harry Thuku. Men who had come along with them started retreating upon coming face to face with armed colonial police.

In disappointment, Nyanjiru stripped to shame the fleeing men, spurring the crowd to overrun the station, resulting in her death. Her brave act aroused people into active resistance.

There’s also the example of a 1992 naked protest against President Daniel Moi by Nobel Prize laureate, the late Prof Wangari Maathai, and mothers of political prisoners. And

recently, there is the silent protest against rape in South Africa, when women interrupted President Cyril Ramaphosa’s speech waving their underwear.

In most African communities, a woman’s body is revered. Her nakedness is seen as sacred. Wilful nudity, therefore, shocks and unnerves men. Weirdly, the reverence has not protected women from abuse and harassment, but a woman stripping naked in public to protest can also be seen as an act of breaking patriarchal shackles.

It is not a surprise that decency laws in some African countries target women. That’s why stripping is seen as the ultimate protest to subvert patriarchy. It forces people to pay attention and listen.

Among the Luos and Bantus and indeed many African communities, there is no stronger curse upon men than seeing “the mothers naked”. The inherent symbolism of a woman throwing off her clothes to expose her genitals is to say: ‘This is where life comes from, I hereby revoke your life’. It is only invoked as a last resort in the most extreme of situations.

Over-the-top and explicit statements or threats of hitting the President with genitals may amuse, just like a comedian would poke fun at absurdities. The imagination of the woman performing the act and the “ridiculousness” of the act, has some potential to shock observers out of their comfort zones, inspiring conversation and probably political action. This does constitute disruption. Resultant political action could be difficult to contain.

Political action does not have to be intentional, rational or even planned; it may be accidental, impulsive and spontaneous. But some actions can have the disruptive potential and the surprising effect. So women such as young Susan Namata have been spontaneous but have captured state attention. The more of them there are, the higher the possibility of government paranoia.

Protestors work at the margins of discourse, utilising puns and jokes and caricature to “expose” the limits of what is being said and done by powerful actors, such as governments. What is more serious than puns and jokes is a woman stripping or even threatening to use her genitals in a protest.

The state’s application to the court to deny a barely known young woman bail for a threat that would never have materialised shows how unsettled the authorities are with naked protests.