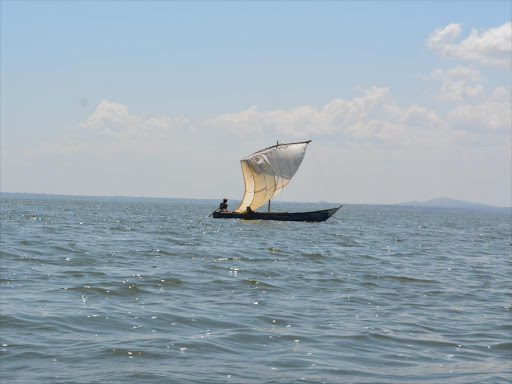 She sits behind a wooden table piled with a dozen tilapia and Nile perch at the open market in Kariobangi South. This is a place Phoebe Opiyo, 43, has operated from as a fish vendor for the last two decades.

Around her, shoppers are busy picking up other foodstuff and wares. Unperturbed, Phoebe explains that basic economics is keeping customers away from her fish.

“There’s less fish,” she says. “So the price goes up and customers can’t afford to buy,” explains the mother of four, who gets her fish from Sori, Homa Bay county.

In the two decades she has operated this stall, the retail price of both species has doubled. An average Nile perch has gone from roughly Sh200 to Sh400; tilapia from Sh300 to Sh800. That’s far above the overall rate of inflation.

Stories like Phoebe’s are becoming common among vendors and fishermen in Kenya and across East Africa. The freshwater fishing industry in Kenya and within the region is nine times larger than the ocean fishing industry, and it’s a vital source of income for more than two million people, according to the UN’s Food and Agricultural Organisation.

Fredrick Okulo, 35, who has worked for two decades as a fisherman on Nyamware beach, Kisumu county, has witnessed the gradual changes that have befallen Lake Victoria. He recalls the freshness that was the lake many years ago, but the same cannot be said of the lake now.

Okulo attributes this to effluent and waste dumped into the lake every day. He now only fishes twice a week instead of every day, as he did when fish was still abundant just five years ago.

Lake Victoria is the world’s largest tropical lake, bordering Kenya, Tanzania and Uganda. It produces about Sh72.22 billion worth of fish a year.

But in recent years, over-fishing, illegal fishing, pollution and climate change have choked the lake’s fish stock, and scientists believe they threaten the health and livelihoods of millions of East Africans.

University of Nairobi chemistry professor Shem Wandiga says the fish population and catch have declined greatly in the last three decades due to many factors, including the introduction of Nile perch into the lake, siltation and water level decline.

Wandiga, who is also the director of the Institute of Climate Change and Adaptation, says climate change has been felt in the level of rainfall amounts and variability.

He says the annual rate of shrinking in the lake’s water level is worrying.

“The deepest point of the lake was 80m, but today it is about 40m, with most of the shore water levels having receded. The annual rate at which the lake shrinks varies with seasons, but it is around 1.22 metres per year,” Wandiga says. The lake receives 80 per cent of its water from rainfall and 20 per cent from inflow rivers.

“The level of the lake, decrease and decline in the amount of rainfall correlates well with the climatic cycles. Climatic change drives the changes in rainfall, and deforestation and construction of dams contribute as well to reduced river flows,” Wandiga says.

To stop this and restore the glory of the lake and its fish stock, Wandiga points out that reversing climate change requires global cooperation and strict laws on carbon dioxide emissions.

Kisumu fisheries officer Mike Obadha says more than half the 60,000 fishermen in Kenya who make a living from Lake Victoria fear being left jobless because of a fall in the stocks of all fish species, but particularly tilapia and Nile perch.

A survey published in 2013 by the Lake Victoria Fisheries Organisation showed that many fish breeding grounds have been destroyed by pollution and illegal fishing methods.

The techniques include use of gillnets (vertical panels of netting), beach seines (nets deployed from the shore) and plastic monofilament fishing lines that ensnare all kinds of wildlife.

LVFO executive secretary Godfrey Monor says: “Thousands of tonnes of sewage and industrial waste flow into the lake every year, polluting the waters the Nile perch breed in and triggering the growth of water hyacinth, which depletes oxygen and raises toxicity levels for fish.”

He warns that fish stocks will be drastically reduced by 2050 because of pollution, and describes the situation as alarming.

But the biggest problem may come from the uncontrolled spread of homes, factories, farms and hospitals around the lake. They not only generate raw waste but also sit on wetlands that previously acted to naturally help clean waste water.

Monor says as population and industrialisation along the lake increased dramatically, so did pollution. The main culprits are fertiliser, industrial pollutants from factories and raw sewage run-off.

Pollution changes the chemistry of the lake, causing an explosion of algae blooms that blanket the lake green, which choke oxygen flow into the water and block the sun.

Prof Wandiga notes some of the measures taken that could help matters. “Restoration of the Mbita channel flow (overpass construction) will restore oxygen in the Kavirondo gulf and reduce algae infestation, while restoration of wetlands will enable the fish species to spawn in them and repopulate the lake,” he says.

The scientists blame Nema for its reluctance to enforce laws designed to protect wetland areas by requiring development to be at least 200m from the shore.