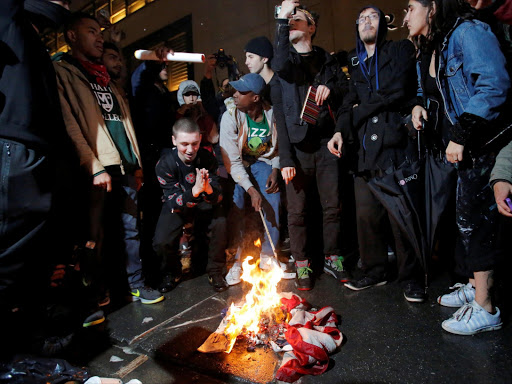 In the closing hours of the tallying exercise of the 2007 presidential results, opposition candidate Raila Odinga had a lead of slightly over one million votes.

However, next morning, former President Mwai Kibaki had a thin margin of about 300,000 votes resulting in his victory. Tension was palpable and the ODM party leaders had started questioning the results.

The then electoral Commission boss Samuel Kivuitu said on National TV that “somebody was cooking results”.

In the confusion and with all local and international observers condemning the tallying process, Kibaki was declared winner and sworn in at dusk.

team of observers from the European Union said the Electoral Commission of Kenya (ECK) had failed to ensure the credibility of the vote.

“We believe that... the ECK... has not succeeded in establishing the credibility of the tallying process to the satisfaction of all parties and candidates,” chief EU observer Alexander Lambsdorff said in a statement.

Violence immediately began in what has remained the countries painful reminder of deep seated ethnic strife.

After meeting diplomat Frazer, Kibaki said on January 5, that he was willing to form a national unity government. This was the beginning of the formation of the Grand Coalition government that stopped the post-election violence.

Again as Kenya headed to the 2013 polls, none other than Hillary was in Kenya sounding a warning signal. Clinton made it clear that any repeat of election unrest would damage Kenya’s economy and global standing.

“Not only is this important for the people of Kenya, but the eyes of the world will be on this election,” Clinton told civic leaders and IEBC bosses.

But in a twist of irony, the global icon of democracy as the US has come to be known is facing serious challenges after their recently concluded elections.

Protesters have hit the streets over the last one week, in cities across the United States to protest against Trump, who they say will threaten their civil and human rights.

In Manhattan, a group gathered to demonstrate against Trump’s immigration policies. Others are upset about Trump’s policies on health care, the environment, LGBT rights and other issues.

Some are questioning the legitimacy of Trump’s victory over Hillary Clinton by noting that although he took the Electoral College, Clinton won the popular vote by over two million.

Unfortunately, a protester was killed during an anti-Trump rally in Portland, Oregon by a suspected assailant in unclear circumstances.

But even more shocking is that racially charged incidents have broken out across the country that appear to be have been started by Trump supporters emboldened by his victory.

Several Muslim women have reported Trump supporters attempting to rip off their hijabs, while others said their families have advised them to stop wearing headscarves in fear of further attacks.

Maha Abdul Gawad said she was shopping in a local Wallmart on Wednesday when another woman approached, pulled off her hijab and said: “This is not allowed anymore, so go hang yourself with it around your neck not on your head.”

A woman in Delaware described overhearing four white men near her at a petrol station discussing Mr Trump’s victory and “how they’re glad they won’t have to deal with n*****s much longer”.

“One walked over to me and said ‘how scared are you, you black b****? I should just kill you right now, you’re a waste of air’,” she wrote.

Protest rallies have been scheduled throughout the day in New York, Los Angeles and Chicago, where organisers said they hoped to continue the momentum after several nights of demonstrations triggered by the real-estate mogul’s surprise win.

Chanting slogans including “Not My President”, several thousand protesters have been marching peacefully up New York City’s Fifth Avenue before filling the streets around Trump Tower, the president-elect’s skyscraper home.

“We’re horrified the country has elected an incredibly unqualified, misogynist, racist on a platform that was just totally hateful,” said Mary Florin-McBride, 62, a retired banker from New York who held a sign reading, “No Fascism in America”.