The plight of Free Primary Education 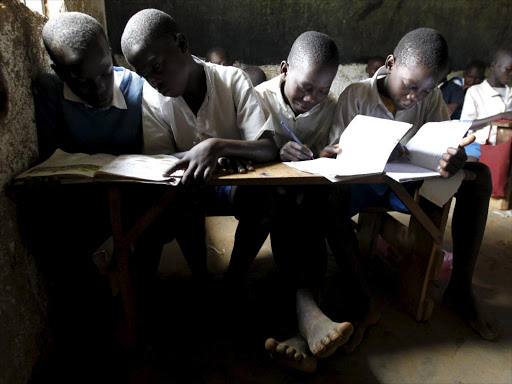 The Free Primary School programme’s main objective was to increase access to formal education and cushion poor households from the high costs of school fees. But it seems it has ended up doing the opposite.

Though much has been achieved so far, an audit document on the programme, prepared by the Ethics and Anti Corruption Commission shows that 13 years down the line, there are many loopholes that have jeopardized or undermined the full realization of the FPE programme.

The audit indicates that apart from about Sh103 million, which has not been accounted for, there is no policy regulations to curb embezzlement of the funds much as there is unwillingness of the state to punish individuals found culpable.

What is more, despite the EACC having conducted investigations on allegations of misappropriation and embezzlement of the funds, Education Cabinet Secretary, the ministry and the whole government machinery have totally ignored the recommendations, further exposing the programme to danger of misuse.

Upon its introduction, enrollment in public primary schools rose exponentially from 5.9 million learners in January 2003 to 9.4 million in 2010, a 59 per cent Gross Enrollment Rate.

The audit reveals that a total of Sh63.4 billion had been spent in the programme for the purchase of instructional materials and general purpose expenses on current expenditures in approximately 19,833 public primary schools across by 2010.

The Free Primary Education was introduced in the year 2003 following the enactment of the Children’s Act 2001.

The act spells out the rights of children and recognizes that education is a human right that every child must enjoy.

It further puts the responsibility of realizing that right on the government and the parents.

Free Primary Education was a response to the World Conference on Education for all, held in Jomtien, Thailand in 1990 and the World Education Forum held in Dakar Senegal in 2000.

The government having accepted and signed the recommendations of the two international meetings considered the attainment of Universal Primary Education (UPE) as a development strategy since a literate population is key to the overall development of the country.

Since then the government committed to disburse a capitation grant of Sh1, 020 per child per year to every public primary school.

The funds were disbursed into two accounts; a school instructional materials account (SIMBA) for the purchase of learning and teaching materials and the General Purpose Account (GPA) that carters for repairs, maintenance, water sanitation and conservancy among other current expenditures.

Forty-two primary schools across the country were also investigated and EACC established that over Sh103 million had been embezzled.

In the same period EACC received a total of 643 reports that implicated various primary schools.

Misuse of funds, fraudulent over-payment for goods and services, irregular awarding of tenders and conflict of interests were among the key issues the audit established.

Others included falsification of enrollment records, bribery, fraudulent acquisition and disposal of public property and flouting of disbursement procedures.

EACC established that there are weaknesses and opportunities for corrupt practices in the system and recommended on the ways to seal the loopholes.

The Sh1,020 capitation for every child enrolled in public primary schools was set at the inception but has not been reviewed.

According to Kenya Publishers Association the amount is not enough to carter for purchase of text books under the Simba account, further undermining attempts to achieve the desired ratio of pupil to textbook as one to one.

EACC established that the amount was not adequate at the moment as prices of goods and services have been rising for years which had made it difficult for schools to pay at the old prices.

The team thus wants the ministry to consider reviewing the amount allocated per child in line with the prevailing economic circumstances.

Further, the team notes instances where the means of communicating information to the ministry on matters relating to abuse of funds through underpayments, overpayments, missed out schools and delayed disbursement is ineffective and had made it difficult to ensure appropriate action was taken.

The team quotes an instance where District Education Officers issued verbal instructions to commercial banks to reimburse irregularly disbursed funds to the ministry, without written communication on the same.

EACC observes that this is a weakness that makes it difficult for the officers to be held personally responsible for the instructions issued.

Though the ministry has put in place an elaborate system for disbursement of funds, investigations revealed that the FPE disbursement systems were developed internally by information systems management team leader.

He is the only officer who has all the source codes and who understands how the system operates.

“Though other officers had been trained on the basic operations of the system, they cannot initiate system configuration changes. This causes over reliance on a single officer which would cause operational problems in case the officer is dismissed,” said the report.

The team further established that though data from schools such as school names, enrollment numbers, bank account details and other details are captured and updated in the systems, most of the staff have not been trained on the operation system which has led to several errors and omissions in the data base. This has led to over disbursement, delayed disbursement and disbursement in wrong accounts.

It was also established that disbursement circulars are sent to schools through the DEO every time funds are disbursed to schools.

This had resulted in delays or failures by schools to get circulars with attendant negative consequences, stated the report.

EACC recommends that the ministry adopt a system of sending e-mail circulars and other important documents and information directly to schools.

However the worrying indicator was that most schools do not have computers and most of head teachers are not trained on their use.

“Funds are also disbursed to schools based on the number of enrolled pupils submitted to the ministry.

EACC wants enrollment number used to be indicated in the bank statement for ease of comparison or reconciliation”, said the report.

Usually, the information is not always indicated in the bank statements issued by some banks making it difficult for head teachers to reconcile the numbers used to disburse funds and the number of students enrolled.

This has led to over disbursement of the funds in some schools as not teachers had cooked the figures.

At the school level, there were no consolidated registers of pupils. Each class teacher maintains an attendance register from which totals of all the pupils in the school are derived.

The team noted that the enrollment information provided by head teachers and maintained by DEOs for purposes of updating enrollment data was missing in most schools.

“It is difficult to verify the source of enrollment data submitted to the ministry,” the team says in the absence of the records.

This in itself is a loophole that may lead to over or under disbursement of the funds.

In some instances, the team found out that the money meant for FPE was being used to pay sitting allowances to SMC and SISMC members even though they are expected to serve on voluntary basis.

The committee members were entitled to transport allowances while some schools used the funds to finance foreign trips for teachers or lending them as loans to parents.

It has further remained unclear why the EACC itself would investigate such a good course and delay to submit the findings for over seven months before official submission and cite technicalities.

Efforts to reach Education PS Belio Kipsang and the Director General of Basic Education Leah Rotich to find out whether a task force to look into the recommendations had been put in place were futile as they could not respond to both calls and sms.

The ministry officially received the report in May last year.