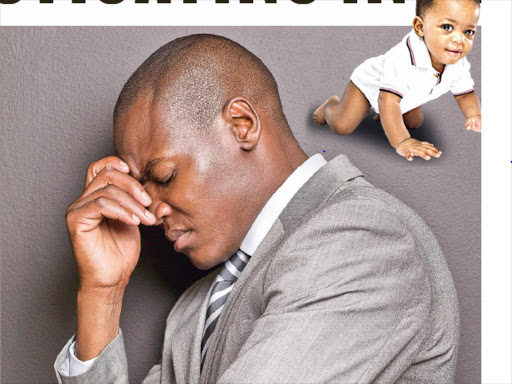 Kimberley and her husband Lionel have been married for five years. Soon after marriage, Lionel secured a scholarship to study for a Masters Degree in a prestigious American University. He flew off to study, popping in once in a while to see his wife. Kimberley on the other hand was enjoying a high flying banking career, and was getting promotion after promotion.

Three years after marriage, Lionel finished his studies, and settled back home. After a while, it occurred to them that Kimberley was not conceiving, despite regular unprotected coitus. After one year of trying, she decided to visit a well-known gynecologist. He subjected her to a series of tests, some painful, and all quite expensive. Sadly, nothing abnormal was reported.

She went to another doctor, a renowned fertility expert, who put her on a cocktail of medication for six months. He did not explain what was wrong with her. Six months later, and still not pregnant, Kimberley was ready to give up. She convinced herself that she would keep busy with work and social projects. But deep down, her yearning for a child got the better of her. It was also beginning to strain her relationship with Lionel.

When Kimberley appeared in my office, I could see her distress, it was clearly written on her face. I listened to her story keenly and jotted down some notes as she spoke. I also looked at all the results of her tests, all meticulously filed in a neat box file. Everything looked good. I was puzzled. What was missing?

Of course! There was no test referring to her husband. What an omission.

“Kimberley, your tests look very good. You have undergone every possible test for infertility. I think you are ok. But where are Lionel’s tests? Did you forget them”

Kimberley believed my hypothesis. But she did not know how to convince her spouse to get tested. I promised to try and speak to him at their next appointment. The following week, the lovely couple came to see me. As I had anticipated, Lionel was upset by the news that he could be the cause of the problem. I took time to explain.

The average chance to conceive for a normally fertile, healthy, young couple having regular, unprotected intercourse is approximately 20 per cent during each menstrual cycle. In most couples, conception occurs within about 12 months. However, infertility affects about 10 per cent of couples of childbearing age. Infertility is not just a woman’s concern.

So we need to investigate both partners.

They glanced at each other uneasily as I spoke. I continued to explain

Fertility in men requires normal functioning of the hypothalamus and pituitary gland (hormone-producing glands in the brain), and the testes. Therefore, a variety of conditions can lead to infertility.

10 to 20 per cent are due to a blockage in the pathway that sperm use to exit the testes during ejaculation; this can be caused by prior infection, surgery or radiation;

40 to 50 per cent have no identifiable cause, even after an evaluation

The evaluation of male infertility may point to an underlying cause, which can guide treatment. We usually begin with a medical history, physical examination, and a semen test. Other tests may be needed and are ordered as required.

A man’s past health and medical history are important in the process of evaluation. We will ask about childhood growth and development; sexual development during puberty; sexual history; illnesses and infections; surgeries; medications; exposure to certain environmental agents (alcohol, radiation, steroids, chemotherapy, industrial chemicals)

A physical examination usually includes measurement of height and weight, assessment of body fat and muscle distribution, inspection of the skin and hair pattern, and examination of the genitals and breasts.

Special attention is given to features of testosterone deficiency, which may include loss of facial and body hair and decrease in the size of the testis.

A semen analysis (sperm count) is a central part of the evaluation of male infertility. This analysis provides information about the amount of semen and the number, motility, and shape of sperm. A man should avoid ejaculation for two to seven days before the semen sample is collected. It is usually done by a clinician. The sample should be delivered to the lab within one hour of collection.

If the initial semen analysis is abnormal, the clinician will often request an additional sample; this is best done one to two weeks later.

Blood tests provide information about hormones that play a role in male fertility. If sperm concentration is low or the clinician suspects a hormonal problem, the clinician may order blood tests to measure total testosterone, luteinizing hormone (LH), follicle-stimulating hormone (FSH), and prolactin (a pituitary hormone).

If genetic or chromosomal abnormalities are suspected, specialised blood tests may be needed to check for absent or abnormal regions of the male chromosomes (Y chromosome). Some men inherit genes associated with cystic fibrosis that can result in male infertility due to a low sperm count. However, these men do not have the other usual signs of cystic fibrosis, such as lung or gastrointestinal disease.

If a blockage in the reproductive tract (epididymis or vas deferens) is suspected, a transrectal ultrasound test may be ordered.

If retrograde ejaculation (movement of semen into the bladder) is suspected, a post-ejaculation urine sample is needed.

A testicular biopsy (collection of a small tissue sample) may be recommended in men with no sperm on the semen analysis. The biopsy can be done by surgically opening the testis or by fine-needle aspiration (inserting a small needle into the testis and withdrawing a sample of tissue). An open biopsy is usually done in an operating room with general anesthesia, while a fine-needle aspiration may be done with local anesthesia in an office setting. The biopsy allows the physician to examine the microscopic structure of the testes and determine if sperm are present. The presence of sperm production in the testes when there are none in the ejaculate suggests blockage in the reproductive tract.

Lionel looked very stressed as I concluded my narrative. Clearly he had never encountered this information before.

Post a comment
WATCH: The latest videos from the Star
by DR NJOKI FERNANDES
Big Read
20 September 2016 - 02:00
Read The E-Paper