Why Kenya is keen to close refugee camps 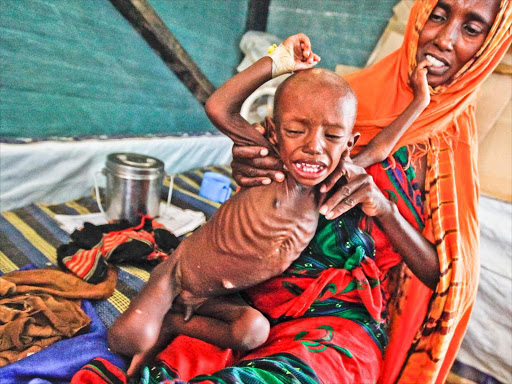 Kenya’s announcement on May 6 that it would expel thousands of refugees in Dadaab back to Somalia, has triggered global concern that it could result in another humanitarian catastrophe.

Amnesty International called the move ‘reckless’, United Nations termed it ‘devastating’ and Human Rights Watch said Kenya was turning its back on “people needing protection and on fundamental principles it has pledged to respect.”

However, the government maintains refugees must go home as the 25-year old camp has become a security risk and a “nursery” for violent extremism.

“There comes a time when we must think primarily about the security of our people. Ladies and gentlemen, that time is now,” Interior Cabinet Secretary Joseph Nkaissery, told the press.

But is there more than meets the eye in Kenya’s latest push to close the largest refugee camp complex in the world?

Borrowing a leaf from EU-

Observers say Kenya may be taking notes from the recent deal in March between Turkey and the European Union, whereby the EU would send back refugees arriving in Greece.

In return the EU pledged over €3 billion (Sh436 billion) immediately and a similar amount later, to cover the cost of the refugees staying in Turkey.

“In Europe, rich, prosperous and democratic countries are turning away refugees from Syria, one of the worst war zones since World War Two,” Nkaissery said, raising speculation that Kenya might be interested in a deal like Turkey.

Interior PS Karanja Kibicho wrote in the UK newspaper The Independent, that there has been a “fall-off” in voluntary international funding for the camps in Kenya “in favour of raising budgets in the northern hemisphere to refugees headed to the West.”

“International obligations in Africa should not be done on the cheap; the world continues to learn the ruinous effect of these persistent double standards,” Kibicho wrote.

The EU has also said it will pay €250,000 (Sh28 million) per refugee as “solidarity contribution” to every member state.

“Kenya wants to create an artificial refugee crisis. It is a scenario where it shakes the tree for the fruits to fall,” commented lawyer Harun Ndubi.

During the 4th Ministerial Retreat of the Executive Council of African Union in Nairobi on May 7, Foreign Affairs CS Amina Mohammed complained that hosting refugees is “expensive” for Kenya.

“We received no support from the international community for shouldering this international responsibility, although we have been hosting refugees since the sixties,” she said.

However the UN High Commission for Refugees says that $1.5 billion (Sh150 billion) has been spent on refugees in Kenya in the last five years alone, virtually all from international donors.

The Department of Refugee Affairs in the Ministry of Interior, which has just been disbanded by the government, has received Sh266 million in support from the UN in the last five months alone.

The Kenya National Human Rights Commission said disbanding the department is “utterly illegal and ultra vires” as the Refugee Act of 2006 that set it up, is still in place.

In May 2015 during the visit of US Secretary of State John Kerry, the government received $45 million (Sh454 million) in United States aid to help “an overwhelmed” Kenya. The government backtracked from its threat to close Daadab and Kakuma camps a few weeks later.

The government is also keen to attract attention during the World Humanitarian Summit in Istanbul on May 23 and 24. At least 125 UN member states and 50 heads of states are expected to attend. Interior CS Nkaissery will lead the Kenya delegation that will try convince world leaders it is determined to close down the camps, or better still, that Kenya deserves much more funding.

“Kenya will absolutely be content if the purse is opened,” lawyer Ndubi claimed.

Reports from the UN Monitoring Group on Somalia and Eritrea have alleged that Kenya is “aiding” the militant group al Shabaab in Somalia, through shared trade in illicit sugar, charcoal and firearms worth between $200 and $400 million (Sh20-40 billion) per year.

The reports claimed that the illegal trade in Somalia “enjoys the protection and tacit cooperation of leaders at the highest echelons of the Executive and the National Assembly.”

This could be an i-ndication that Kenya might possibly be seeking revenge on the UN.

Furthermore, the failure of the United Nations Security Council to intervene during the International Criminal Court hearings over charges faced by President Uhuru Kenya and his deputy William Ruto, a stand that Kenya resented. The cases have since been terminated.

During the debate on Kenya’s planned expulsion of the refugees on May 13, Kenya’s UN envoy Macharia Kamau told the General Assembly that the ICC is “a deeply flawed institution that creates false hope among millions of people.”

“Kenya may be saying it is time the UN also listens. It may be sending a message that third world countries such as Kenya are useful and partakers of global responsibilities and if not respected, they can sting,” Ndubi suggested.

However security consultant Andrew Franklin disagreed, saying “I don’t see how Kenya can strike at UN by closing camps. UN has nothing to lose. That’s just an illusion,”

In March, the EU, which has been the main financier of the African Mission in Somalia (Amisom), reduced funding by 20 percent citing “competing priorities”

Kenya has around 4,000 troops serving in Amisom. In January, at least 200 soldiers were killed when al Shabaab overran the El Adde base in a pre-dawn raid.

“Kenya has stood on the front-lines of challenging terrorism, upholding humanitarianism, and pursuing global peace and security,” Kibicho wrote in The Independent.

In February at the Amisom summit in Djibouti, heads of state including President Kenyatta noted “with serious concern the decision by the EU to reduce financial support to Amisom troops allowance, especially during this critical phase of its operations.” They called on the UN to cover the financial shortfall but the Star has reliably learnt the request was rejected by the UN.

In his article, Kibicho accused the world of “foot-dragging, double standards and lack of commitment” in the fight against global terrorism.

“Kenyans in Amisom have shed blood to liberate vast parts of Somalia from al Shabaab. That sacrifice cannot be in vain,” Nkaissery said last week.

The decision to expel Somali refugees from Kenya may also be linked to the longstanding maritime dispute at the International Court of Justice. Somalia has sued Kenya for alleged infringement of its territory in the Indian Ocean.

Kenya wants its maritime border with Somalia to run along the latitude of the Indian Ocean parallel to its border with Tanzania, giving it more ocean territory.

However, Somalia wants the maritime boundary to be perpendicular to the coast, which is the default standard in maritime law. The disputed ocean territory covers more than 100,000 square kilometres and has massive undeveloped oil and gas reserves.

In October 2015, Attorney General Githu Muigai angrily declared that Somalia is “thankless” considering the “exceptional sacrifices” Kenya has made for its benefit.

“Kenya’s soldiers have fought al Shabaab. Kenyan citizens have been victims of terrorist attacks. Kenya has also been hosting over half a million Somali refugees for almost 25 years. The least Kenya can expect from Somalia is that it will honour its bilateral agreements,” Muigai said.

Somalia warned Kenya against breaching a tripartite agreement on the voluntary resettlement of the refugees signed in 2013 with Somalia and the UNHCR.

“Abandoning the agreement will be a legal and moral failing on the part of Kenya because we are turning the corner,” Somalia said in a statement released on May 12.

Some analysts suspect the refugees may be victims of political competition as Kenya approaches 2017.

The Jubilee government and President Kenyatta are positioning themselves as the best team to protect national security.

“Such a move is attractive to voters. It likely to show that Uhuru is serious in the fight against terrorism,” said Franklin.

“Security or lack of it is a serious campaign agenda. They may be keen to win points,” he added.

However civil society is dismissive of Kenya’s stance.

“In a single breath, the Kenyan government recognises that the Somalis it’s been hosting for nearly 25 years are still refugees, but then states that it’s finished with them,” commented Bill Frelick, refugee rights program director at Human Rights Watch.

He said the threat posed by al Shabaab in Somalia and Kenya “is real, but doesn’t negate Kenya’s obligation to abide by international refugee law.”

Abdiwahab Abdisamad, an analyst with Nairobi-based Southlink Consultants, said that its pronouncements on refugees continue “to shame” Kenya.

“Kenya is not a rogue state that can act as it wishes. It is bound by international laws and should act like a respectful nation, for we expect respect from the international community,” he said.

“They are casting blame particularly on the Somali refugee community as the cause of Kenya’s insecurity,” said Leslie Lefkow, deputy director for the African division of Human Rights Watch.

“But there is no evidence the Somalis refugees are responsible for the attacks in Kenya. There have been no prosecutions. This is a scapegoat attempt that the Kenyan government has been using repeatedly,” she said. “It’s a horrific scenario.”

“Yes, the country faces a huge threat from the Somalia-based al Shabaab militants but our true beliefs and values are always tested during hard times,”

“The failure of European countries to live up to their obligations has provided Kenya with ballast to negotiate,” concluded Lefkow.