Misuse Of Emergency Pills Among The Youth Alarming 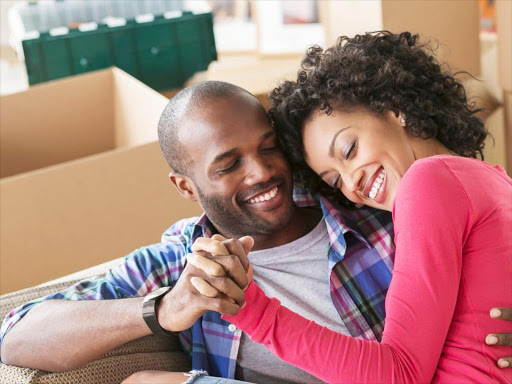 Gone are the days when parents were so strict that a girl falling pregnant out of wedlock, was a taboo subject. The young man responsible for the pregnancy also took on the role of husband. Now, most parents are no longer fazed by what their children are doing. There is no time in between juggling a high-profile career and the demands of the home...read husband. They console themselves that “there is no problem that a little more pocket money cannot solve, right?”

Wrong. Many Kenyan societies are yet to accept the reality of adolescent pre-marital sexuality, particularly for girls. Most parents rarely sit down and discuss issues concerning their children until they are forced to. This factors highly on reasons why most teens nowadays engage in robbery, theft, and even sex from as early as ten years.

Teens are the most active when it comes to sex. Adolescents are defined as people aged between 10 and 19 years according to the World Health Organization (WHO), which could explain the frequent neglect of unmarried adolescents’ reproductive health needs.

Those who run chemists share unending stories about young girls, and even middle-aged women who flock their premises to pick up emergency pills after unprotected sex.

Postinor 2 (commonly referred to as P2 ), is one of the most misused e-pills around.

The infamous pill which can be purchased over the counter, is sold as pack of two.

For it to have maximum effects of preventing pregnancy, it should be taken as soon as possible and within 72 hours of having unprotected sex (or failed contraception). The first pill is taken within 12 hours and the other one 12 hours later.

Each of the Postinor 2 pills contain a 1.5 grammes dose of the Levonorgestrel hormone which prevents pregnancy by averting or delaying the release of an egg from the ovary, so conception cannot occur. Despite the manufacturers warning that Postinor 2 should only be used in emergencies, the reality in Nairobi is quite shocking.

In the course of my investigations, I went to quite a number of chemists around and was shocked to find out that the e-pill is the highest selling item, surpassing even panadol and condoms. A pack goes for between Sh150-200 depending on the location and demand.

Many young people are purchasing and using it without caring about its consequences. One pharmacist revealed to me how women are abusing this pill by taking it more than once in a week, in the name of preventing pregnancy.

“P2 is the most sold pill here (a chemist in Westlands). On a good day, I make more than Sh5,000 from its sale alone. During weekends and holidays, we make much more. Although P2 has its effects if taken contrary to instructions given, my work is to sell the pill not guide the women on how to use it. Besides some women are kichwa ngumu (stubborn) and do not want to hear anything. They come in and some even demand for more than three packs. They immediately take two pills and carry the rest home which isn’t good; they don’t even read the leaflets inside the pack.”

When you walk around the streets,

especially around areas where there are clubs, you will always come across empty packs of P2. Chemists that are also located in the vicinity of nightclubs, are making booming business.

Maria (not her real name) is a campus student at a local university. She was among many campus students who confessed to having used P2 more than once in a year.

“I have been using P2 since Form 3, and I must say it’s the best contraceptive method ever! I always take it anytime after sex whether its twice or thrice a week, and it has never affected me.

Another student, sipping on her bottle of black ice at a popular city joint, said, “I prefer P2 to condoms or injections; it’s the cheapest and most affordable. If I go to downtown (Nairobi), I can get several packs at Sh120 each.”

However, there are some who are having to live with the consequences.

Anne* revealed that P2 messed up her life. It did not work and she ended up pregnant (her child is one-year-old now. Surprisingly, she continues to use P2 as her regualr method of contraception.

“I conceived in my second year at campus. After a night of unprotected intercourse, my boyfriend bought me a pack of P2. After three weeks, I realised I was pregnant and when I told him, he took off. It was a hard reality to accept the pregnancy but after talking to my mother, she advised me to give birth and then go back to school. I’m dating a married man now, and he hates using condoms. We always have unprotected sex and afterwards, buy P2 because I can’t stand the injections and coils.”

The sad truth is that despite access to reproductive health options including counselling, advice on proper methods of contraception and how to use them, young women are turning a blind eye to the well-being of their sexual health.

An attendant at another clinic has been witness to several episodes where a young adolescent risks their well-being just to satisfy their partners without caring about the adverse effects of P2.

Many of them are clueless on how to differentiate between

original and counterfeits ones. Suffice to say that if they buy the latter, they end up getting pregnant.”