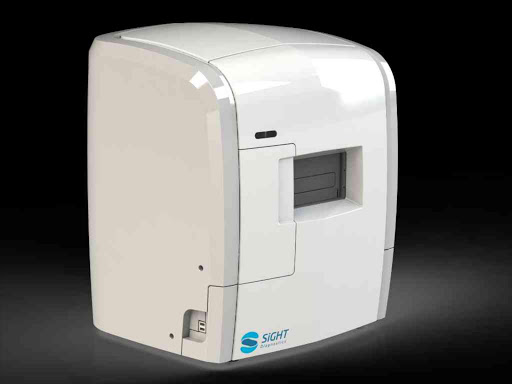 Only four in 10 children in Kenya with suspected malaria have blood taken from them for a test.

A blood test is the gold standard for malaria diagnosis today, which the government is promoting to prevent misuse of drugs and resistance.

“Testing for malaria continues to expand, with almost four in 10 children with fever having blood taken from a finger or heel prick for testing,” says the recently released Kenya Malaria Indicator Survey 2015.

Blood tests can be carried out using the rapid diagnostic test kits. These

are mostly hand-held devices that can be used in remote areas for tests that formerly only a laboratory test could measure.

Most of them provide same-day results within two hours, typically in about 20 minutes.

is an Israeli firm called Sight Diagnostics, the makers of the Parasight malaria detection device.

“The technology is 99 per cent accurate, meaning it can detect malaria in blood samples earlier and more effectively. A fast and accurate diagnosis, even at very low parasite levels, is critical since it can increase the chances of patient survival, while minimising the chance of the disease spreading within the carrier’s community,” says Sight Diagnostics CEO Yossi Pollak, who is based in Jerusalem.

He says Parasight malaria detection device can scan up to 30 blood samples, analysing 1.5 million blood cells at a time. This is 100 times the number of cells analysed by manual microscope testing.

The WHO says high-quality malaria diagnosis is important because misdiagnoses can result in significant disease episodes and deaths.

“Diagnostic testing improves the management of all patients with febrile (feverish) illnesses,” the WHO says on its website. "It may also help to reduce the emergence and spread of drug resistance by reserving antimalarials for those who actually have the disease."

Yossi says the technology is available at a competitive price, making it more accessible to developing countries.

He adds that the test prices are comparable to rapid diagnostic tests, yet provide greater accuracy and improved work flow for the laboratory.

“The technology has undergone clinical trials at Aga Khan University Hospital in Nairobi, with test results showing that it is 99 per cent accurate. It will soon be evaluated at Nairobi Hospital, and the device will be available for commercial clinical use in the very near future,” Yossi told the Star.

He says the uptake of rapid diagnostic kits in Kenya is still low, which affects drug use.

Dr Premji praises the parasitic kit from Sight Diagnostics, saying all tests in Kenya have been satisfactory.

sensitivity and specificity, hence its highly accurate,” he told the Star.

Dr Premji notes that currently, the first-line drugs against malaria are the artemisinin combination therapy.

Artemisinin and its derivatives are powerful medicines known for their ability to swiftly reduce the number of Plasmodium parasites in the blood of patients.

The benefits of Artemisinin-based Combination Therapy (ACT) are their high efficacy, fast action and the reduced likelihood of resistance developing.

“Proper diagnosis is important in the control of malaria because antimalarial should only be given if there is a positive RDT or BS result,” he says.

The 2015 Kenya malaria indicator survey says the use of ACT is widespread, although RDT diagnosis is low. “Among children with fever treated with antimalarials, 92 per cent received ACT and 60 per cent of children who took ACT were treated on the same or next day,” says the survey.

seek care immediately when a child is ill. Only around half of women are aware of ACT/AL.”

The Health ministry attributes the progress mainly to proper testing and treatment and using the rapid diagnostic tests.

hospitals and commodity security for malaria diagnostics,” the survey says.

Dr Waqo Ejersa, head of the National Malaria Control Programme, says before a malaria diagnostic kit is allowed into the country, it must be pre-qualified by the WHO.

“We look at the results, but we have also set our own specifications, which it must meet. For instance, it must have a sensitivity of at least 95 per cent,” he says.

Dr Ejersa adds that the equipment must also be prequalified by the Kenya Medical Laboratory Technicians and Technologists Board.

Medical Services director Dr Jackson Kioko says the country must bring down malaria prevalence to four per cent by 2018.

“Prevention is key, but all suspected cases must be tested properly and treated with effective medicine,” he says.