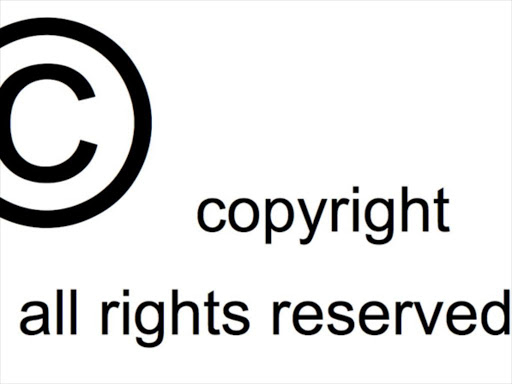 Kenyan artistes have since July last year, been demanding to be paid accrued royalties. The payments were stopped when a group of artistes went to court to stop the Collective Management Organisations (CMOs) from entering into an agreement with Safaricom over the Skiza Tunes royalties. The cases were filed in Nairobi and Malindi.

This move by a section of artistes stems from an amendment to Section 30A of the Kenya Copyright Law that gives CMOs (MCSK, KAMP and PRiSK) more powers to collect monies on behalf of copyright owners. Before this, Premium Rate Services Providers (PRSPs) now have to remit the royalties collected to CMOs for distribution.

PRSPs are communications providers who provide services for purposes of information or entertainment. The services range from downloads such as ringtones, competitions, adult entertainment, directory inquiry services and TV vote lines, SMS short codes, among others.

Telecommunications giant Safaricom has assured Kenyan artistes that their money, collected in form of Skiza tunes royalty payments, is safe. This comes ahead of a court ruling tomorrow, expected to give clear direction to the stalemate that has delayed the release of the said payments.

In an exclusive interview with the Star, Safaricom director of corporate affairs, Stephen Chege, said the company is ready to pay the CMOs Sh152 million collected in Skiza royalties.

“It’s been quite unfortunate that artistes are suffering while we are currently barred by the courts from releasing any money until the case is heard and determined. We have been collecting monthly royalties as usual and are committed to ensuring artistes get their money. Safaricom, however, stresses the need for the CMOs to have transparent accounting and accountability to its members, as well as disseminate correct information to ensure artistes are well informed,” he said.

Chege added: “In January this year, Safaricom brought all involved parties together to find a way of resolving the issue, even as we await the court decision. The parties consented to have some of the money paid out to the CMOs and the PRSPs. This would not have interfered with the progress of the matter already in court. But just when we were about to make the payments as agreed, we received another injunction from a court in Malindi, barring us from doing so. We had to immediately comply in respect of the order. We are not interested in keeping the money, but rather, to grow the platform.”

Yesterday, the Music Copyright Society of Kenya (MCSK) led artistes in a peaceful demonstration from their head office to Safaricom House to hand over their petition, demanding immediate release of the accrued royalties.

MCSK chairman Bernard Mukaisi says that it is “very” regrettable that artistes have suffered for a prolonged period over unpaid dues from Skiza tunes collections.

Both the demonstration and the statement by the MCSK chairman are in disregard to an ongoing case in court that prohibits the release of the said funds.

“In a consent letter signed by CMOs, PRSPs and Safaricom, each party agreed to distribute royalties to its own members awaiting the ruling by the courts. However, we feel it has not been honoured by Safaricom and its agents. The CMOs smelt foul play when Safaricom released funds to PRSPs and invoked ‘delay tactics’ on monies to be paid to CMOs, which saw court orders from as far as Malindi stopping payments to artistes of close to Sh152 million in royalties,” Mukaisi said.

He adds that the already deteriorating injury was made worse the moment the Department of Criminal Investigations filed another separate case in court over alleged accusations of theft and misappropriation of funds at the society.

“However, as a body that ensures the regulations that govern the way we execute our mandate are duly followed, we (board members) were forced by the prevailing circumstances to sit and review the performance of the CEO, which had been put in question,” Mukaisi said.

The details of the in-house investigation are yet to be released. However, the board put up an advertisement in the local dailies warning the public not to transact any MCSK business with the former CEO Maurice Okoth. The board has since appointed Merit Simiyu Wambati as the acting CEO.

As a procedural operation, all the three CMOs — MCSK, KAMP and PRiSK — are supposed to submit to their regulating body, Kenya Copyright Board (Kecobo), the certified audited books at the end of every financial year. Do they adhere to that regulation?

According to the Kenya Association of Music Producers (KAMP), it not only submits the audit reports to Kecobo, but also posts the same on it’s website for easy access by it’s members and any other interested parties.

“We file our annual returns with the Kenya Revenue Authority as well as handing over the audited reports to Kecobo. The same is discussed in depth at our annual general meetings. We are related, and work closely, with other international bodies, thus, we cannot assume the role of collecting and distributing money on behalf of others without having a proper and functional finance management system in place. We do all this for transparency and integrity,” says KAMP chairman Erastus Ngemu.

However, he alleges that a lot of broadcasting stations in Kenya have been adamant in providing log sheets that would enable the CMOs to monitor how much money they should claim from them as required.

He says: “Broadcasting stations have not been efficiently providing us with log sheets and we are urging them to comply because we don’t seem to be doing our work the way we ought to be, while a section of stakeholders are breaking rules.”

The Performers’ Rights Society of Kenya (PRiSK) says that a harmonised operational process between the three CMOs, signed in August last year to streamline their functions, would offer the best solution to the financial management headache that currently haunts the three.

“You know some people talk from the point of knowledge and others out of ignorance and hearsay. We are committed to streamlining the operations so that the rightful owners of the songs, be it writers, singers and performers, get what is due to them. As we move along, we will realise the 70-30 percentage that many artistes have been urging for. But it will surely take some years,” says PRiSK chairman Robert “R Kay” Kamanzi.

Several artistes, speaking on condition of anonymity, called for the disbanding of the CMOs because they “have integrity issues. There is no transparency or accountability. Most of the communication is via SMS and we only get log sheets on request and warrants a physical visit to the office.”

“It will be detrimental to them,” said Liz Lenjo, an advocate of the High Court who specialises in Intellectual Property and Entertainment Law. “How will they collect their royalties? Unfortunately, the musician associations haven’t created strong positions to bargain from, and the artistes are not united, so it makes it that much harder. The artistes themselves are caught up in the glamour and forget the business side of things. They are not aware or bothered by amendments made in Special General meetings that affect them. However, it is well within their rights to walk to any of the CMOs’ offices and demand to be shown the books of accounts.”

By the time of going to press, Kecobo was unavailable for comment.

What is collective management?

Collective management is the exercise of copyright and related rights by organisations acting in the interest and on behalf of the owners of rights.

An artiste, for example, can agree to have their works or performances recorded on compact disc for sale.

However, individual management of rights is practically impossible. An artiste, composer, songwriter or author cannot contact every single radio or television station, or music distribution platforms, to negotiate licenses and remuneration for the use of his works. Conversely, it is not practical for the various media platforms, to seek specific permission from every artiste or author for the use of every copyrighted work. This creates a need for collective management organisations (CMOs). They are mandated to ensure that creators receive payment for the use of their works.