'We are working to correct Kenya-India trade imbalance' 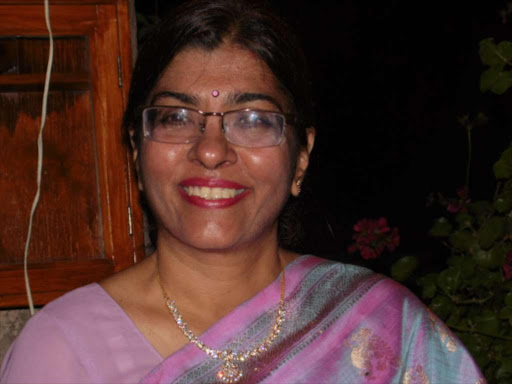 Kenya has long historical ties with India. Our writer Julius Otieno spoke to the new Indian High Commissioner Suchitra Dura about a wide range of issues on the relations between the two countries.

From your profile, it appears you have served the government of India in various capacities. How can you describe the experience?

I joined the Indian Foreign Service before I became a diplomat in 1988. In our system, what happens is you write a service examination, which is the same for all the services, including the diplomatic service. So once I passed that examination, I chose to be in the

diplomatic service because I felt that my temperament and my background would suit this particular service very well. Over the years, I have found out that the decision I made was correct.

Then after sometime I went to Argentina where I was the first secretary doing political, cultural, consular work. I have also served in other embassies in Vietnam doing multilateral and bilateral work. I also headed the Indian cultural centre in Cairo, Egypt.

In between all these foreign postings, I worked for a long period in our headquarters in New Delhi at the ministry of External Affairs doing different kinds of work; political, administration, consular work and looking after our relations with our neighbouring countries. So it has been a wide range of experience.

I was also with the department of atomic energy, which is now called Mumbi. Earlier it was known as Bombi. So it has been very interesting going to different countries, understanding their culture and strengthening our bilateral relations. But it has been very challenging

because this has also coincided with the growth story of India itself. So it has been a very good experience, both from professional and personal growth.

You are married to an ambassador, how do you manage your family life, when both of you are countries apart?

This is my first ambassadorship. All the other years, of course, you are a diplomat representing your country but

in a more junior position. When you become an ambassador, you head the entire embassy.

I got married very late in life because, you know, I was pursuing my career. It is not an easy career because you go from country to country. I got married 13 years ago. By then both my husband and I were already established in our careers. So we just decided to go back to India and we spent time in the capital. We then went out and got posted together. My husband was the ambassador to Egypt and I was heading the cultural centre.

That was a one-of-a-kind experience. He was then posted to Australia as ambassador and I went back to India. My husband retired just a few months ago so now he is with me. He is in Nairobi supporting me very well because without the support I wouldn't be able to do this job, which takes most of my time.

I like the fact that you play a small but very important part in bringing people together. That is our job. It is to ensure that understanding between different people increase through trade, through cultural contacts, through scholarly events. So, all these things need a spread of goodwill in the world, which is a wonderful thing that any human being can do.

At the same time, it is personally very stimulating and you tend to be more understanding, more tolerant, more widely exposed to the world than you would be sitting in one place reading a book about that particular place. It is not the same thing as going there and experiencing it.

What plans does India have for Kenya?

Well, you know India and Kenya have very old historical links. They go back millennia because we are both Indian Ocean bordering countries. So people from the Western shores of India came through the monsoon to the Eastern Coast of Africa. So, regional trade has been going on for a long time. We have Indian communities settling along your coast, for example, in Mombasa, Lamu etc. We have very old Indian communities there. Then of course during the colonial period, Indians came to East Africa, particularly Kenya, to help in the building of the Mombasa-Uganda Railway. Then they stayed on, became proud citizens of Kenya.

So what I am doing is basically building a bond that has very strong foundation. I am just strengthening what we already have. I am very lucky because I came when when we just had the India-Africa Summit, the third of its kind, to which His Excellency President Uhuru Kenyatta participated. He had a very large delegation. He had a very good bilateral meeting with our Prime Minister and we hope that there will be a return visit soon from India.

Besides this, of course trade relationship is very good, very strong. India is one of Kenya's leading trade partners and we hope to take this forward. There is a lot of Indian investment coming into Kenya and that is good for both countries. We have a similar developing country experience. We are good partners, for example, we have extended some lines of credit in the power sector. We are due to complete that project in a couple of months and we also have other proposals in various sectors.

How much has your country injected into Kenya’s power projects?

Last October, President Uhuru Kenyatta and Prime Minister Narendra Modi held bilateral talks during the third India-Africa Forum Summit. We are yet to see the fruits of the talks or is there something happening?

That is true. His Excellency President Uhuru Kenyatta visited India and he had very good bilateral talks with our Prime Minister as I had already told you. First, there is going to be a return visit by our PM soon and I hope successes from the first meeting will be availed in that visit.

The balance of trade between Kenya and India is tilted in favour of India. How did the two countries fare in terms of trade in 2015?

According to the figures for 2014 because the 2015 figures are not out, $4.2 billion was the value of the total trade. Out of this, $4.1 billion is India's export to Kenya and about $100 million is Kenya's export to India. So as you pointed out, there is a big imbalance.

There were plans by the two countries to reconcile the difference and allow Kenya to export more products to India. What’s the progress on this?

Frankly, I am not aware of

this particular step but as I have mentioned to you, we are trying to correct this imbalance.

You know in the overall scale of things, you can never have completely balanced relations. For example, with Kenya, India might be having a huge surplus. But this may be different with other countries. So this happens but we are trying our very best to correct this imbalance by trying to source items which is scarce in India. For example, we are deficient in edible oil, in pulses where our produce is not enough for our demand. So we are looking to see whether we can source these items from Kenya because Kenya has a very strong agriculture sector and with value addition, they can extract oil instead of just exporting oil seeds.

Over the years, China has overtaken India in terms of exports to Kenya. What plans do you have to ensure this is reversed?

Well, India is not competing with anybody. But as I have already stated, we are strengthening the already strong trade relations between Kenya and India.

Many Kenyans and Africans travel to India for medication every year. Do you foresee a plan by Indian doctors setting shop here?

We have an excellent health co-operation, which is going on at the moment. Many Indian companies have already invested in Kenya. They have their offices here. There is the Medanta Hospital, which is very well known globally. They have a diagnostic centre called Medanta Africare, with offices on Waiyaki Way in Westlands. There is also another very important hospital called Apollo,which has its offices here. They have brought their doctors. Those who require further treatment go to Apollo Hospital in India.

Other hospitals are also coming here and I believe that they are seriously considering investing and putting up hospitals here. That is something the private sector is directly doing.

In the area of ARVs, that is HIV-related medicines, you know Kenya is very keen that Indian companies come and manufacture them here. I think they are in direct talks with them. And if the terms and conditions are very good, then I am very sure they will come here soon and invest. So this is something that of course we encourage but it is something that the business people in both sides should co-operate in.

Which other areas can India support Kenya?

India is particularly good at capacity building. We are already offering this. Every time we go to the counties, for example, and we meet various governors, I have told them that this is the kind of relationship we need to have. It is a partnership. It is a mutual, two-way kind of relationship. We share best practices and we learn from you as much as you learn from us. Every year, we have Indian technical and economic programmes, which started in the 1960s. Every year we are increasing the number of people benefiting from this programme. It takes between three weeks to six months and we train people in diverse areas: accounting, management, IT, mass communications, agriculture etc. It is right across the board.

Obviously the conditions for running a business are very good in Kenya. Kenya is a leader in this region. It is a hub in terms of transportation, finance etc. It has got a very active and important port. Kenya has got a young educated population. So I think the conditions are conducive. But the most important thing is that Indians know the people of East Africa and they understand each other very well. There is also kind of cultural understanding, which helps in business.

At the end of your term, what do your hope to achieve, especially in terms of trade?

Basically we are going for doubling the trade figures. But it is not just a question of exports from India but we will also be looking for exports from Kenya to India. We will be looking at greater, high levels of exchanges. There are a lot of tourists who are coming to Kenya from India. We are number one among all the tourists from Asia. For the first 10 months of 2015, Indians topped the number of tourists from Asia. These are very good things that bring people together and that is what I aim for. We already have a very good relationship; we just make it even better.

Kenya is a beautiful country and many ambassadors consider settling here upon retirement. Are you considering doing the same?

Kenya is beautiful indeed. Since I arrived here everything has been amazing. I have gone to the Foreign ministry, to State House, met a few people, walked to a few counties and everything is just amazing. Many Indians are living here and even some ambassadors have settled here. So Kenya is a good place and you never know, may be I will settle here as well. But time will tell.