'My husband either reaches Europe or dies at sea'

He wants better for his family and now he's seizing his chance.

• Hanan Erdidi's husband has made a life-changing decision. The night before we meet in Tunisia's capital, Tunis, he told her he was leaving.

• "Sometimes we both cry because our kids don't have toys to play with. Even the clothes they wear are second-hand, given to us by other people," Hanan tells me. 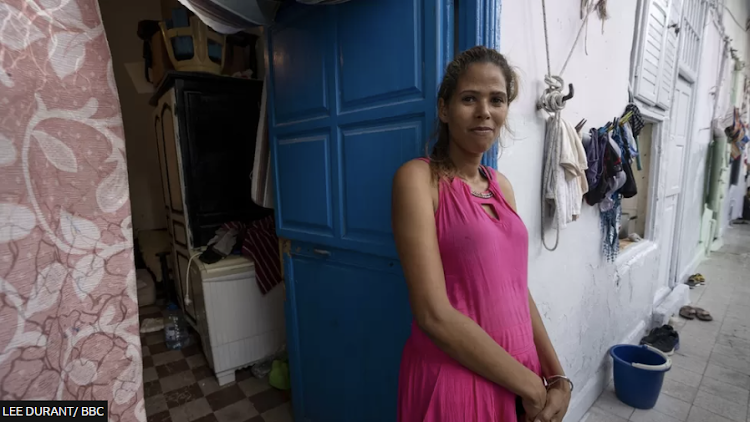 Hanan Erdidi says she is struggling to feed her children

Despite the worsening economic situation in Europe and governments cracking down on migrants, many young Tunisians still want to make the treacherous boat journey across the Mediterranean, believing they will be better off in countries such as Italy.

Hanan Erdidi's husband has made a life-changing decision. The night before we meet in Tunisia's capital, Tunis, he told her he was leaving.

Smugglers have offered him a seat on a boat to Italy and he's decided to take the risk: he's had enough of being squeezed into a tiny, damp room in a former army barrack in Tunis with their two young children.

He wants better for his family and now he's seizing his chance.

"Sometimes we both cry because our kids don't have toys to play with. Even the clothes they wear are second-hand, given to us by other people," Hanan tells me.

"Sometimes we prefer to keep the kids at home and not take them to the market, because if we take them there, they will see fruit. We can't afford even things like apples or grapes. We keep them indoors, so they don't cry over seeing the things we can't buy for them."

Hanan is aware of the huge risk her husband is taking. They both desperately hope that it is worth it.

"My husband wants to leave to make our living conditions better. Either he improves our situation, or he dies at sea," she says.

For men like Hanan's husband, this is becoming a common choice.

Tunisia is in the grip of a cost-of-living crisis. The number of families in need has tripled since 2010, and now stands at almost one million.

Half of the country's population is living in poverty. Last year, unemployment stood at almost 20%. 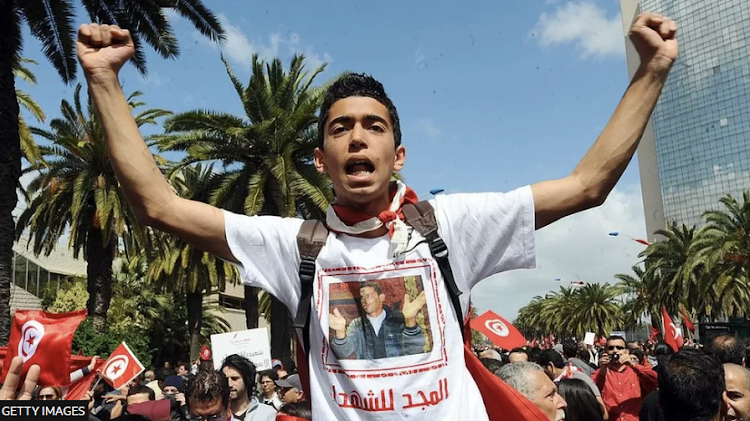 A decade ago, Tunisia was at the forefront of political change in the region

This is the country that ignited the Arab Spring. It's long been considered one of the movement's very few success stories.

For many countries in North Africa and the Middle East, the uprisings more than a decade ago brought instability and chaos.

But Tunisia managed to claw its way towards democracy. Its president of 23 years - Zine al-Abidine Ben Ali - was deposed and a new constitution was carefully crafted, based on public will.

When thousands of chanting Tunisians first filled the streets at the end of 2010, marking the start of the Arab Spring, it was a visceral reaction to the death of a fruit and vegetable seller, Mohamed Bouazizi.

He set himself on fire outside a municipal building after having his cart confiscated by the authorities.

I wondered how fruit and vegetable sellers felt now, so I have gone to talk to them at one of Tunis' many street markets.

Among piles of shining red tomatoes and sun-plumped seasonal fruit, a theme emerges - these men are saving whatever money they can, and then spending it all on dangerous boat trips, believing they will be better off in Europe.

Italy is the nearest coast to aim for. People tell me that if they fail to reach their destination, they keep on trying.

They are unlikely to be deterred by a new right-wing government, which has promised a tough response to irregular migration, taking office following Sunday's election.

One of them, Seif Eddin Hassouine, details how he has already spent $4,000 (£3,600) on two unsuccessful boat trips, each time intercepted by coastguards and sent back home. But he is about to do it again.

"This country has no jobs, no money, it's better to leave," he says.

Rachid Ben Jaafar, selling watermelons from a nearby stall, agrees: "Prices are high, life is very expensive, I can't afford it any more. There's no oil or sugar. Sometimes there's no bread. How can people live? What can people do? All ways are closed."

The original Arab Spring uprisings are branded deep into the memory of people here.

Walid Kassraoui sacrificed more than most. He was shot in the leg while demonstrating and it couldn't be saved. Now he's struggling to get a job, his prosthetic limb a daily reminder of what he's lost. 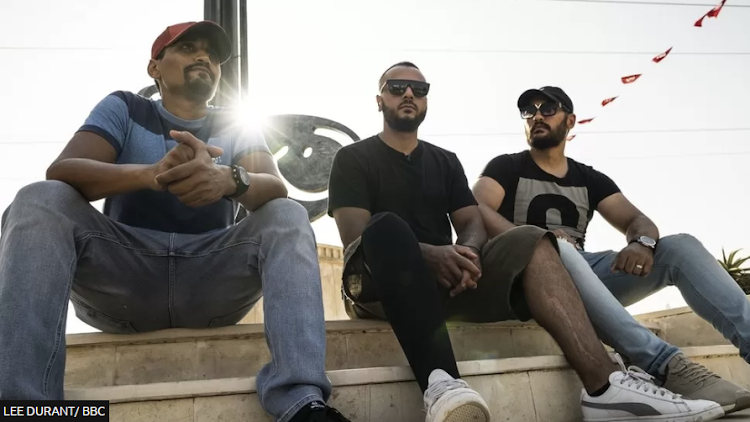 As we stand in the same street where he protested, he shows me a sign in the road. It lists the names of those who died there, including one of his closest friends.

But those hard-fought rights and freedoms are being eroded as people hope they can trade them for jobs and better economic prospects.

President Kais Saied, a constitutional law professor, along with a small group of hand-picked allies, wrote a new framework for the country's constitution, concentrating power in his own hands.

It was the culmination of a process which started in 2021, when he sacked the prime minister, dissolved the government and suspended parliament.

In July, a referendum put these changes to the people, but the result was always a foregone conclusion.

In just a few hours, Tunisia's constitutional landscape had rolled back more than a decade.

But for ordinary Tunisians, the focus now is on how to feed their families or find a job.

Left behind and desperately hoping the sea will spare her husband, Hanan sees a bleak future ahead of her.

"My mother and father are dead," she cries. "I don't have brothers, or anybody else. He is my mum, dad, brother - he's everything to me. If he dies in the sea, I will be orphaned once again."