The judges said no compensation was owed to the Maasai.

• The court further said no compensation was owed to the Maasai because nobody had been injured and no property lost during the evictions. 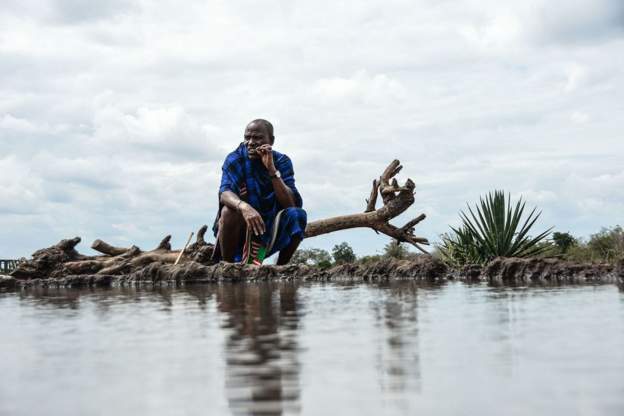 The Tanzanian government says the relocation is necessary to protect wildlife
Image: AFP

The East African Court of Justice on Friday dismissed a case filed by Maasai pastoralists to stop the Tanzanian government from evicting them from their ancestral land.

It upheld the government's decision to cordon off 1,500 sq km (580 sq miles) of land in the Ngorongoro conservation area in order to protect wildlife.

The three judge bench said there was not enough evidence to show that the Maasai had been hurt.

"As regards the manner in which the eviction exercise was carried out, the applicants(Maasai) alleged violated and brutality....Much of the evidence presented was hearsay and in some cases inconsistent," Lady Justice Mugenyi said.

"By way of Rebuttal, the respondent's witnesses maintained that the exercise was carried out in compliance with the law and with dignity to the affected parties."

The court further said no compensation was owed to the Maasai because nobody had been injured and no property lost during the evictions.

Among other issues the Court was dealing with was, whether it was vested with jurisdictions to determine the dispute before it.

Whether the Applicants has exhausted local remedies (by filing the case first in the local courts).

The Court rightly held, there are no requirement for exhaustion of local remedies to file cases in the EACJ as with African Court on Human and Peoples' Rights (AfCHPR).

The case was filed in 2017 as Reference No 10 of 2017 between Ololosokwan Village Council and three others versus Attorney General of Tanzania.

The complainants said the government on August 13, 2017 tried to violently relocate the legal residents of Loliondo.

In 2018, EACJ delivered its ruling, directing the government to suspend its operation pending delivery of its substantive judgement.

The judgement was then set for delivery on June 22, 2022 but it was rescheduled to September 2022.

The postponing notice was issued on June 21, just a day before the intended judgement date.

At the time, there were claims injuries, with MP Emanuel Ole Shangai releasing a list of people injured allegedly by Tanzanian security forces during the eviction in the Ngorongoro wildlife reserve.

Shangai told the Star on the phone from Loliondo in Tanzania that on the list are 30 women and men who suffered bullet injuries on their legs, shoulders, and hands.

Arusha Regional Commissioner, John Mongella denied any knowledge of the injured, adding that no patient from the alleged clashes has been received in the country’s health facilities around Loliondo or Arusha.

“We are warning the media from taking part in this smear campaign against the government. The Ngorongoro Maasai are moving out voluntarily from the wildlife reserve and have taken up houses in Handeni,” said Mongella.

But the area MP claimed those injured were moved out of the country into Kenya for fear of arrest.

“They have maimed you using guns, will you wait for them to come for you?” asked Shangai.

The Court thereafter issued a notice that the judgement was set for September 29,  before again issuing another notice rescheduling the judgement to Friday, September 30.

One person is unaccounted for after the police invasion.
News
7 months ago

In a video posted by the Survival International group, fired shots can be heard as the natives flee.
News
7 months ago
Post a comment
WATCH: The latest videos from the Star
by SHARON MWENDE
Africa
30 September 2022 - 22:48
Read The E-Paper