Who’s at risk of being kidnapped in Nigeria?

• In just one example, the head of the Methodist Church in Nigeria was kidnapped by gunmen in Abia State in May.

• This practice has evolved among the bandits and terrorists of northern Nigeria, militants and cultists in the Niger Delta as well as the ritual-killers of the western and eastern parts of the country. 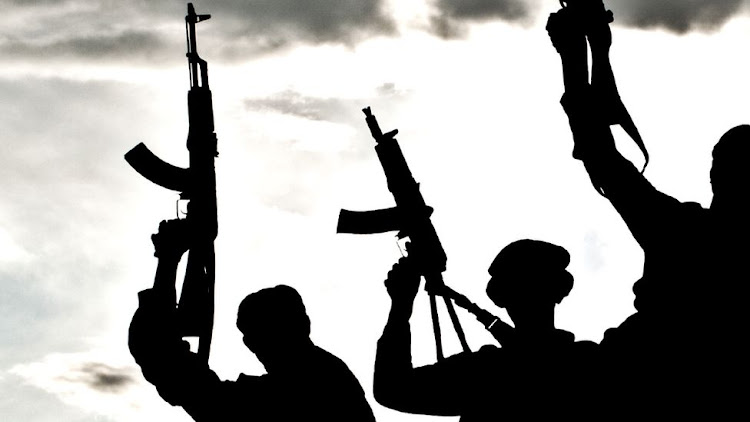 The criminal gangs are well organised and operate in several states in north-west and central Nigeria
Image: GETTY IMAGES

Nigeria ranks among the kidnapping hotspots of the world.

In just one example, the head of the Methodist Church in Nigeria was kidnapped by gunmen in Abia State in May.

This practice has evolved among the bandits and terrorists of northern Nigeria, militants and cultists in the Niger Delta as well as the ritual-killers of the western and eastern parts of the country.

My research explored the nature of this threat and the factors accounting for its current upswing.

Nigeria’s banditry crisis is a complicated situation with a number of interests, motives and actors. Some criminals are opportunistic, others organised. Militants, terrorists and insurgents use banditry to raise funds for their operations and as a bargaining strategy.

Kidnapping for ransom thrives in Nigeria because the material incentive and opportunity are there, and victims find it expedient to pay ransom.

Kidnapping is the act of holding a person captive in order to make them offer something in return for their release. The motivation may be economic, political, or ideological.

There are different patterns of kidnapping, among them kidnap for ransom, kidnap for ritual, kidnap for strategic bargain, and child abduction.

In Nigeria, the main form has been kidnap for ransom. It was estimated that over US$18 million was paid as ransom in Nigeria between January 2011 and March 2020.

This form of kidnapping is often carefully planned, organised, and carried out. Most of its victims have been prominent personalities and rich men who are believed by the perpetrators to posses the material substance and capital to pay ransom.

It usually starts with profiling a target to determine their ransom value. That value includes how much money the kidnapper can get, and the social strategic worth of the target or their family.

For instance, the child of a wealthy family has a high kidnap ransom value. The only child of an affluent household has even greater value.

Wealthy individuals and their relations have high kidnap ransom value. This is also true of strategic members of corporate organisations and networks that are believed to be well to do. The expectation is that members of a wealthy family, network or organisation are in a position to raise funds to release the kidnapped person.

There are, however, instances of kidnap for ransom where opportunistic criminals abduct vulnerable individuals, without profiling targets. This often yields lower ransom returns.

Kidnapping for ritual purposes also happens in Nigeria. There have been incidents of kidnappers dealing in body parts and capturing victims for sacrifices. Perpetrators may waylay their victims or entrap them through frauds, scams and phantom business trips.

The sporadic discoveries of dismembered human bodies in hotels, shrines, construction sites, river-lines, and forests in various parts of Nigeria attest to this form of kidnapping.

In the Niger Delta region, militants and pirates have taken hostages to extract ransom and for coercive bargaining. The tactic is used to force the government or oil multinational firms to come to terms with certain strategic demands or concerns of the militants and their allied clandestine groups.

The insurgents and terrorists operating in parts of northern Nigeria have also used this tactic to force the government to grant them strategic concessions.

Sometimes they have abducted commuters or school children en masse. A recent report by UNICEF indicates that 1,436 children were abducted in Nigeria between 2020 and 2022.

There have been cases of children being taken in cities and rural areas. Criminals sometimes contact their parents for a ransom. In some instances, the children are abducted for ritual purposes or illicit adoption. Young pregnant women have also been held captive to “harvest” their babies.

Why kidnapping is on the upswing

The drivers of kidnapping risk in Nigeria today include the upsurge in organised armed violence by non-state actors, the increasing trend of ritual criminality, the economics of ransom, and criminal opportunism.

The opportunity and incentive for committing a crime is far greater than its risks or hazards. In Nigeria, only a few criminals are ever arrested and prosecuted.

The capacity of the state agencies to detect and deter crime is abysmal. In most instances, state security operatives fail to respond to occasions of kidnapping promptly and rapidly.

They also lack the technical ability to track kidnappers and their movements. Consequently, criminals carry on with impunity.

Kidnapping in Nigeria has become a matter of national emergency, and ought to be treated as such.

The public should be vigilant and reduce their vulnerability. But government must rise to its first and prime calling - protecting the security of lives and property. The government should be proactive and decisive in fighting kidnapping.

Based on my research, I have three recommendations:

The victims were travelling back home from a wedding when armed men ambushed their convoy.
News
1 month ago

It is unclear how they were freed, but separatist groups frequently carry out abductions.
News
2 months ago
WATCH: The latest news from across Africa
by AL CHUKWUMA OKOLI
Africa
19 June 2022 - 14:03