An NFT of the image is created, which also acts as an online gallery where anyone can view the images.

•An NFT of the image is created, which also acts as an online gallery where anyone can view the images.

•The website launched on May 13 and although there were no immediate sales, 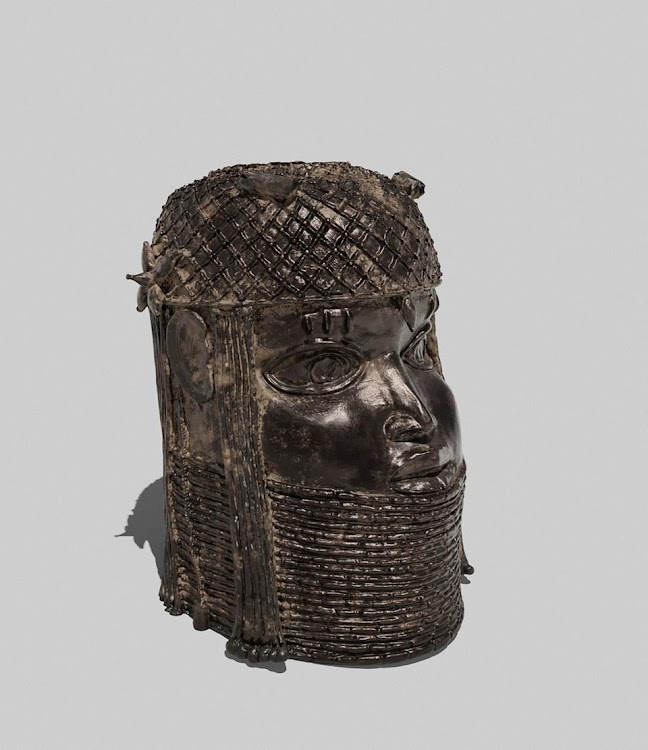 View of a looted artwork from Nigeria, that now resides in a British museum, which is turned into a non-fungible token (NFT), with the project's aim to give part of its sale proceeds to fund young African artists, in this handout image obtained May 23, 2022. Looty

A Nigerian man has launched a project called "Looty" to reclaim African artifacts stolen by European colonisers by creating 3-D images of them, selling them as non-fungible tokens (NFTs) and using the proceeds to fund young African artists.

Calls for objects stolen during the colonial period to be returned to their places of origin have intensified in recent years, and Western institutions have sent items back to countries including Nigeria and Benin. read more

Chidi Nwaubani, the founder of Looty, described his project as an alternative form of repatriation, by which digital technologies are used to reclaim a measure of control and ownership over artifacts still held far from Africa. 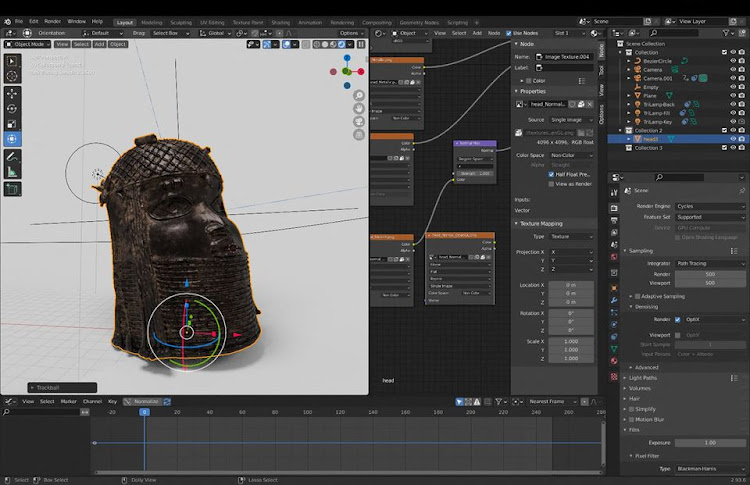 Screenshot of the design process on an image of a looted artwork from Nigeria, that now resides in a British museum, with project's aim to give part of its non-fungible token (NFT) sale proceeds to fund young African artists, in this handout obtained May 23, 2022.
Image: REUTERS

"Imagine a world where these items were never looted," Nwaubani told Reuters in an interview. "We're just trying to reimagine that world and bring that world into the digital form."

The process begins with what Nwaubani called a "digital art heist", a perfectly legal procedure in which a Looty team member goes to a museum and scans a target object using technology that can be used to create a 3-D image.

An NFT of the image is created and put up for sale via the Looty website, which also acts as an online gallery where anyone can view the images for free. Nwaubani said 20% of the proceeds of NFT sales would go towards grants for African artists aged 25 or under.

NFTs are a type of digital asset that allows anyone to verify who owns them. read more

The website launched on May 13 and although there were no immediate sales, Nwaubani has received messages of interest from around the world.

Looty's first NFTs are based on an image of one of the Benin Bronzes that were looted by British troops in 1897 from what is now Nigeria and are held in the British Museum in London.

"Knowing that it's Nigerian but it lives outside of Nigeria has always troubled me. So I felt that there's something that we could do to change that," said Nwaubani.

Looty's next big project is focused on an Ancient Egyptian item, Nwaubani said, declining to give further details.

The name Looty refers to the act of looting and is also a playful homage to the dog Looty, which was found by a British captain after troops looted the Summer Palace near Beijing in 1860, taken back to London and presented to Queen Victoria.

If it has been less than 30 days since you initiated the deletion, you can cancel your account deletion.
Sasa
2 months ago

The feature will roll out to all users worldwide.
Sasa
2 months ago

WhatsApp: How to tell if someone has blocked you

The application does not notify you if you get blocked.
Sasa
2 months ago

Airbnb to shut domestic business in China from July 30

Founded in 2008, Airbnb started providing services in mainland China in 2015.
News
2 months ago

The drink is available in orange and lemon-lime flavour.
News
2 months ago

From bathing with underwear to sharing personal bathing effects, habits that ought to stop.
Sasa
2 months ago

Igiza is the first Kenyan scripted double-rolled series.
Sasa
2 months ago
“WATCH: The latest videos from the Star”
by REUTERS Reuters
Africa
24 May 2022 - 13:03