Ukraine is also a major producer of cereals such as maize and wheat which have risen sharply in price too.

•The acknowledgement by the World Bank president that we have to be worried about a developing country debt crisis, is very significant. 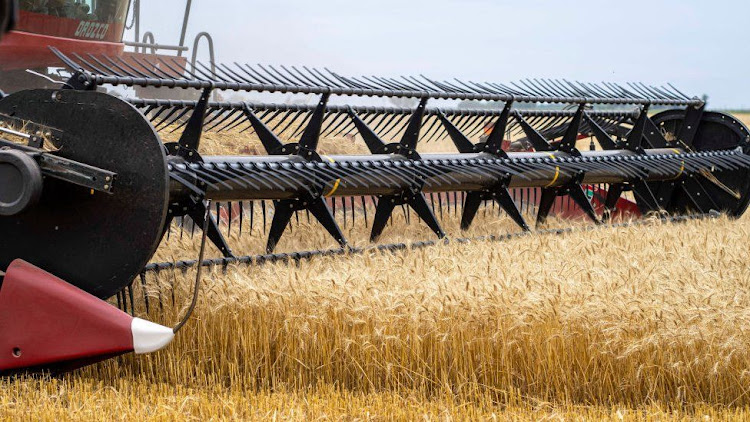 The world faces a "human catastrophe" from a food crisis arising from Russia's invasion of Ukraine, World Bank president David Malpass has said.

He told the BBC that record rises in food prices would push hundreds of millions people into poverty and lower nutrition, if the crisis continues.

The World Bank calculates there could be a "huge" 37% jump in food prices.

This would hit the poor hardest, who will "eat less and have less money for anything else such as schooling".

In an interview with BBC economics editor Faisal Islam, Mr Malpass, who leads the institution charged with global alleviation of poverty, said the impact on the poor made it "an unfair kind of crisis... that was true also of Covid".

"It's a human catastrophe, meaning nutrition goes down. But then it also becomes a political challenge for governments who can't do anything about it, they didn't cause it and they see the prices going up," he said on the sidelines of the IMF-World Bank meetings in Washington. 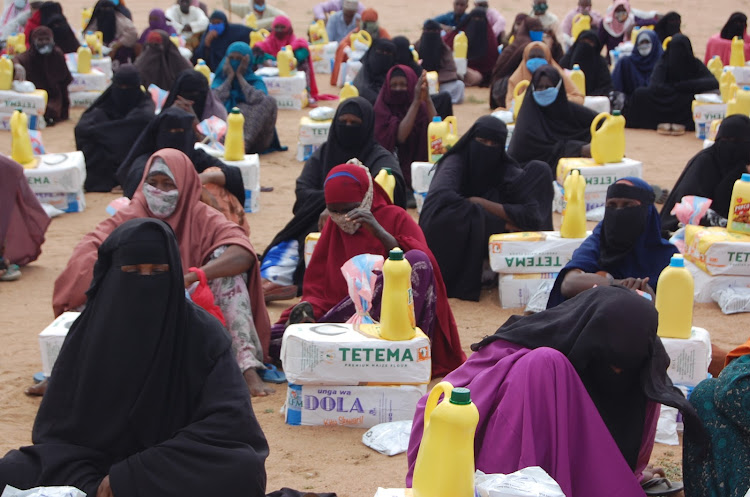 The price rises are broad and deep, he said: "It's affecting food of all different kinds oils, grains, and then it gets into other crops, corn crops, because they go up when wheat goes up".

There was enough food in the world to feed everybody, he said, and global stockpiles are large by historical standards, but there will have to be a sharing or sales process to get the food to where it is needed.

Instead, he said, the focus needed to be on increasing supplies across the world of fertilisers and food, alongside targeted assistance for the very poorest people.

The World Bank chief also warned of a knock on "crisis within a crisis" arising from the inability of developing countries to service their large pandemic debts, amid rising food and energy prices.

"This is a very real prospect. It's happening for some countries, we don't know how far it'll go. As many as 60% of the poorest countries right now are either in debt distress or at high risk of being in debt distress," he said.

"We have to be worried about a debt crisis, the best thing to do is to start early to act early on finding ways to reduce the debt burden for countries that are on have unsustainable debt, the longer you put it off, the worse it is," he added.

The acknowledgement by the World Bank president that we have to be worried about a developing country debt crisis, is very significant.

The combination of massive pandemic debts with rising interest rates, and rising prices is truly toxic.

The talk on the sidelines here at the IMF and World Bank meetings is that the rich countries told emerging economies not to worry about borrowing in order to spend to help suppress the pandemic.

Now those countries are wondering if these record debts will be written off.

Campaigning groups are preparing mobilisations over a pandemic debt jubilee. But there is silence from the rich country lenders, so far.

And there is a very new dynamic these days. The bankers to whom these sums are owed are no longer just in the West.

China is now, very broadly, owed as much as the entire collection of Western creditors known as the Paris Club.

How will it respond to calls for leniency on the repayment of loans?

Mr Malpass says of China: "They have different rules, for example, contracts that have non-disclosure clauses, meaning you can't share the terms with other people that makes it very hard to restructure those debts".

China has also secured its lending against ports and natural resources. Sri Lanka is a case in point right now.

The unwinding of all of this might not be orderly, and could have significant geopolitical consequences.

Earlier this month, the United Nations said that the Ukraine war had led to a "giant leap" in food prices, as they hit a new record high in March.

It came as the war cut off supplies from the world's biggest exporter of sunflower oil and the cost of alternatives climbed.

Ukraine is also a major producer of cereals such as maize and wheat which have risen sharply in price too.

The UN said "war in the Black Sea region spread shocks through markets for staple grains and vegetable oils".

Food prices are at their highest since records began 60 years ago, according to the index, after they jumped nearly 13% in March, following February's record high.

Food commodity prices were already at 10-year highs before the war in Ukraine, according to the index, because of global harvest issues.

'Crisis within a crisis' is coming, World Bank warns

Food crisis would hit the poorest countries the hardest because they will “eat less and have less money for anything else.
News
2 months ago

They expect GDP growth to drop to 3.6 and 3.2 per cent respectively
Business
2 months ago