Only a few thousand people vote for a parliament that would represent the nation of around 16.3 million.

•Only a few thousand people vote for a parliament that would represent the nation of around 16.3 million.

•Member House of People is chosen by delegates appointed by clan elders and members of civil society who are selected by regional state officials. The MPs then vote for a president, who leads the country. 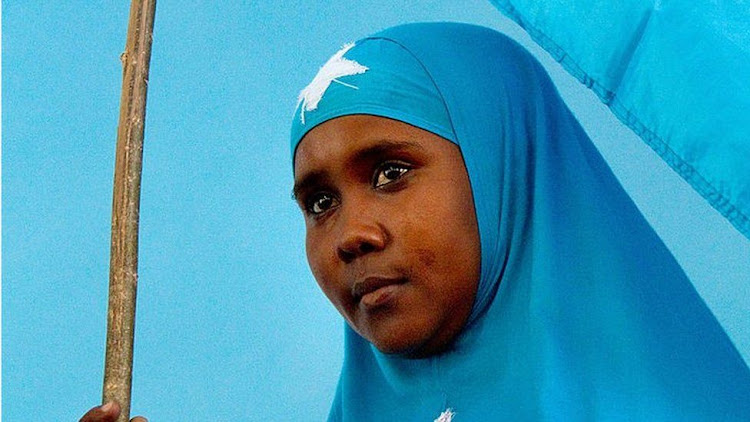 Somalia's new MPs are being sworn in following a unique election for its parliament - known as the House of the People.

But the people did not vote in a poll that has been dragging on for a record four months - more than double the time it took to pull off India's election, the biggest democratic exercise in the world, in which more than 600 million people voted.

In Somalia, only a few thousand people voted for a parliament that would represent the nation of around 16.3 million.

This is because Somalia uses a complex and indirect political system and political parties do not contest elections. Nor do one-person-one-vote elections take place.

Instead, the 275-member House of People is chosen by delegates appointed by clan elders and members of civil society who are selected by regional state officials. The MPs then vote for a president, who leads the country.

It shows the power of clans in Somalia - they form the backbone of a society in which Western-style democracy has not taken root.

They also fill the vacuum created by the absence of a functioning state - Somalia has not had one since the socialist regime led by Siad Barre collapsed in 1991. 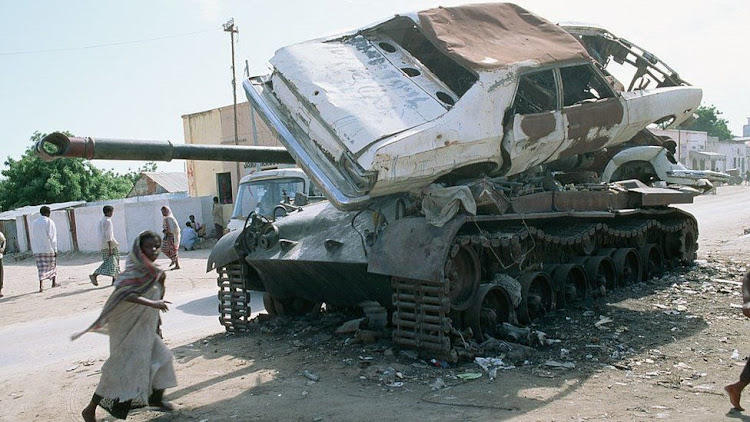 Somalia plunged into a civil war in the 1980s, leading to the overthrow of the Siad Barre regime

As there is intense rivalry among Somalia's clans, the system is based on a power-sharing formula, where the four major clans have an equal number of parliamentary seats and the remaining clans are lumped together and given half the number.

Most of them are due to be sworn in on Thursday, following the elections for the two parliamentary chambers. But elections in some regions have not yet been concluded because of disputes over various issues, including the eligibility of candidates.

However, this is unlikely to delay the inauguration of other MPs.

The elections were rocked my massive corruption, abuse of power and disregard of the election's rules. It is believed millions of dollars were spent in buying delegates in some cases.

Unfortunately, the country does not have institutions that can act against corruption.

Qatar is a major player in the political scene. Analysts believe that it single-handedly financed current President Mohamed Abdullahi Farmajo's campaign in the 2017 vote, and had huge access to his administration.

What will be the new MPs' priorities?

But he remained in office because political bickering and the lack of preparations delayed the parliamentary election, leaving him - and lawmakers - without a mandate to govern.

The parliamentary election was finally held under pressure from Western donors - including the US which restricted visas for officials seen as undermining the electoral process.

The International Monetary Fund (IMF) said it could stop financial support for Somalia by mid-May if elections were not completed.

Once a new government takes office, it will have to address Somalia's challenges - including the drought. It has been worsening in the last three years and aid agencies are now warning of a famine.

What's the West's interest in Somalia?

Their main concern is the growth of militant Islam. Somalia is the headquarters of al-Shabab, an al-Qaeda affiliate regarded as the most dangerous in Africa.

Militant Islam grew in Somalia about two decades ago after US-backed Ethiopian troops stormed the capital, Mogadishu, to oust the Union of Islamic Courts (UIC) from power.

The defeat of the UIC led to al-Shabab gaining strength, as the militants vowed to drive out the "invaders".

Today, al-Shabab controls many parts of Somalia, and carries out frequent attacks aimed at overthrowing the government and establishing Islamist rule.

In the 2012 and 2016 election, al-Shabab threatened and even kidnapped clan elders after condemning them for participating in what it saw as un-Islamic election.

This time around, its response to the elections has been more muted, with fears that its members or sympathisers may have secretly sought parliamentary seats in a bid to undermine the system from within.

The fear was publicly expressed by neighbouring Djibouti's President Omar Guelleh in 2020, when he was quoted as saying: "I fear we will end up with a parliament indirectly controlled by al-Shabab because they'll have bought the support of some of the MPs."

Some analysts felt Mr Guelleh was exaggerating the possibility of al-Shabab gaining a foothold in parliament, but there is no doubt that it is a major political force in Somalia.

Could Somalia become a democracy?

Somalia's power-brokers agreed a long time ago that one-person-vote elections would be held by this year, but they failed to fulfil the promise.

That was not surprising, as some of the key requirements - including the registration of political parties and the ratification of a new constitution via a referendum - did not happen.

It is unclear to what extent it will be the priority of the next government, which will have lots of huge challenges

Climate change caused armyworms to migrate to Uganda from countries that were hotter.
News
7 months ago

Implementation has been slow and the opposing forces have clashed over how to share power.
News
7 months ago

Amaya was researching a doctorate on the social lives of male and female chimpanzees.
News
7 months ago

Oscar-winning film director Peter Ramsey is serving as executive producer on the project.
Sasa
7 months ago
Post a comment
WATCH: The latest videos from the Star
by BBC NEWS None
Africa
14 April 2022 - 15:19
Read The E-Paper