Envoy says the meeting will offer a platform for regional countries to settle their differences peacefully.

• In February, China announced it was appointing an experienced senior diplomat as its special envoy in the turbulent region.

• The region is facing instability with the Tigray war in Ethiopia, the delayed elections in Somalia, the dragging in the implementation of the South Sudan peace deal 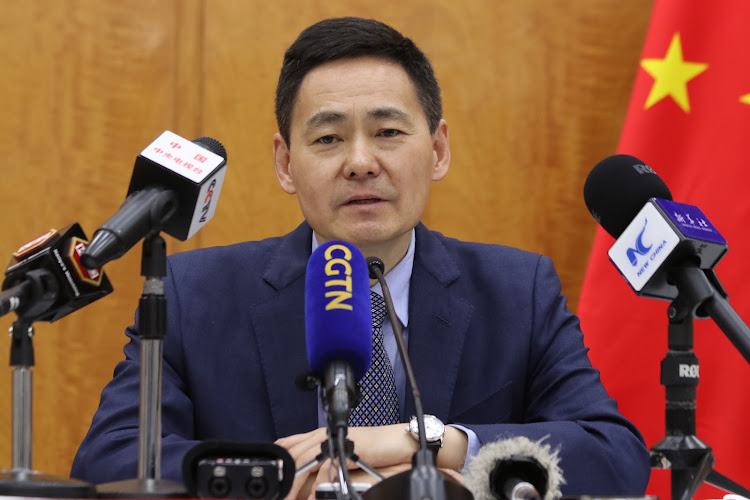 China Special Envoy for the Horn of Africa Ambassador Xue Bing during a press briefing at the Chinese Embassy, Nairobi, on Saturday, March 19, 2022
Image: WILFRED NYANGARESI

China will hold the first peace conference in the first half of this year, the new and first special envoy to the Horn of Africa Xue Bing has said.

Speaking at a press briefing at the China Embassy in Nairobi on Saturday, Ambassador Xue said the meeting will offer a platform for the countries in the region to settle their differences through negotiations.

Kenya and Ethiopia have offered to host the conference, he said.

In February, China announced it was appointing the experienced senior diplomat as its special envoy in the turbulent region.

The region is facing instability with the Tigray war in Ethiopia, the delayed elections in Somalia, the dragging in the implementation of the South Sudan peace deal and the political crisis in Sudan following the coup and resignation of Prime Minister Abdalla Hamdok.

Xue said being the first time China is appointing a special envoy to the region, it is a demonstration of the seriousness with which the country’s Foreign Affairs ministry takes the region.

“The Horn of Africa region is home to countries that have traditional relations with China. We are strategic partners. This area is strategically located and abundant in resources. The potential of development is huge”. 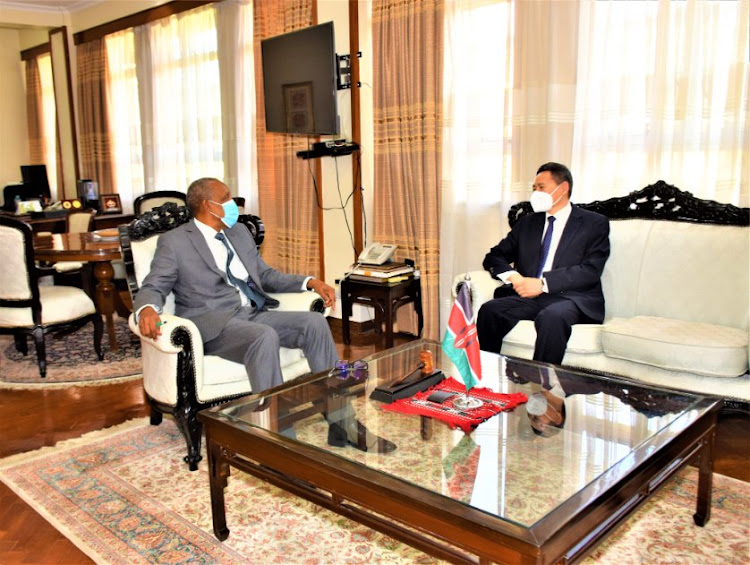 By Saturday, Ambassador Xue had visited Eritrea, Ethiopia, Djibouti, Somalia and Kenya, and is set to tour Uganda and South Sudan.

On Friday, he said he met with Kenya’s Foreign Affairs PS and had "a very good discussion".

The Foreign Affairs ministry tweeted after the meeting: "The PS welcomed China's move to appoint a special envoy to the Horn of Africa, noting the initiative is timely as it will add impetus to the efforts by various partners to find lasting solutions to the peace and security threats in the Horn of Africa region".

From the initial response, he said, the regional countries are all positive and have welcomed the Chinese proposal.

In April 2021, the United States appointed Ambassador Jeffrey Feltman as its US special envoy, who was in January this year succeeded by Ambassador David Satterfield.

In his communication of the new appointment, US Secretary of State Antony Blinken said they had interned Feltman’s appointment to be for less than a year.

“However, the ongoing instability in the Horn of Africa and the region’s interlinked political, security, and humanitarian challenges demand sustained focus by the United States,” he said.

Blinked added that Ambassador Satterfield’s decades of diplomatic experience and work amidst some of the world’s most challenging conflicts will be instrumental in America’s continued effort to promote the peaceful Horn of Africa and to advance US interests in the strategic region.

Freedoms have also been curtailed with the banning of international media, targeting of journalists, activists and social media campaigns.
Siasa
6 months ago

The visit by FM Wang Yi demonstrates solidarity and mutual trust between the two partners.
News
8 months ago
WATCH: The latest news from across Africa
Post a comment
WATCH: The latest videos from the Star
by ELIUD KIBII Subeditor and writer
Africa
19 March 2022 - 15:29
Read The E-Paper