Gen Kainerugaba posted on Twitter that he had retired from the army.

• Gen Kainerugaba, widely believed to be Museveni's successor, on Tuesday posted on Twitter that he had retired from the army after 28 years of service. 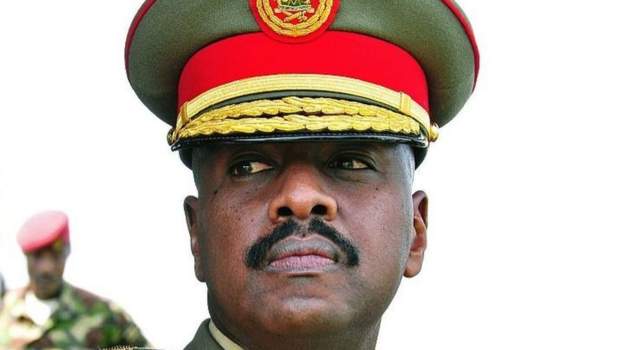 President Yoweri Museveni's son has not retired from the Ugandan army despite his social media announcement, the army says.

Army spokesperson Brig Gen Felix Kulaigye said Lt Gen Muhoozi Kainerugaba, who is also the commander of Uganda's land forces, is still active and has not even applied for retirement.

Gen Kainerugaba, widely believed to be Museveni's successor, on Tuesday posted on Twitter that he had retired from the army after 28 years of service.

Hours after the tweet went viral, a video of the "First Son" with his close friend, journalist Andrew Mwenda, was released. In it Gen Kainerugaba insisted he will only retire in eight years.

The real news about @mkainerugaba retirement from @UPDFspokespersn is right here! pic.twitter.com/VWKaV1BSmb

Despite the denials, many Ugandans continue to believe that Gen Kainerugaba has resigned to succeed his father in the next presidential election.

This is not the first time that Gen Kainerugaba has posted controversial tweets that raised criticism of him as both a military commander and the president's son.

In 2017, Muhoozi was appointed as the Presidential Adviser.
News
9 months ago
WATCH: The latest news from around the World
Post a comment
WATCH: The latest videos from the Star
by BBC NEWS None
Africa
09 March 2022 - 19:49
Read The E-Paper