He will be accompanied by First Lady Auxillia Mnangagwa.

• They will be received by President Uhuru Kenyatta and First Lady Margaret Kenyatta on Wednesday, at State House, Nairobi. 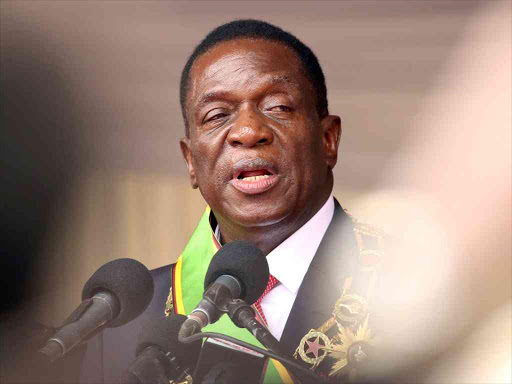 President Emmerson Mnangagwa of Zimbabwe is set to visit the country today for a three-day State visit.

They will be received by their Kenyan hosts President Uhuru Kenyatta and First Lady Margaret Kenyatta on Wednesday, at State House, Nairobi.

Earlier during the day, Kenya- Zimbabwe Joint Permanent Commission for Cooperation (JPCC) laid a strong foundation ahead of Mnangagwa's.

During the ministerial meeting, Agreed Minutes were signed which hold great promise for cooperation in various sectors, opportunity to strengthen bilateral ties, and leverage the potential for bilateral trade, investment, tourism among other areas.

Mnangagwa won the 2018 elections by gaining 50.8 per cent of votes with all the 10 provinces declared, as his opposition leader Nelson Chamisa gained 44.3 per cent.

Mnangagwa took over from the late President Robert Mugabe in November 2017.