He anointed himself president just three weeks after celebrating his 41st birthday.

• He anointed himself president just three weeks after celebrating his 41st birthday.

• Holding the grand title of "President of the Patriotic Movement for Safeguarding and Restoration", Lt-Col Damiba forms the West African triumvirate of military rulers. 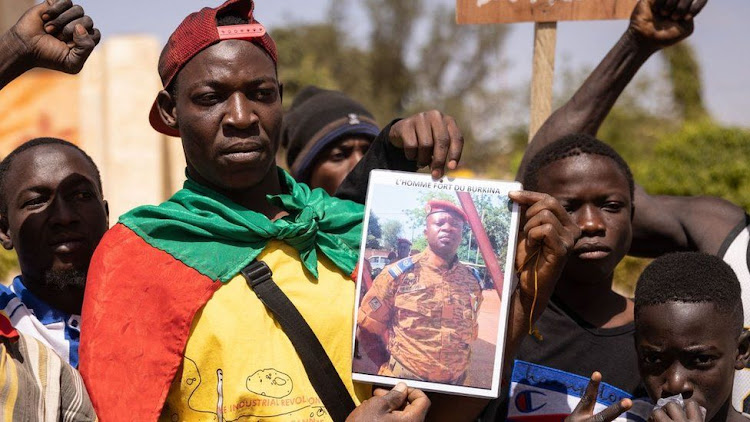 Trained by the US and France in warfare, the young Lt-Col Paul-Henri Sandaogo Damiba turned on his political masters in Burkina Faso by seizing power in a coup.

He anointed himself president just three weeks after celebrating his 41st birthday, making him the latest man in camouflage to overthrow a government, and raising fears that what UN chief António Guterres last year called the "epidemic of coups" - in countries ranging from Sudan to Myanmar - could continue into the new year.

Sporting a red beret, Lt-Col Damiba sat impassively - as Reuters news agency put it - in a low-lit studio on Monday evening, leaving a captain to announce on state television that he had toppled President Roch Kaboré, a former banker who is now his prisoner.

Holding the grand title of "President of the Patriotic Movement for Safeguarding and Restoration", Lt-Col Damiba forms the West African triumvirate of military rulers - along with Guinea's charismatic Col Mamady Doumbouya, who was also born in 1981, and Mali's bearded Col Assimi Goïta, who is the youngest of the trio, having been born in 1983.

Though they have become political pariahs in much of Africa and the West for seizing power through the barrel of the gun, the trio appear to have significant public support in their countries - all former French colonies.

"It's the liberation of a country, which was being governed by people who were incompetent," the teacher added.

This view was expressed despite the fact that Lt-Col Damiba has neither addressed the nation nor granted media interviews since seizing power, suggesting he is, at the least, publicity-shy - not ideal for a president.

A well-connected West African security source told the BBC: "He is not very talkative but when he does talk, you should take him seriously.

"He is a born leader and is very close to the men he commands, rather than keeping his distance from them. For him, results on the grounds are what matters."

Lt-Col Damiba also seems to be academically oriented, having authored West African Armies and Terrorism: Uncertain Responses? - a book on the biggest crisis facing Burkina Faso, the Islamist insurgency which has left about 2,000 people dead since 2015 and about 300,000 children without education after their schools were forced to close.

In the statement read on his behalf by the captain who announced the coup, Lt-Col Damiba cited the deteriorating security situation as the chief reason for overthrowing Mr Kaboré.

He turned on the president despite the fact that he had been promoted about seven weeks earlier to lead anti-terrorism operations in Ouagadougou, and in the east of the country, in what was seen as a military shake-up by Mr Kaboré to tighten his grip on power and to placate troops angered by the killing of more than 50 security force members in November.

The security source said that Lt-Col Damiba's decision to strike against his former boss did not come as a surprise, as "he is someone who doesn't do things by half-measures".

"He sees the issue of jihadist insurgencies as a complex problem, which cannot be solved through military means alone.

"This isn't an easy thing for a soldier to say but he is someone who says what he thinks," the source said.

Lt-Col Damiba's background is similar to that of many of Burkina Faso's military elite - he studied in France at a military academy and a prestigious institution where he got a Master's in criminal sciences, and served in the presidential guard of the now-exiled Blaise Compaoré who, during his decades-long rule, maintained strong ties with the former colonial power.

More recently, Lt-Col Damiba received military training from the US, as it increasingly turned its attention to West Africa to fight militant Islamists who have gained a foothold in the region.

The US Africa Command confirmed to The New York Times that Lt-Col Damiba took part in American military courses and exercises between 2010 and 2020, and received instruction on the law of armed conflict, and respect for human rights. 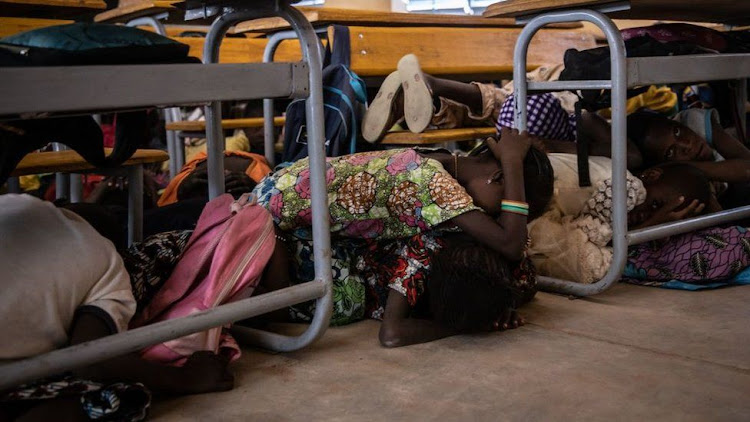 Schoolchildren are trained on what to do if insurgents attack.
Image: GETTY IMAGES

But the security source the BBC spoke to said they did not expect Lt-Col Damiba to be beholden to any foreign power.

"He believes that Africa should bear responsibility for its own problems, rather than relying on the West, or anyone else."

The jury is out on that - some supporters of Lt-Col Damiba carried Russian flags as they celebrated the coup in Ouagadougou, calling on Russia to help in the fight against the militant Islamists.

They were taking their cue from Mali, where the junta is said to have brought in Russia's controversial Wagner group to defeat the insurgents, to the chagrin of 15 European nations who - along with Canada - issued a statement in December saying they "deeply regret" the decision to use "already scarce public funds" to pay foreign mercenaries.