Uganda issues directive to allow pregnant students back in schools

For several years, schools turned away pregnant girls from classrooms

• Civil rights organisations in Uganda came out to oppose this age-old directive to keep pregnant girls out of schools. 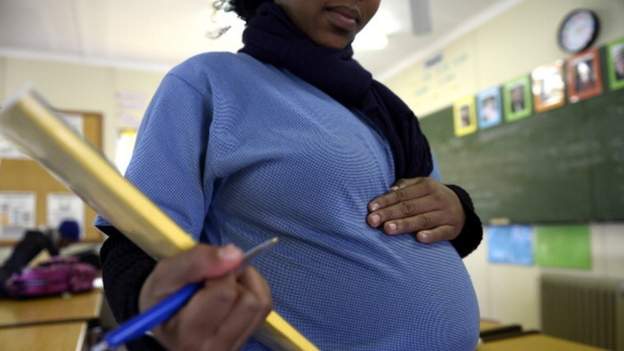 Uganda is finally allowing pregnant and lactating students to go back to the classroom after several years of locking them out.

This follows weeks after schools in the country were reopened after being shut down for months to mitigate the spread of Covid-19.

Uganda has had the longest school closure due to the pandemic in the East African region.

During the closure period, many cases of unplanned pregnancies were reported among school-going girls.

Ugandan children back to school after nearly 2-year Covid closure

"While Uganda has a policy that allows pregnant learners to continue with their studies after delivering, in the past, schools have been quick to chase learners who are discovered to be pregnant," said the paper.

Civil rights organisations in Uganda came out to oppose this age-old directive to keep pregnant girls out of schools.

Among them was Amplify, a girls' rights organisation in Uganda that teamed up with other girls and women’s rights groups like Girl Up Uganda to demand pregnant girls to be allowed back in school.

In a press statement released to the media, Girl Up’s Executive Director Monica Nyiraguhabwa said that girls need to be added to the conversation regarding their futures.

“Let girls speak for themselves. If these girls feel like they can return to school, let’s support them. Instead, let us have a conversation of creating safer spaces for girls in school for them to return,” she said.

Amplify called on the community to support pregnant girls’ re-entry to school by advocating for equal opportunities for all girls.

“Girls want to return to school. We can help them as a society by having conversations that remove the stigma that follows pregnant teen girls so they can learn without discrimination,” they concluded.