The decision comes amid tension between Mali and its international partners.

• The Takuba Task Force was established as a partial successor to a French counter-terrorism operation in the West African Sahel region.

• The statement said all partners in the task force needed a prior accord with the government before deployments in Mali. 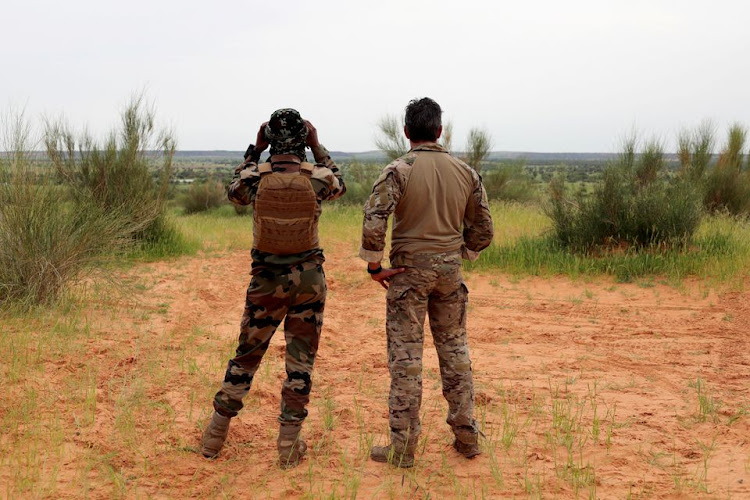 A soldier from the new Takuba force stands with a Malian soldier during a patrol near Niger border in Dansongo Circle, Mali August 23, 2021.
Image: REUTERS/Paul Lorgerie

Mali's government said on Monday it had asked Denmark to immediately withdraw troops deployed to the West African nation as part of a French-led counter-terrorism task force because it was not consulted and the deployment failed to follow protocol.

"The government of Mali notes with astonishment, the deployment on its territory of a contingent of Danish special forces within the Takuba force," the government said in a statement.

It said the deployment took place without its consent, and without consideration of the additional protocol applicable to the task force, adding that Denmark should immediately withdraw the troops.

The statement said all partners in the task force needed a prior accord with the government before deployments in Mali.

The decision comes amid tension between Mali and its international partners including regional bodies and the European Union that have sanctioned Mali after the transitional government failed to organise elections following two military coups.

Tensions have escalated also over allegations that transitional authorities have deployed private military contractors from the Russia-backed Wagner Group to Mali, which some EU countries have said was incompatible with their mission.

A statement on the Danish defence ministry website said on Monday that about 90 personnel including surgeons and the Danish army special forces, logistics support were deployed. Their mandate was supposed to last until early 2023, it said.

The Takuba Task Force was established as a partial successor to a French counter-terrorism operation in the West African Sahel region that French President Emmanuel Macron has started to reduce from its initial 5,000-strong force.

The task force is comprised of some 14 European countries, which provide special forces, logistical and tactical support to work alongside regional troops for targeted operations against Islamist militants.

The forces are expected to help Mali and West Africa Sahel neighbours Burkina Faso and Niger tackle jihadist militants linked to the Islamic State and al Qaeda who have occupied swathes of territory in the tri-border area of the countries.

"The aim is to stabilize Mali and parts of the Liptako-Gourma three-country area encompassing localities in Mali, Niger, and Burkina Faso, and to ensure the protection of civilians against terrorist groups," the Danish statement said.